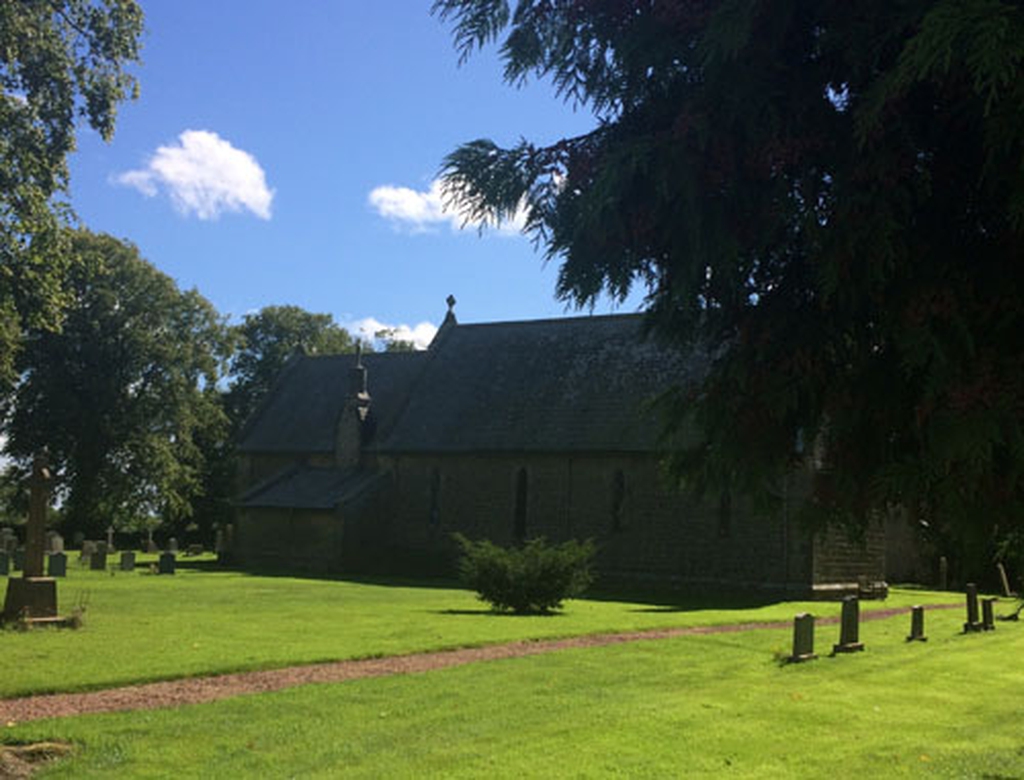 The original chapel was built in mediaeval times by the knightly de Lucker family. It stood opposite the present church towards Brockley Hall and was originally serviced by the Vicar of Ellingham. At this time until 1882, the whole of Northumberland formed part of the Diocese of Durham.

Around 1343 the people of the village were directed by a decree to contribute to the maintenance of the Parish Church at Ellingham. Due to marauders from Scotland and / or possibly the quarrel with Ellingham and its then Vicar, the chapel at South Charlton fell into ruin. The Earl had a tower built at the end of South Charlton chapel as a place of refuge around 1450 for the village.

In the mid 19th century, the old village was cleared away and rebuilt in its present position. All that remains is a fortified Bastle House (No. 22) which has served as a school and a reading room, but now is a private home.

The present church was consecrated in 1862, built by Algernon, Duke of Northumberland, and comprises a chancel, north side vestry, nave and a porch on the south side. The vicarage, which is now Grovewood House is run as a private rest home, was built around the same time by the Duke and the Percy crest can be seen above the doorway.

Bamburgh Beach and Castle with views of the Farne Islands and Lindisfarne are just a stone’s throw from the A1.