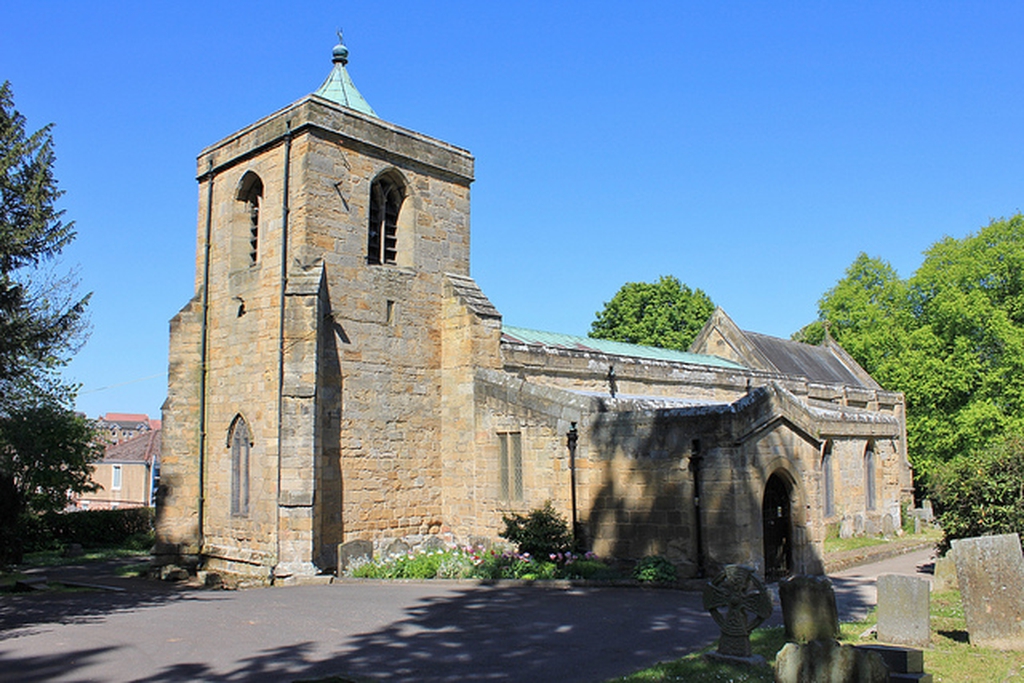 The Parish Church of St Mary the Virgin, the oldest of the three church buildings in the Parish, stands on the Kirkhill approximately one mile out of the town of Morpeth. With its natural position and architectural features it is one of the finest and largest 14th century churches in the County of Northumberland.

The east window of the chancel is the chief glory of the church, depicting Jesse’s dream. The heodstops supporting the hood moulding of the east window may represent Edward Ill and Queen Philippa, so the dating would be before 1377

The ancient Church of England parish church of Morpeth is St Mary's at Highchurch. The oldest remaining parts of the structure belong to the Transitional Early English style of the mid to late 12th century. The church, which was the only Anglican place of worship in the area until the 1840s, has been restored on a number of occasions.[20]

The grave of Emily Wilding Davison, the suffragette who was killed when she fell under the King's horse during the Epsom Derby in 1913, lies in St Mary's graveyard. Her gravestone bears the slogan of the Women's Social and Political Union: "Deeds not words".[20]