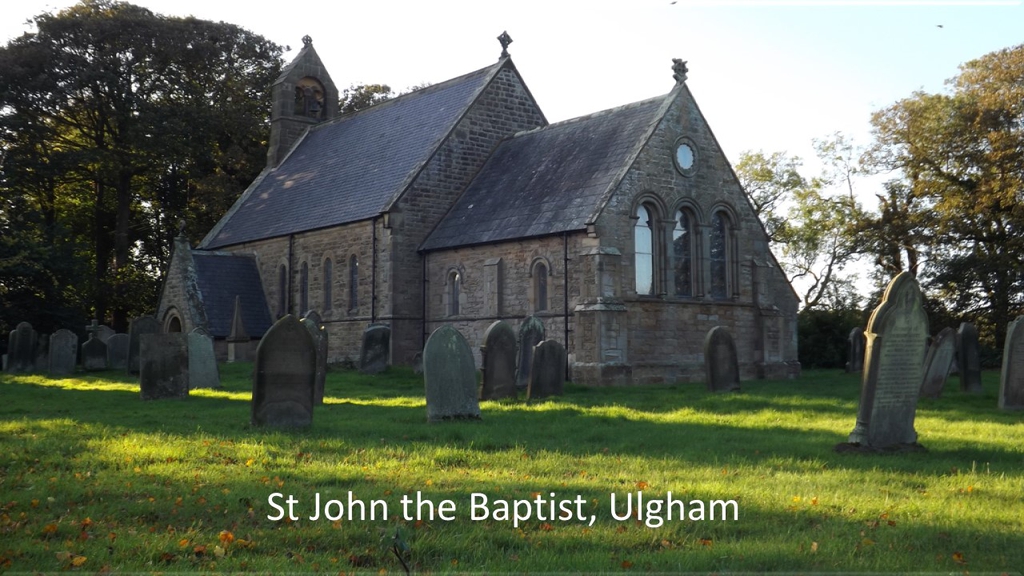 Holy Communion is held at 11.00 a.m. each Sunday.  The first Sunday of each month is the All Age service, followed by tea and coffee.

The church of St. John the Baptist belonged to the Morpeth Rectory until 1875, when it became a separate parish.  However, it is believed that a church has stood in this place since Saxon times.  The church was dowsed in 1885, showing a building on the present nave, minus the north aisle, with an apse extending just over half the way into the present chancel area.  The alignment of the church was north of east, which may indicate a Saxon church.  It is suggested that the first church was early 11th Century and would have been served by the itinerant monks of Lindisfarne.  However, the church site at Ulgham is ancient, as can be shown by the height of the burial ground around the church and its proximity to the Manor House.

The present church was completed in 1863.  A major refurbishment took place in 2009.

The church is involved in ecumenical work with all the churches in widdrington Station.  Members of the church are involved with Grange View C of E First School.  Details about services events and fund-raising activites are in the church magazine "Contact".