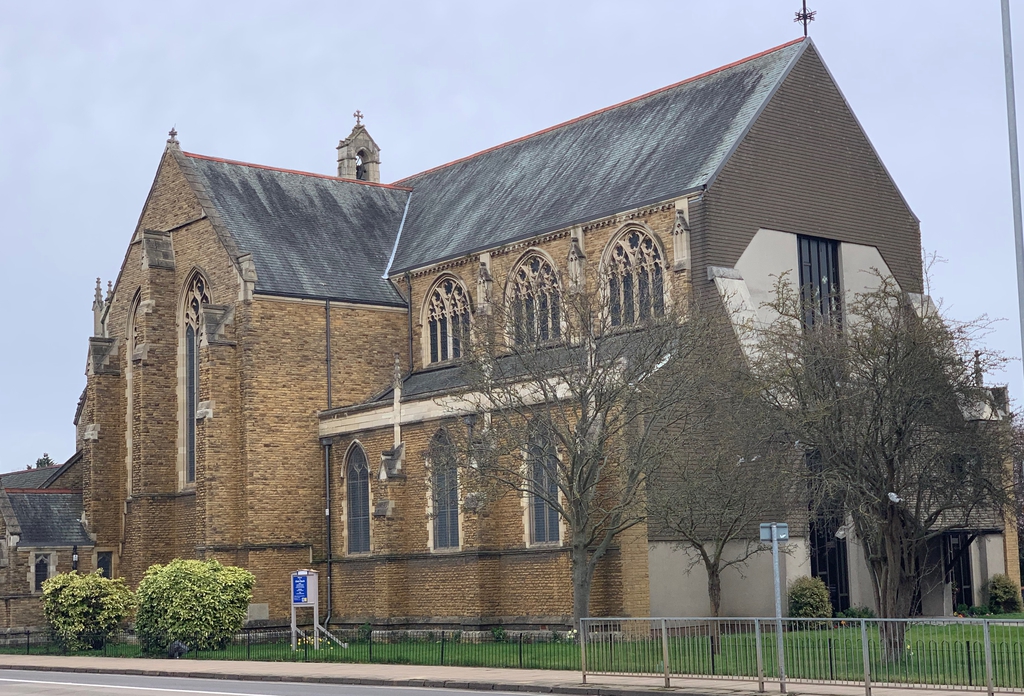 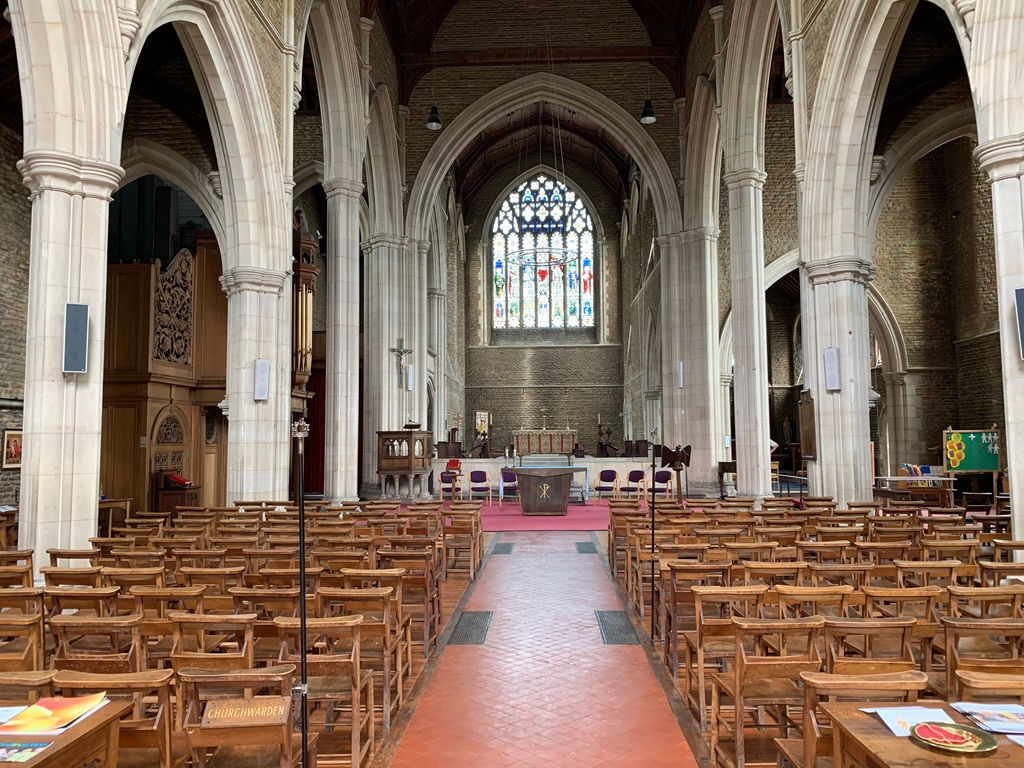 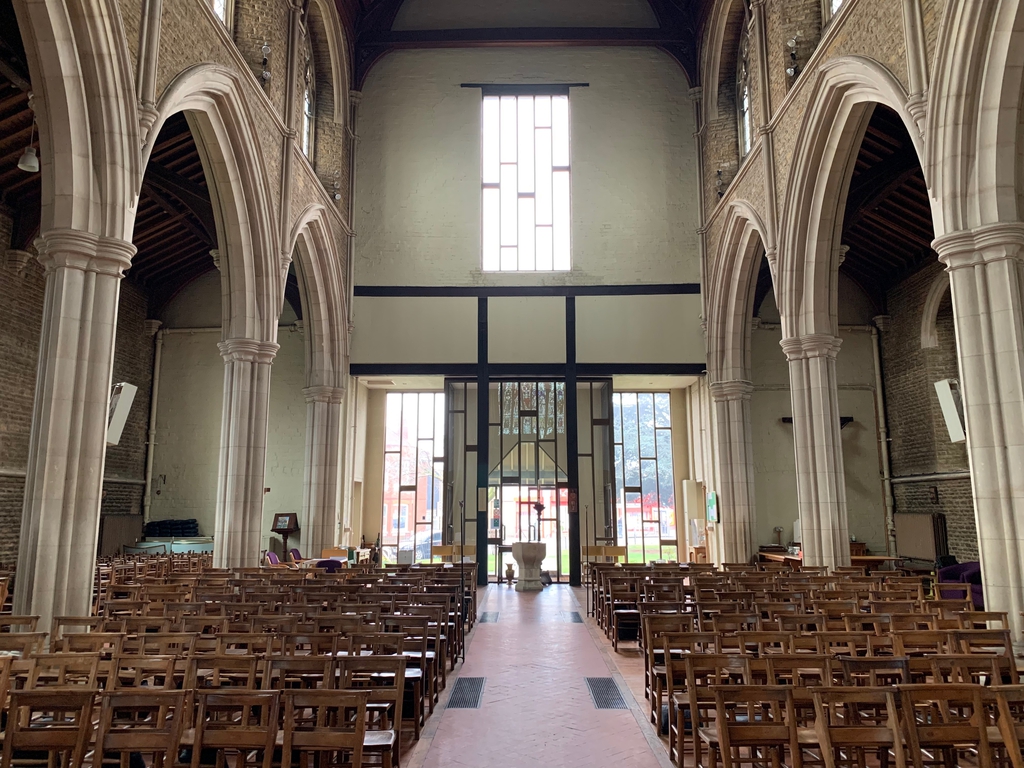 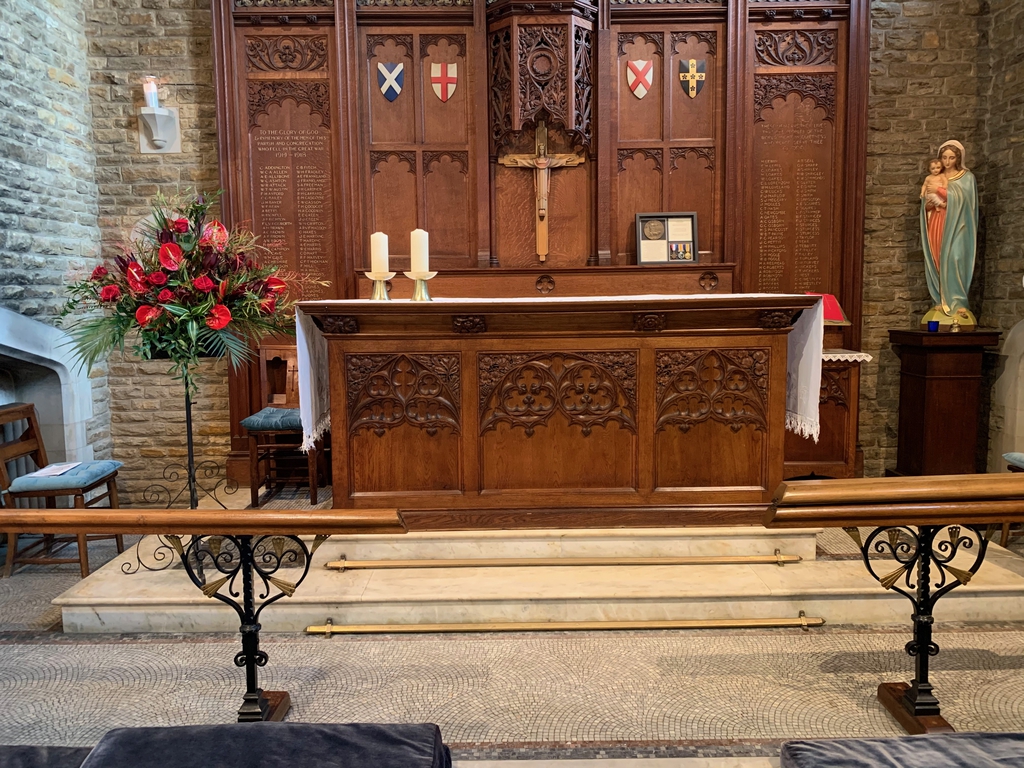 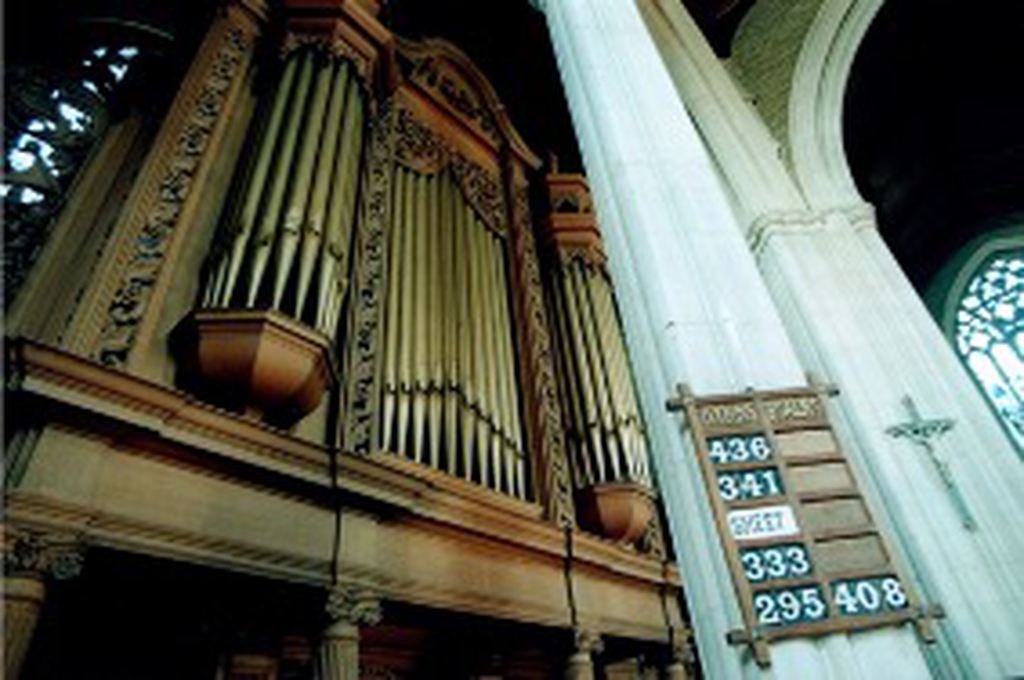 Available in the Church Hall next to the church.

In the ladies toilets in the Church Hall next to the church.

Available in the Church Hall next to the church.

Concerts are held throughout the year.

The organ was originally built by the Aeolian Company of America and installed in the music room at the Kingsthorpe home of Mr Richard Barratt by A E Davies & Son. The organ filled a chamber 25 feet wide by 12.5 feet deep, and 31 feet high, and its base being sunk 5 feet below floor level. It was sited in a room which was 50 feet long, 25 feet wide and 26 feet high. The case was made of Austrian oak and designed by Talbot Brown of Wellingborough, who was the architect responsible for the whole Kingsthorpe residence.

When originally built the organ possessed 53 speaking stops (Choir 13, Swell 17, Pedal 10), 3 tremulants, 15 couplers and 6 percussion stops. There were 2,147 pipes and a handsome console of figured walnut, which could be moved, enabling the organ to be played in either the music room or the lounge. Behind the music desk was a paper roll automatic player mechanism.

It was in 1936 that J W Walker & Sons enlarged the original organ by adding a further 5 stops to the choir (designated choir solo) and 7 to the pedal. Many of the pipes were replaced or remodelled, notably the main great chorus, and when completed the instrument contained 2,728 pipes and 92 draw stops. In 1961 Norman Barratt presented the organ to Christ Church, and was once again installed by J W Walker & Sons, who removed and moved the platform, the automatic player mechanism, the pedal octave coupler and the percussion stops.

Evensong on the 1st Sunday of the Month only.