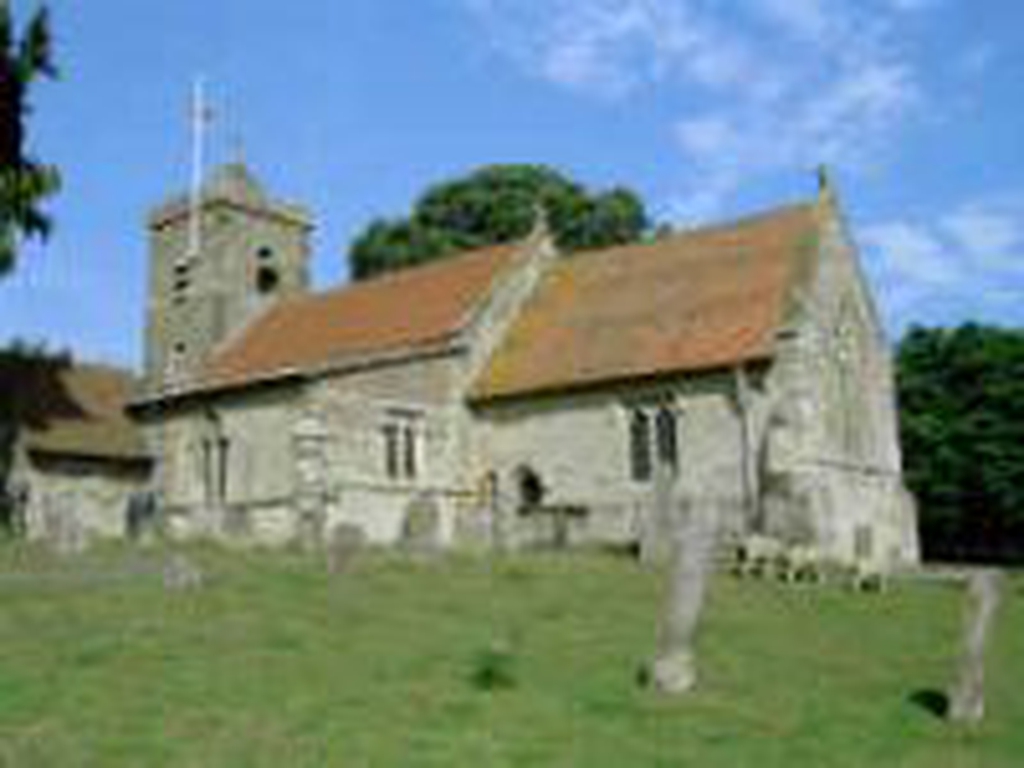 Slapton is the smallest village in the Whittlewood parishes and its tiny church of St Botolph is surrounded by fields, its churchyard often grazed by sheep from the neighbouring farm.

Although there has been some alteration to the building over the years, it remains in essence a 13th and 14th century building. The south porch carries two scratch or mass dials that would have been used to mark the time of services.

The chancel dates from the 14th century and has two tomb recesses of that date. The east window bears fragments of medieval glass, one of which is a shield with the arms of the Lucy family. It is most likely that it was this family that built the original church about the year 1260. The blocked north doorway dates from the 13th century and the east wall of the nave is also early 13th century.

The south aisle is 14th century. The screen now forming the Lady chapel is 16th century and would appear to have belonged elsewhere. There is a piscena in the eastern corner of the south wall, but not one in the chancel, which is unusual.

There are many other features which make this a jewel among medieval churches. Not least of these are the magnificent wall paintings. These cover much of the nave walls and remained whitewashed from the time of the Reformation until the middle of the 19th century, when they were found by the then rector, Mr Edman. They were professionally restored during the 1990’s.