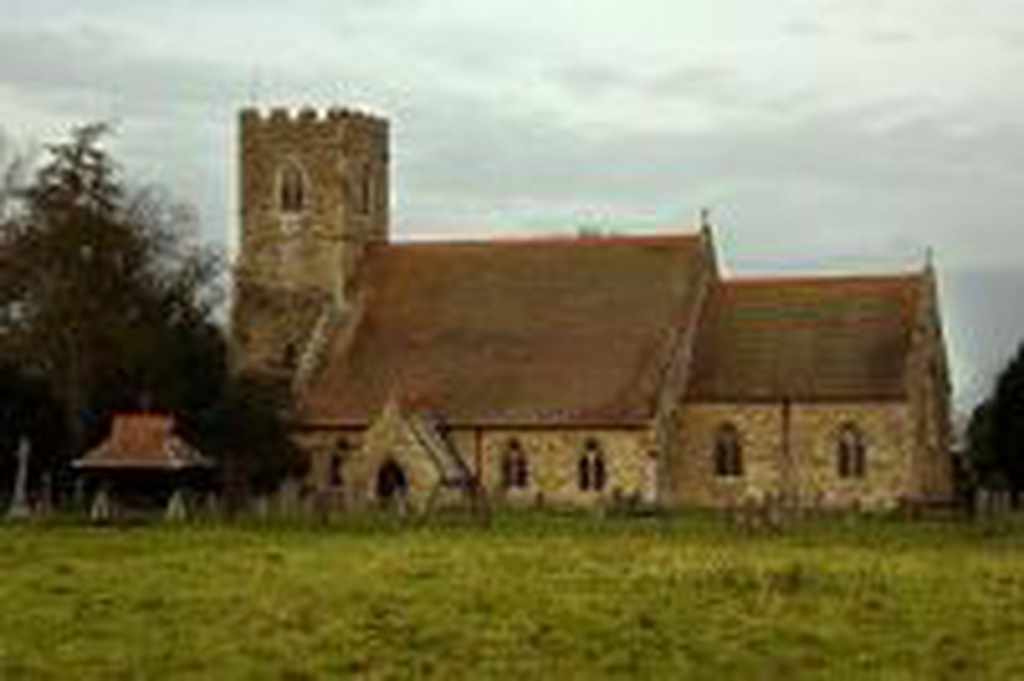 Whittlebury, though not mentioned in the Domesday of King William I appears in the Lydarium of King Henry II (about 1180) as “Wytlebyr, of the fee of Silveston”, and by 1329 had become “Wytlebury”. The manor house stood in Lord’s field, surrounded by a moat.

The church, like the manor, was judiciously built on a prominent site, the hill-crest. The oldest known reference to it is contained in the Register of Henry Burghurst, Bishop of Lincoln, compiled in 1322. The church itself is, of course, older than that. Its age can only be inferred from the style of its architecture, which indicates that the church and the lower part of the tower were built in about the year 1200.

The fine old church chest, in which wills etc used to be kept, is of 12th century pattern, probably made around 1200. The Chalice was made in the reign of Queen Elizabeth I (1570) and the Paten in Jacobean days (1685). The registers of Baptisms, Marriages and Burials are almost complete from 1655.

The Chancel was re-roofed in 1722 by the Rector. The floor of the church was neatly repaired in 1815; the beautiful edgewise slate paving of the porch is much older. Repairs, including wainscoting the chancel, repainting the gallery and other work were carried out by Lord Southampton in 1832, and in 1850 he built the vestry. The Font was provided by subscriptions in 1853. In 1877-78 the whole church was thoroughly restored through the munificence of Sir Robert Loder, re-roofing it, replacing old mullions by windows of decorated style, providing the beautiful carved marble reredos and mosaic, elegant pulpit, handsome oak pews and organ.