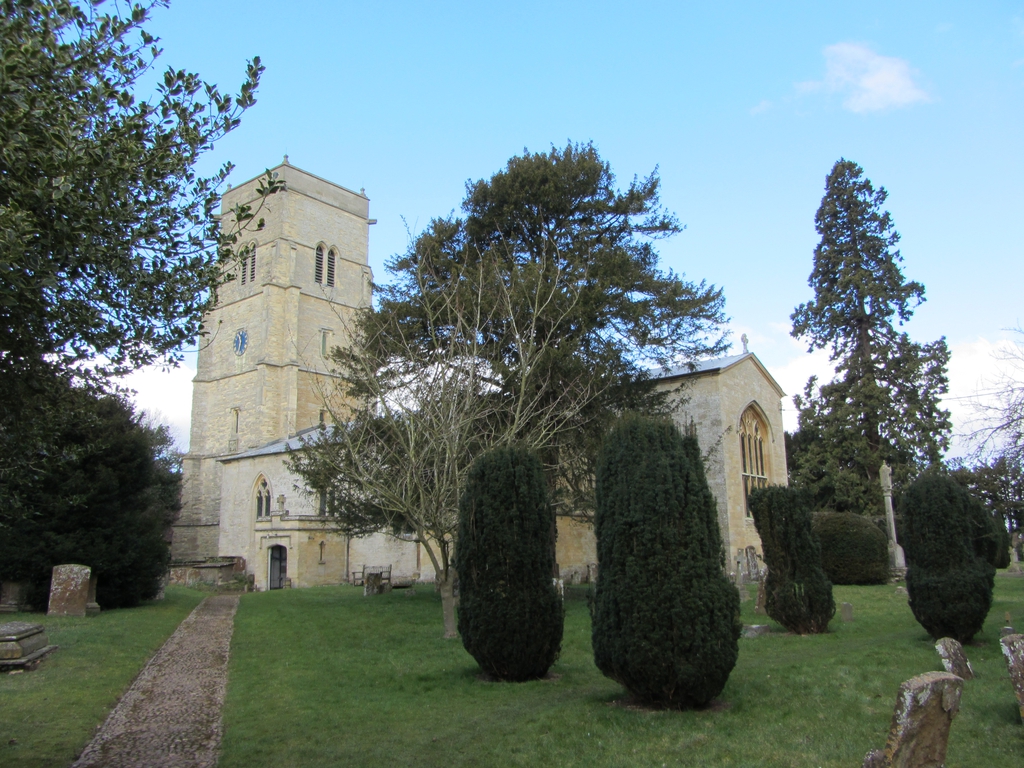 In 1587 two parishes, Wyke-Hamon and Wyke-Dive were amalgamated to form Wicken. On Ascension Day 1587 the union was formalised and the Rector supplied cake and ale for the celebrations. The church is a grade II* listed building mostly constructed in the mid 18th Century by Thomas Prowse. It was then altered and enlarged by Edward Swinfen Harris in the late 19th Century. Amongst its many beautiful features, the church boasts a beautiful fan vault of papier mache in the chancel. There is a ring of eight bells, said to be the best for their weight in the county.