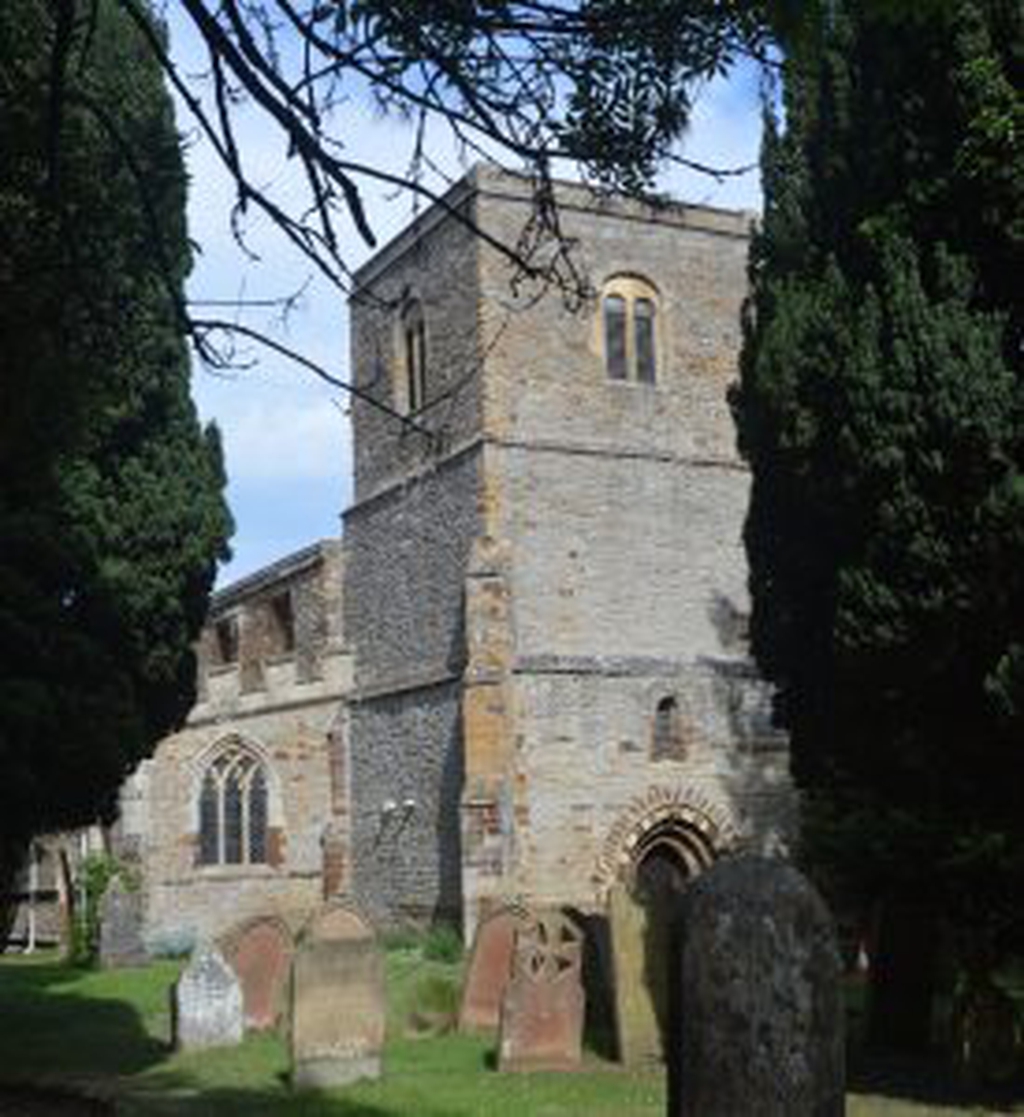 St Nicholas' Church dates from about 1100.  The first part to be built was the lower section of the bell tower.  The worship area was added in the first half of the 12th century by Simon, Earl of Huntingdon.  It was designed in the shape of a cross.  Over the centuries the building has undergone a great many changes, but many parts of the walls are original Norman.  It seems that the roof may originally have been thatched.  Intriguingly, a steeple was erected in 1660, but survived less than 80 years.

The Church has had a fascinating history.  It started life as a Religious House and was home to several nuns (on the north side of the chancel) and monks (on the south side).  They were, however, separated by a five-foot thick wall!  The church was also temporarily closed by King John.  At that time bodies were buried in the woods and sermons were preached outside the main door!  The building also housed the village school from 1823.

In mediaeval times the church housed five altars.  The main one was dedicated to the memory of St Nicholas, hence the eventual dedication of the church in his memory.  St Nicholas is the patron saint of, among other things, pawnbrokers, sailors, Russia, brewers, coopers, and boys!

There are many interesting features of the building.  These include the original Priest's Doorway on the north side of the chancel, the 17th century hour glass still in reach from the pulpit(!), a 15th century mural painting behind the lectern, and a collection of chained Bibles, dating from 1549.  The font dates from the early 13th century, and the choir stalls are about 500 years old.  The heavy church door hangs on one hinge and dates from the early 14thcentury.  The altar rails were installed about 300 years ago to prevent their lordships' spaniels spoiling the altar!

The first parish priest of Great Doddington was William de Cau in 1228.  Since 1998 the parish has been joined with the parish of St Mary, Wilby, to form one benefice.

Throughout these centuries, both through times of turbulence and peace, the Church of St Nicholas has been here, sharing the love of God with the people of Great Doddington.  Our building serves as a constant reminder to our growing parish that God is alive and active in our village.