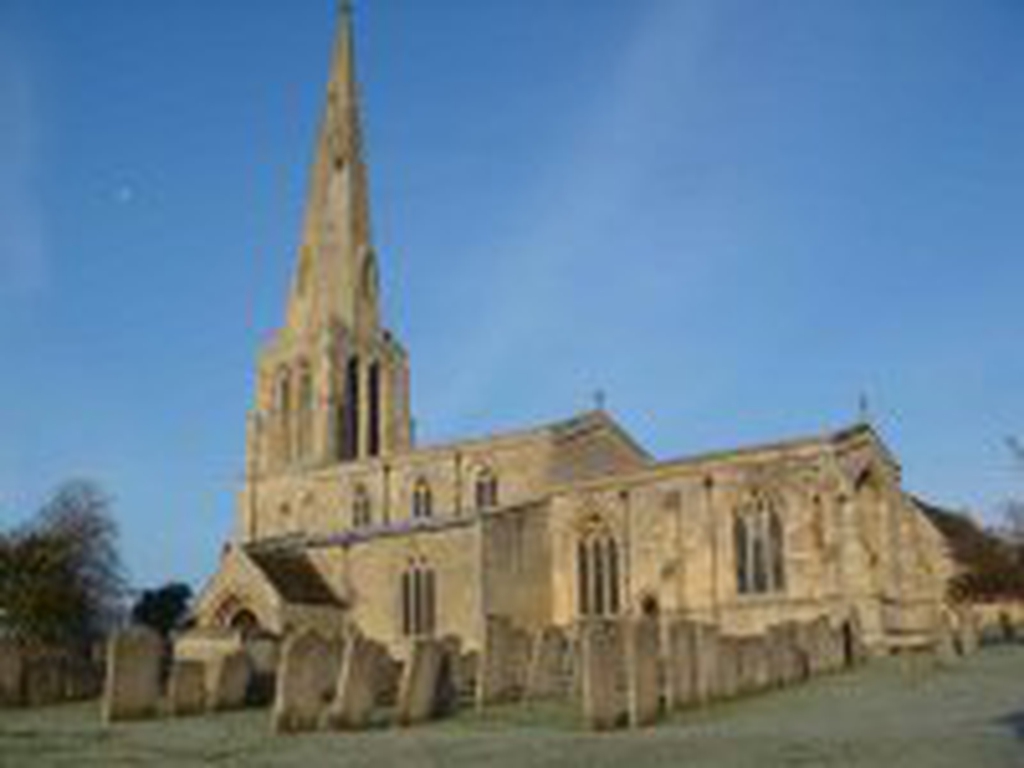 In Saxon times it is understood that Barrowden was the centre of a "sub-minster". St Peter's,
Grade II*, built of limestone, lies at the end of a lane on the western edge of the village. It has a Romanesque South Doorway with 12th century ironwork on the door. The Nave, South Aisle, Chancel and Chancel North Aisle (now used as a Vestry) are 13th century; the North Arcade and North Aisle were rebuilt in 1875. The west Tower is 14th century with late 15th century broach spire, and has six regularly used bells. Seating in Nave and Aisles totals 170. The Chancel is long and vision of the Altar through the narrow Chancel Arch is restricted. There is a 13th century font, a monument of 1588, a 16th century bench end incorporated into 19th century prayer desk, remnants of the 1605 pulpit made into a bookcase containing 16th century books, six wooden mediaeval angels re-fixed to the renewed Chancel ceiling and a War Memorial altar in the South Aisle. Other fittings are 19th or 20th century. The mediaeval custom of Rush Spreading is kept for the Feast of St Peter and St Paul on 29th June. Heating is oil fired. The fabric is in generally good repair.