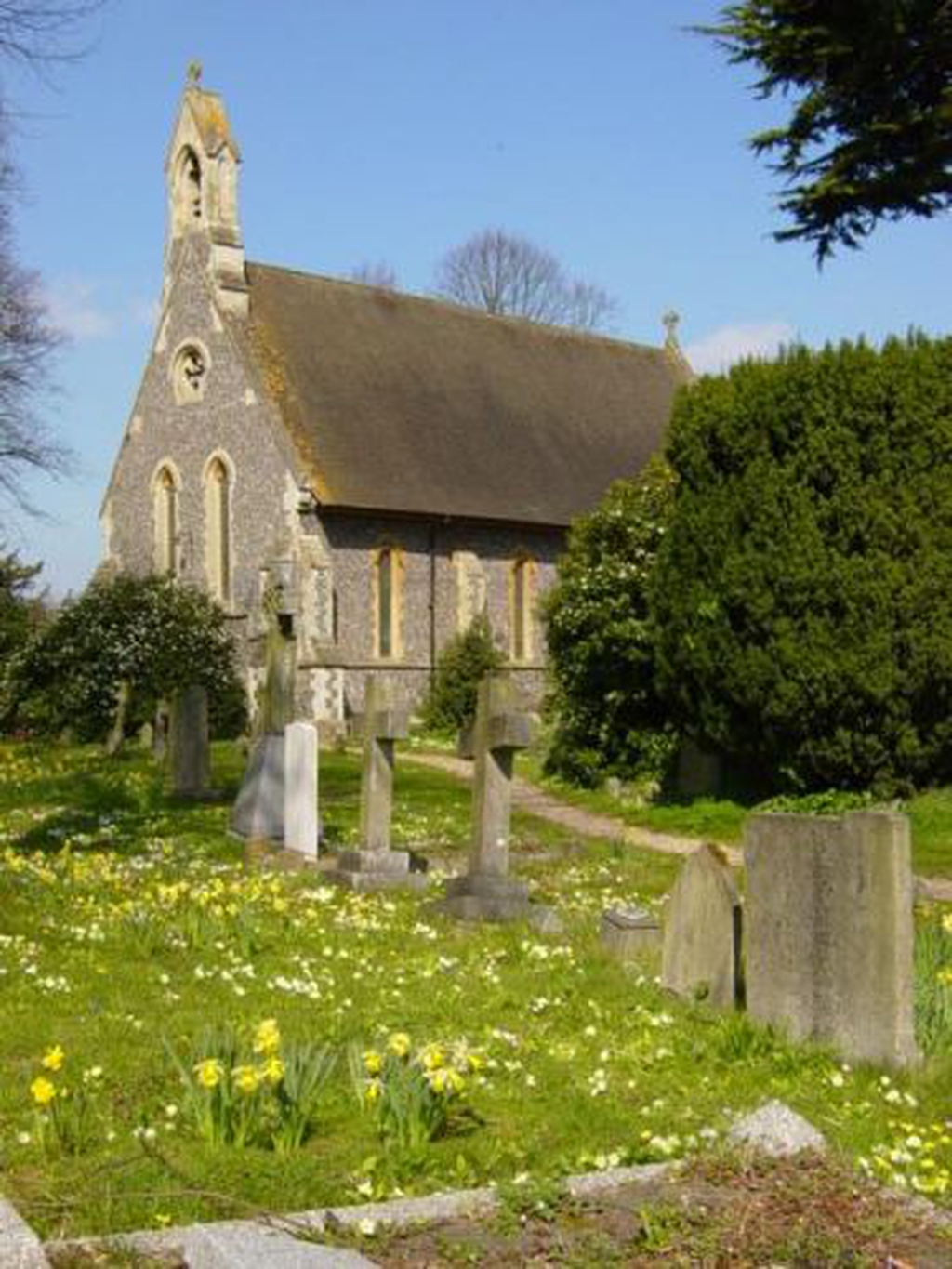 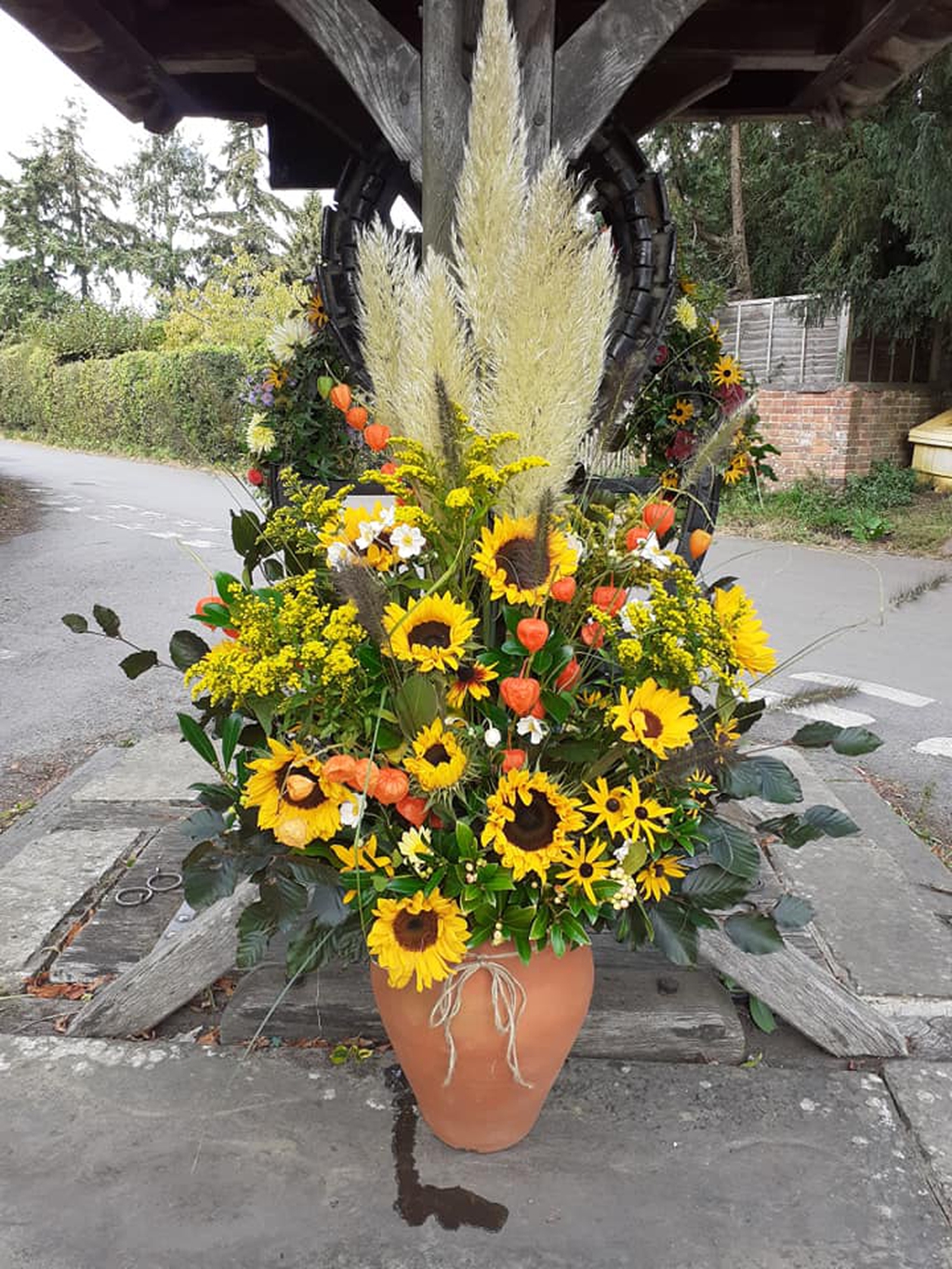 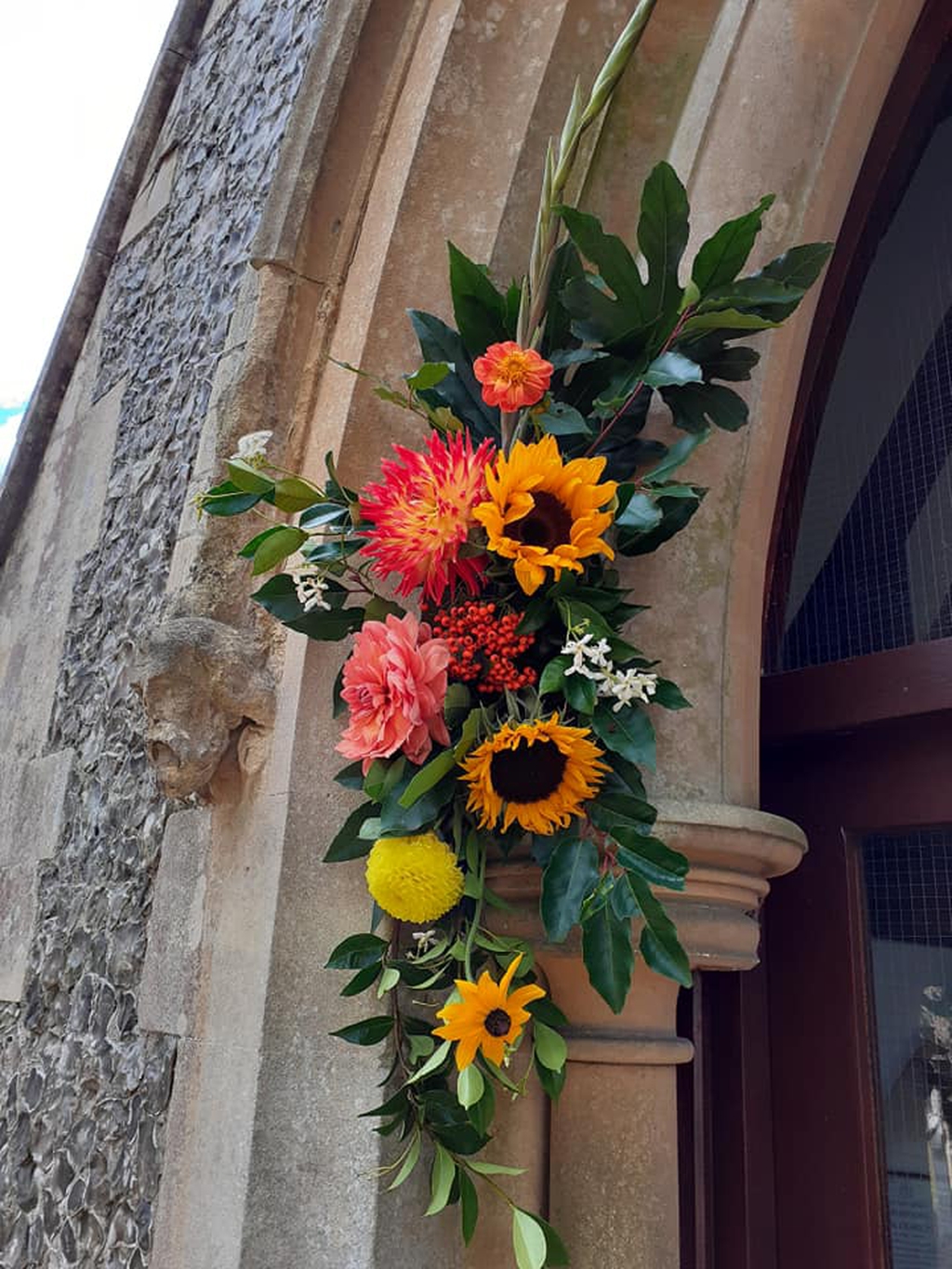 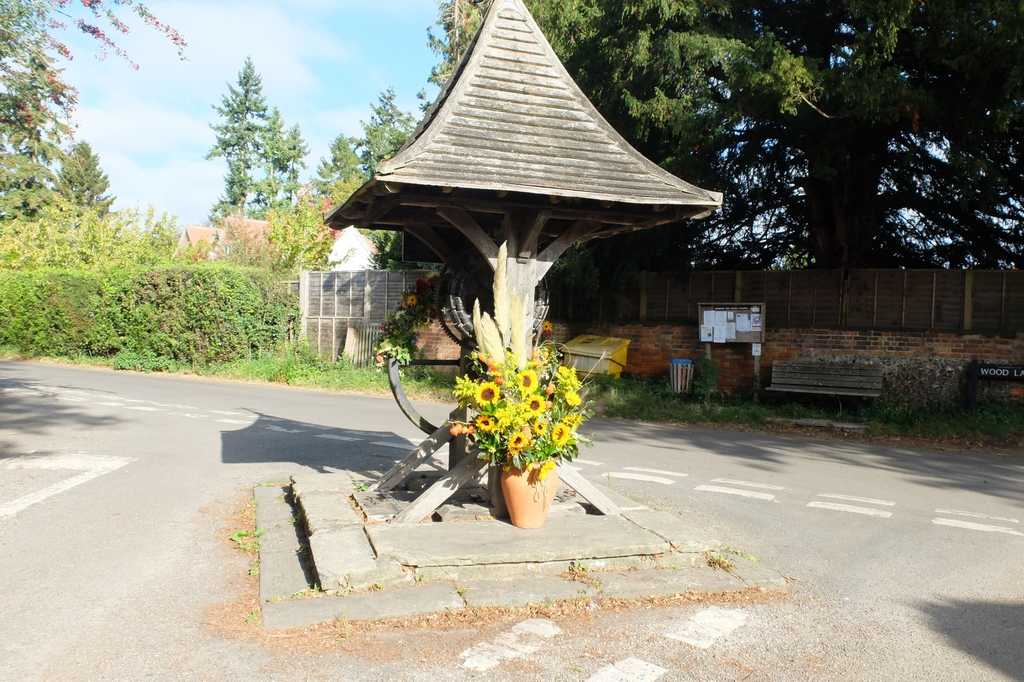 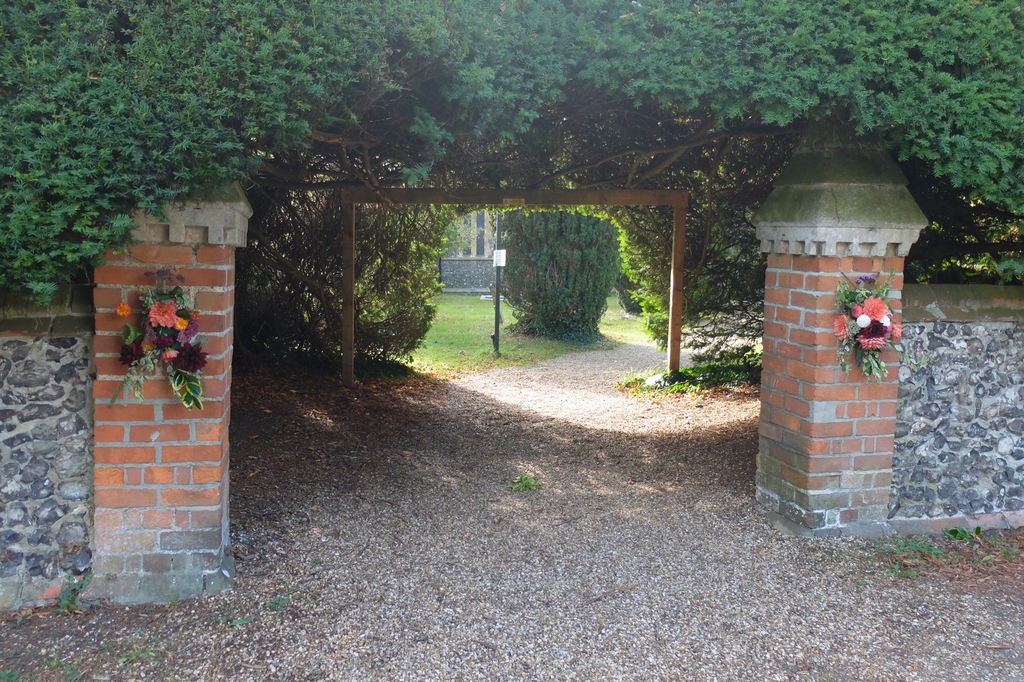 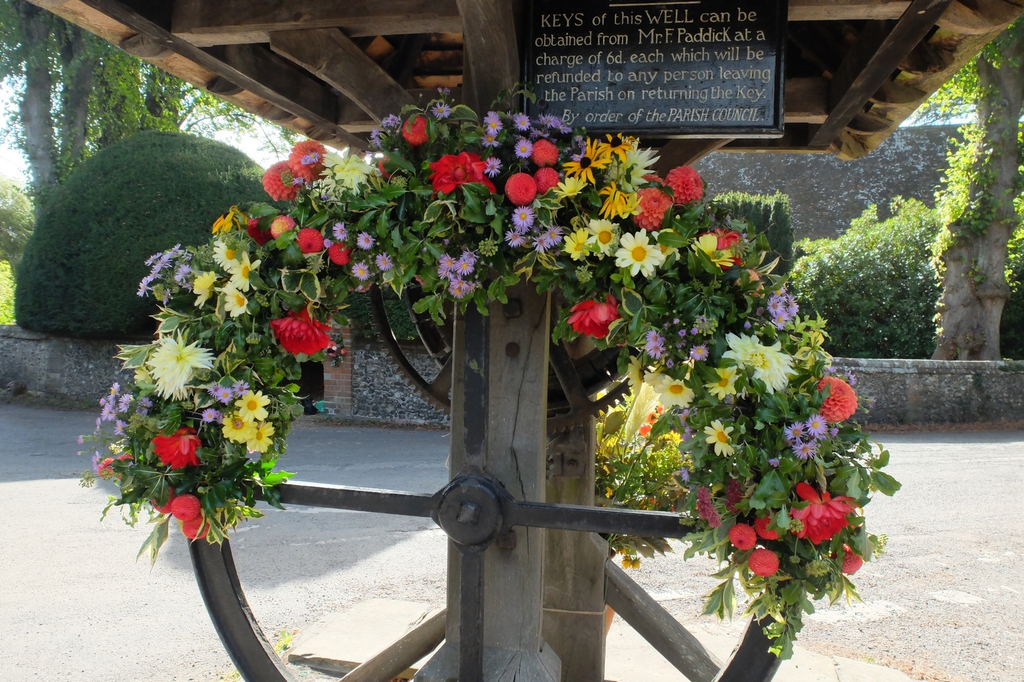 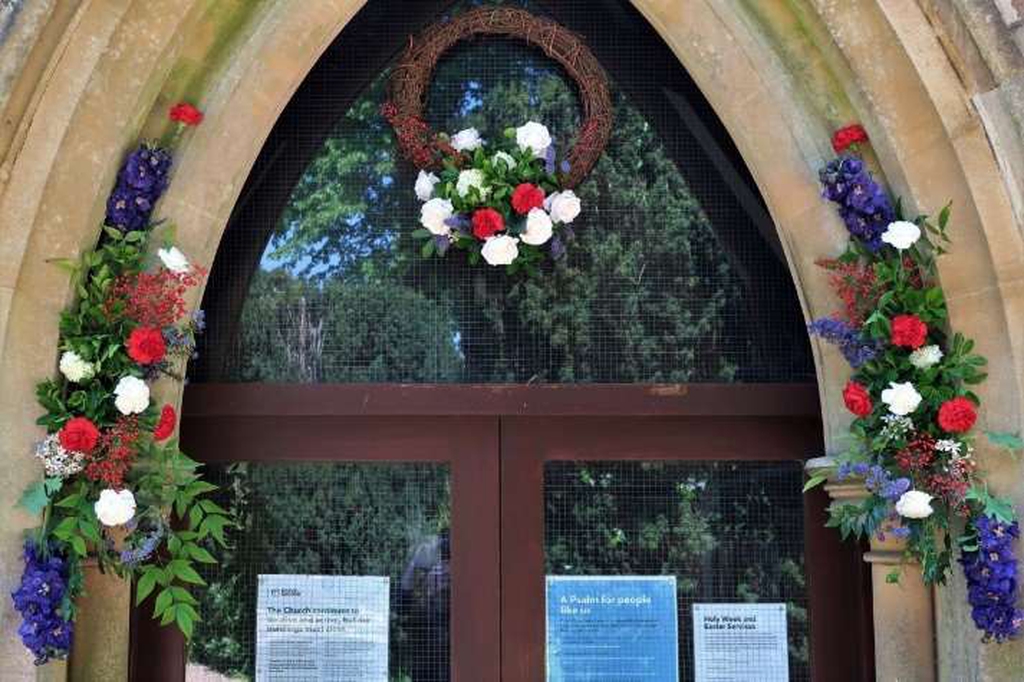 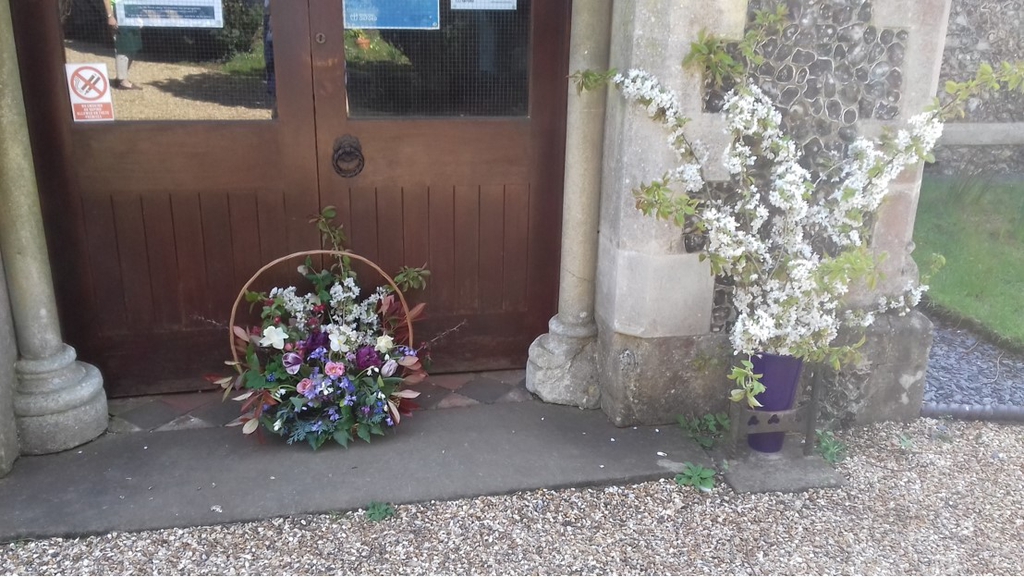 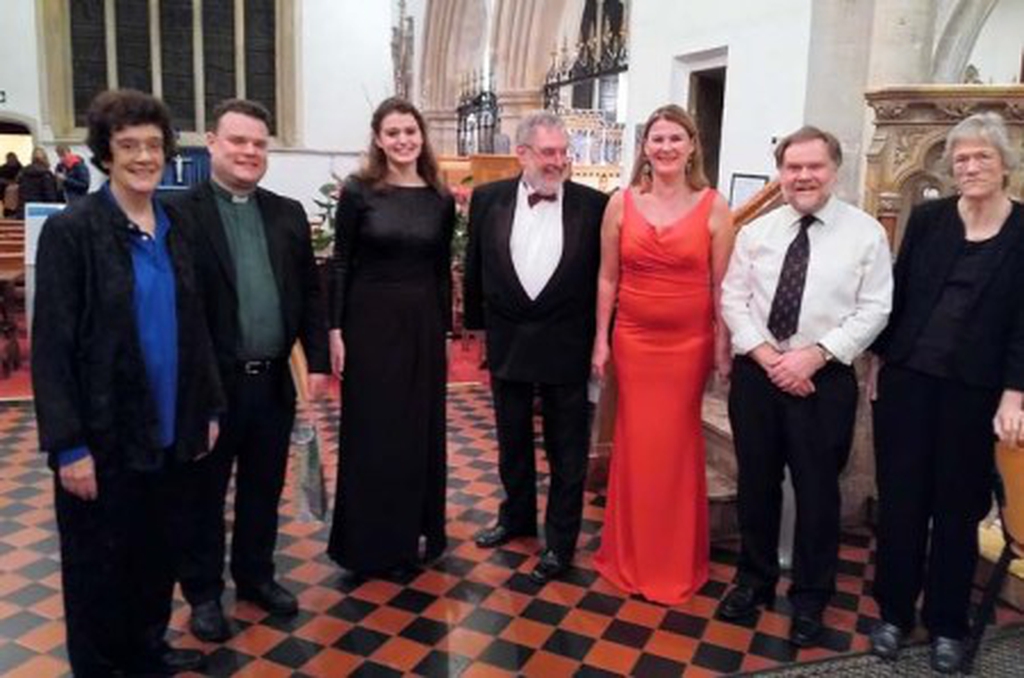 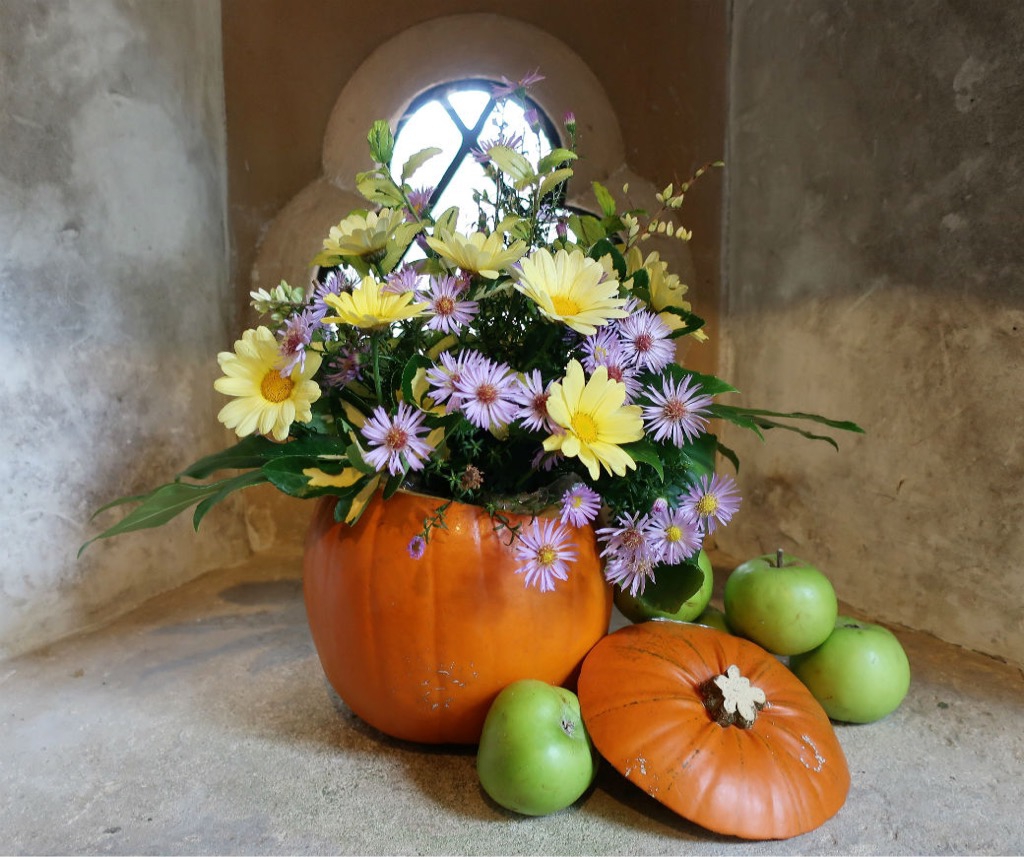 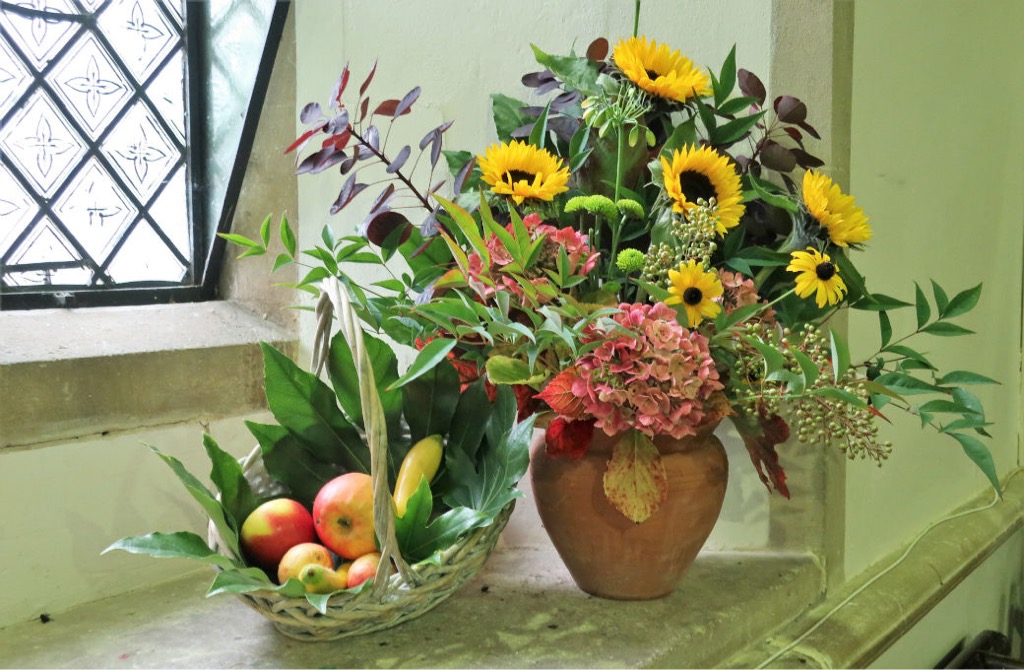 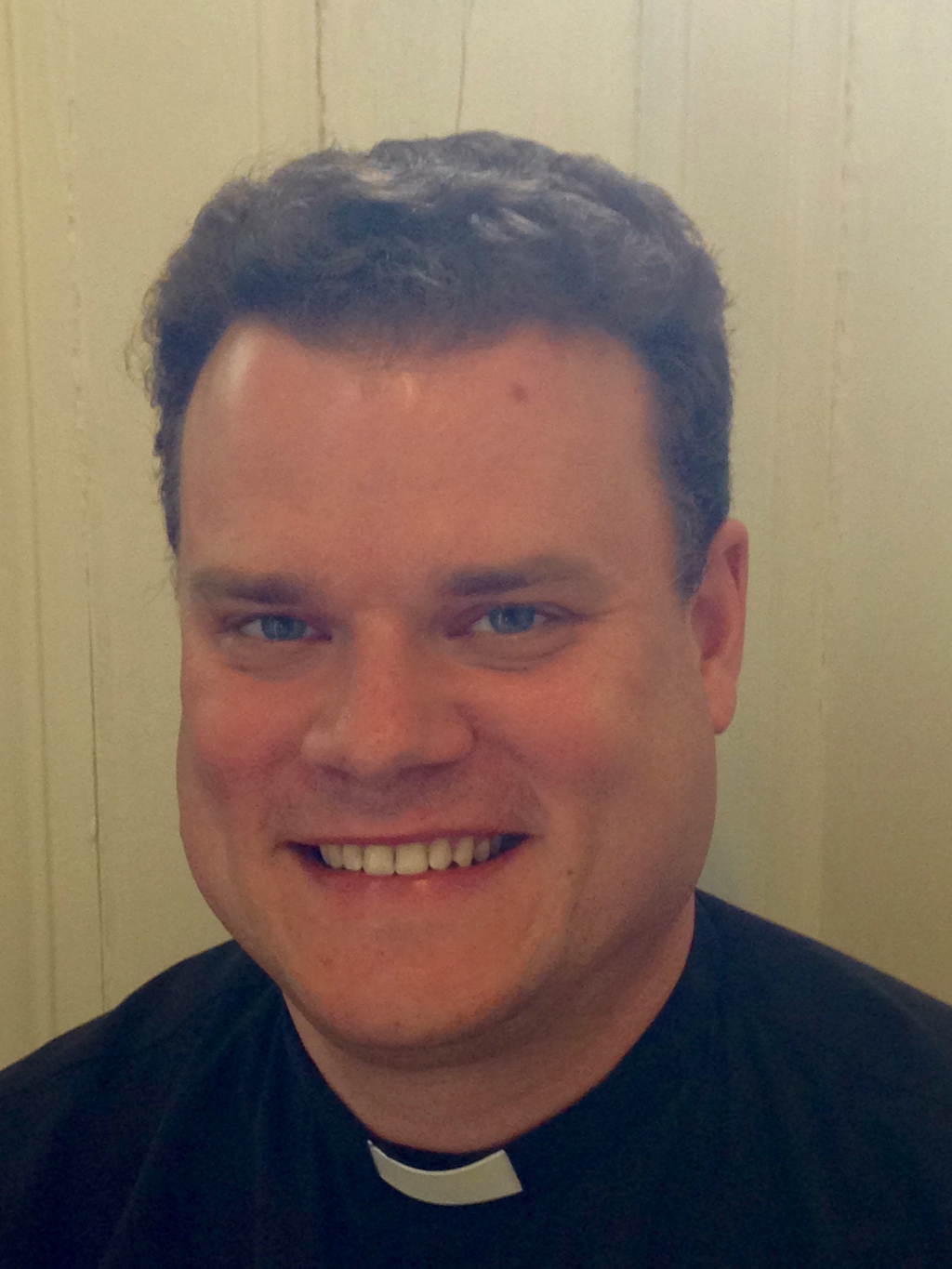 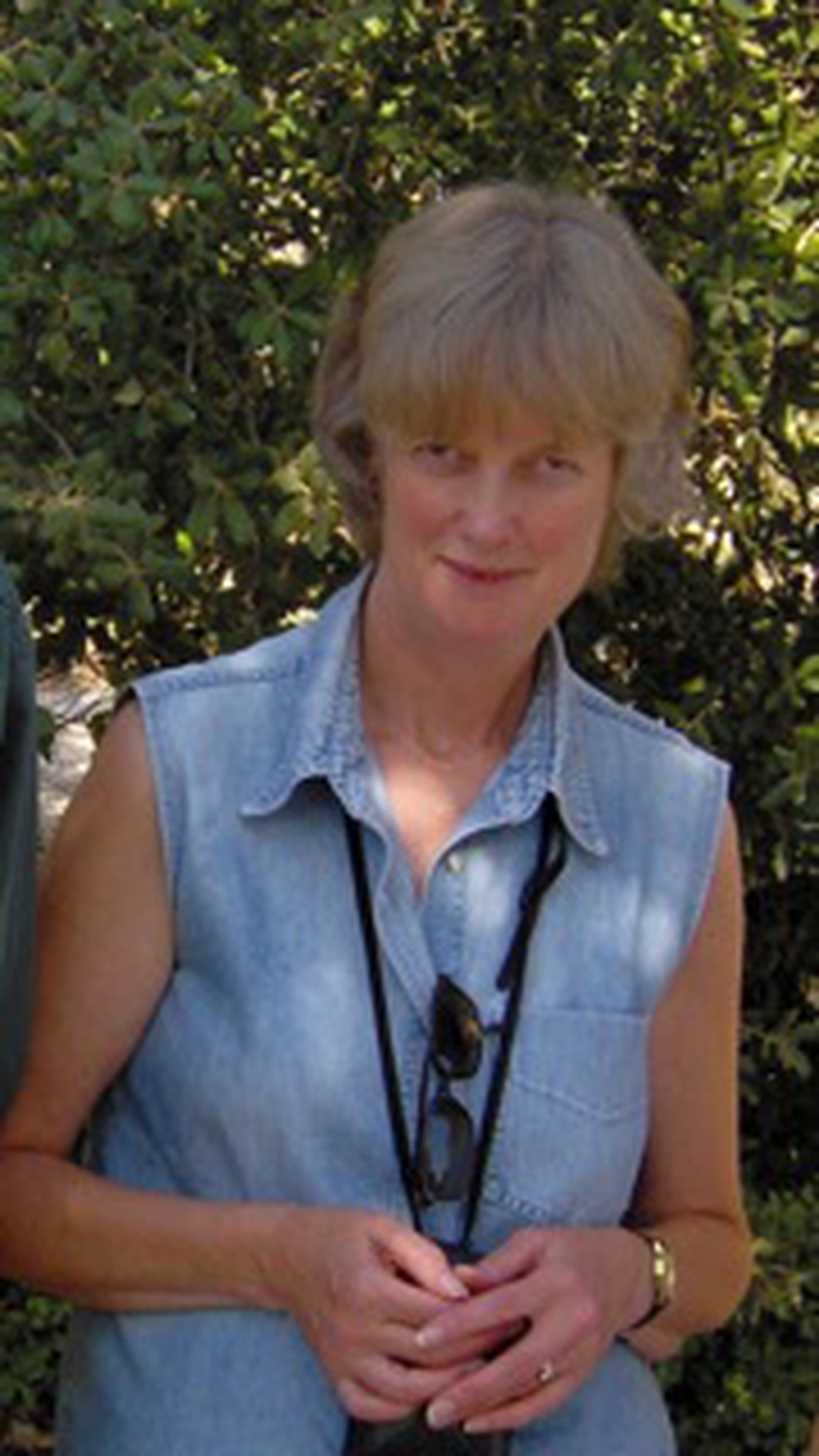 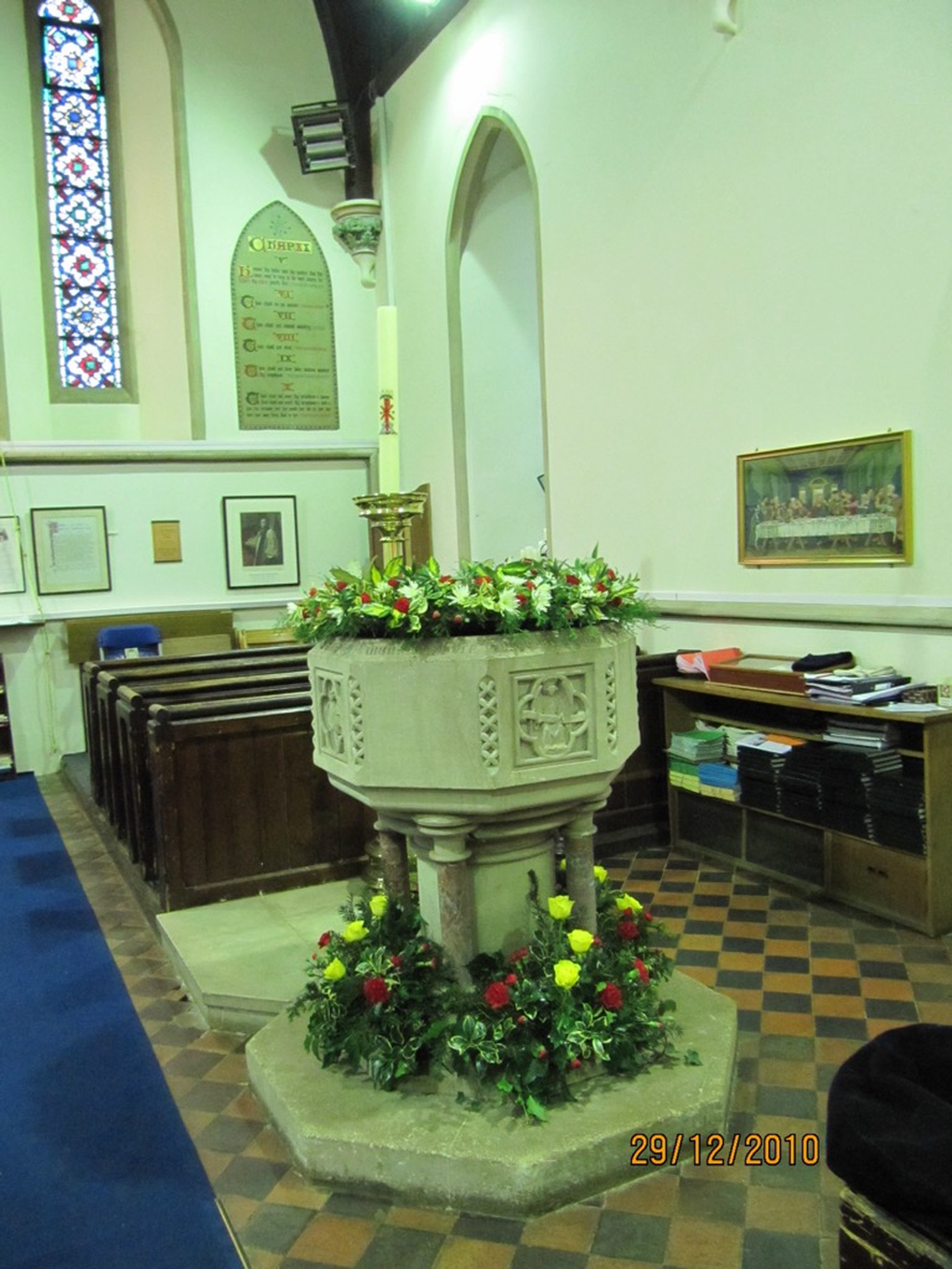 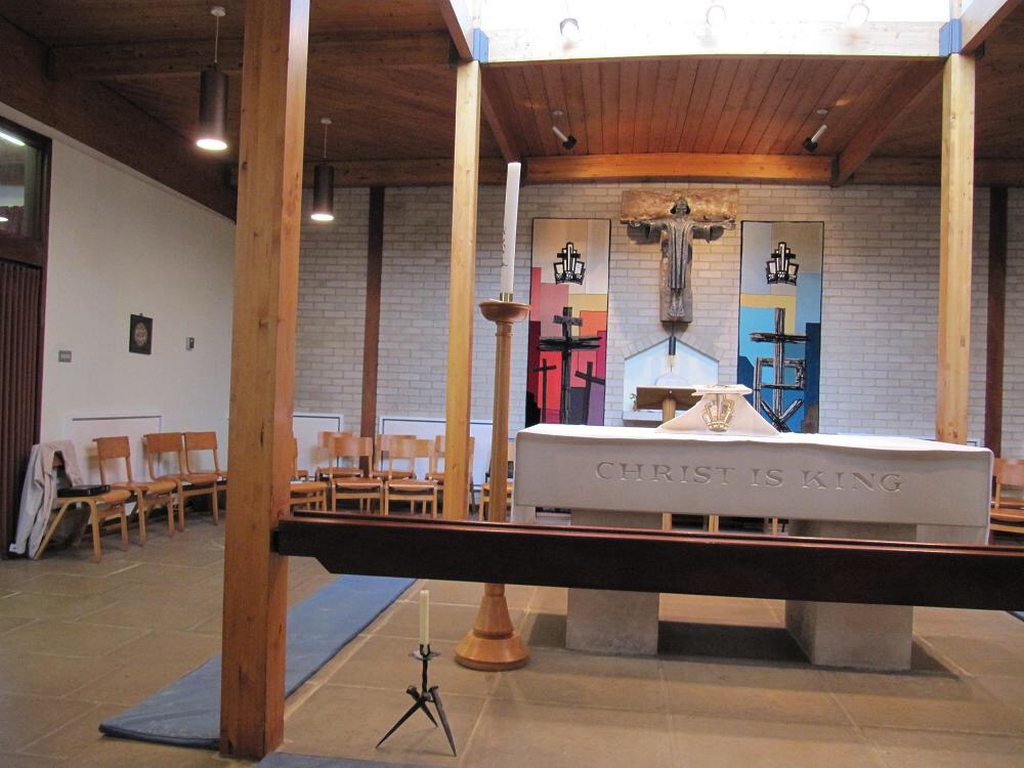 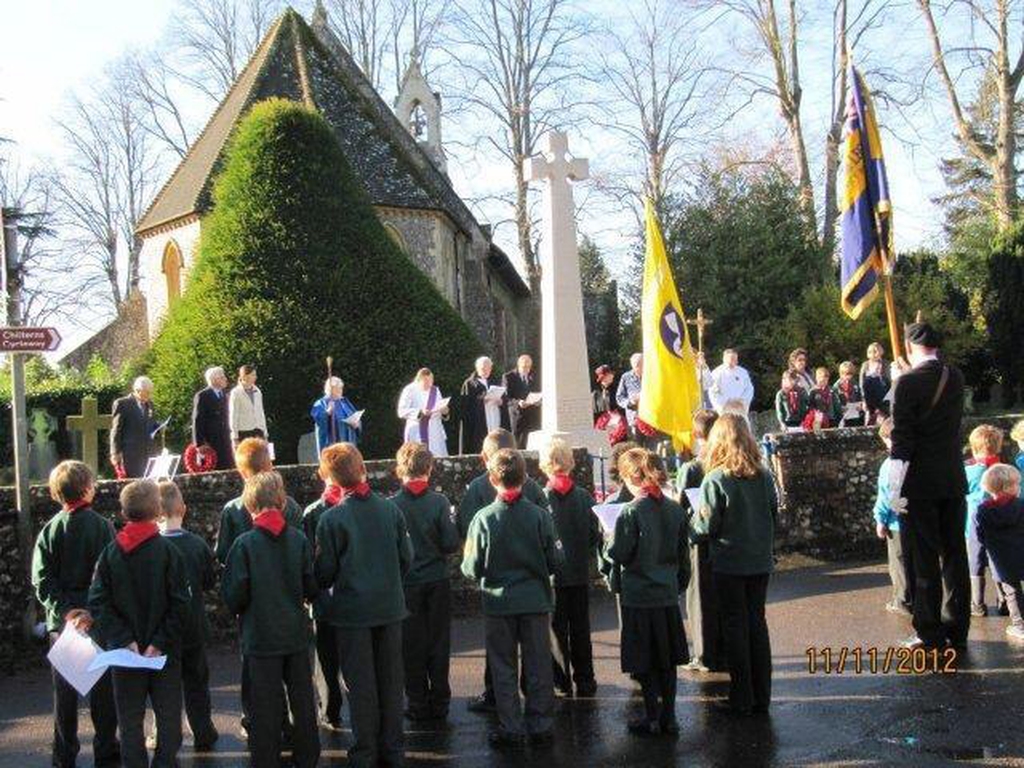 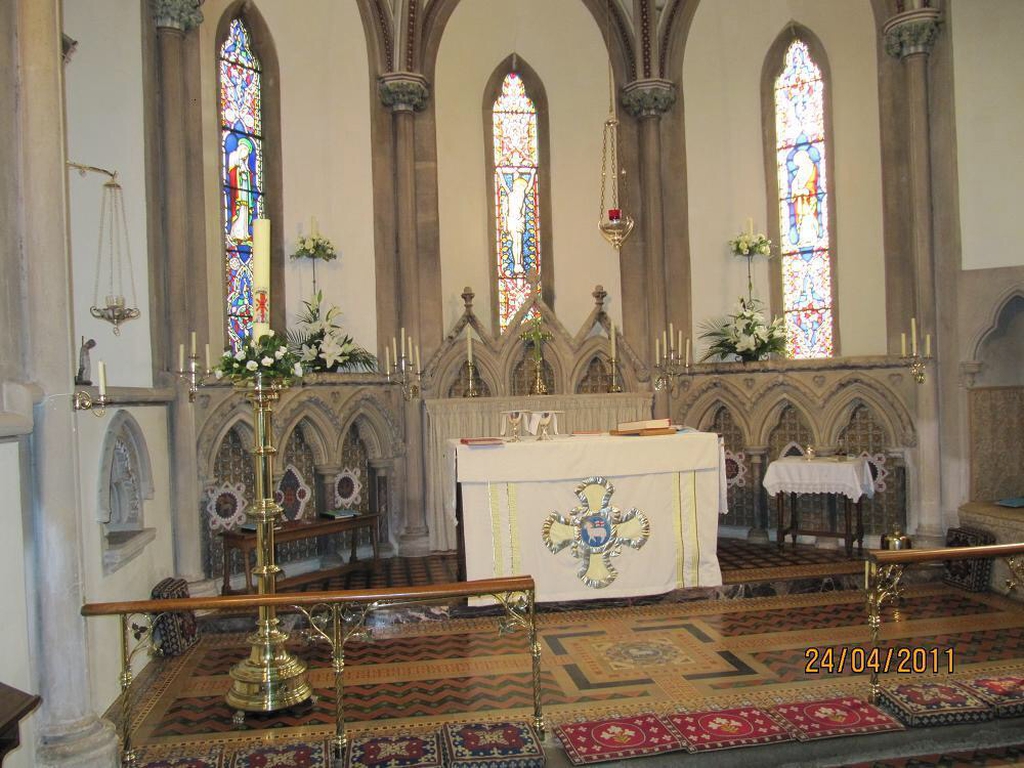 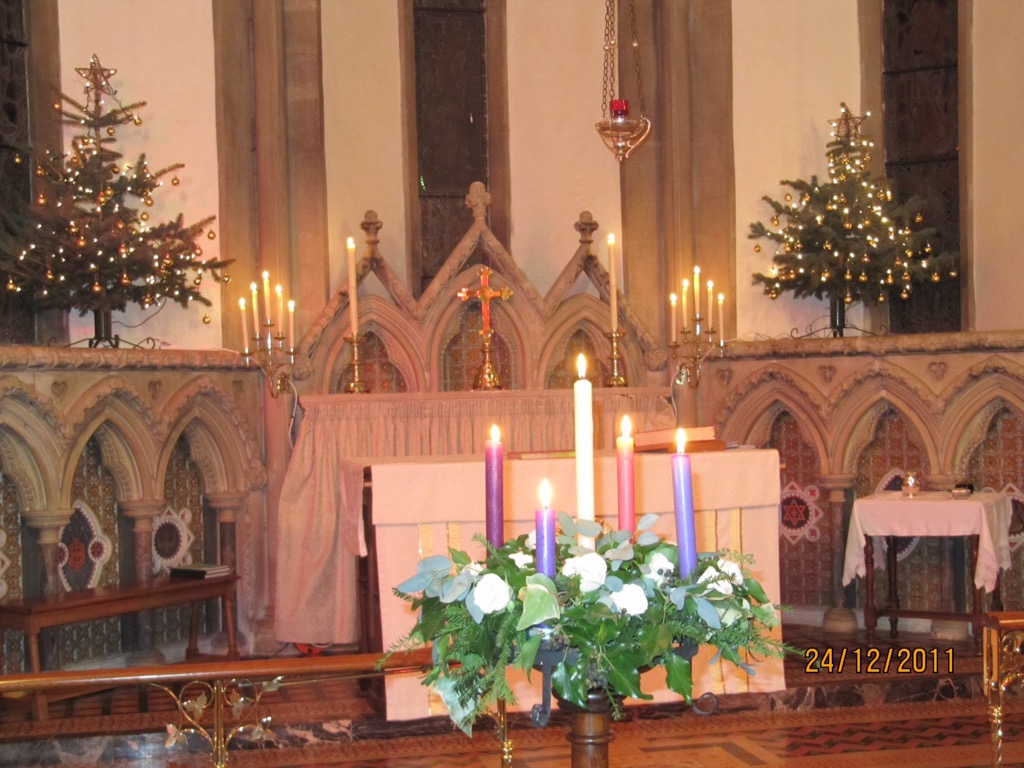 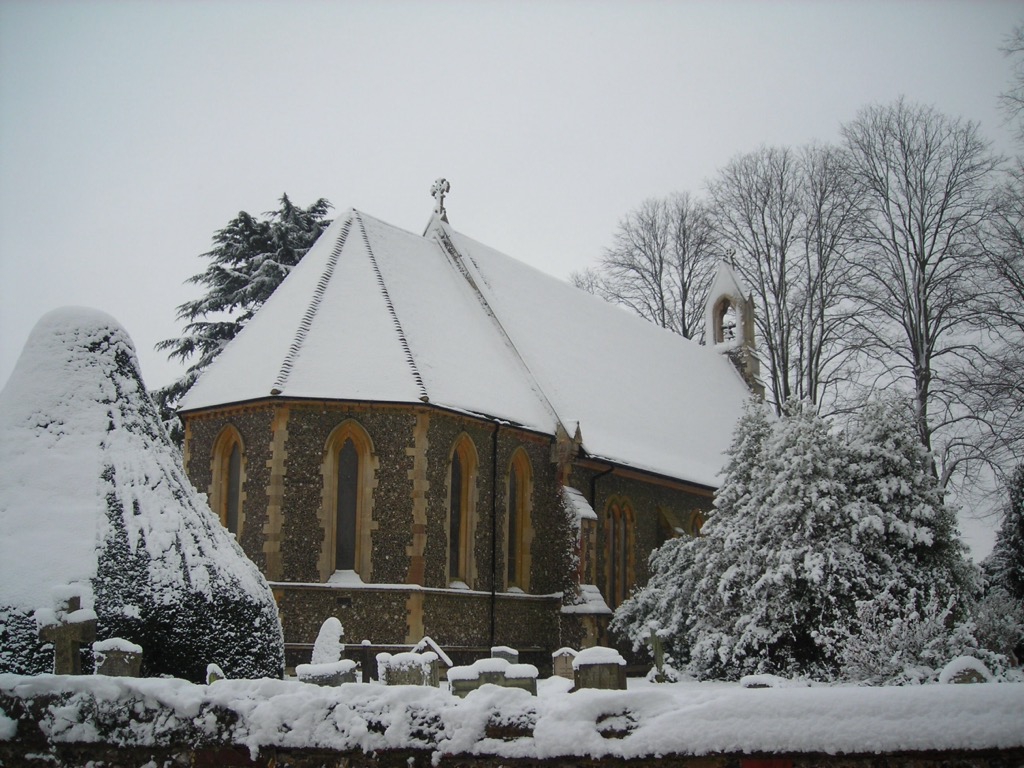 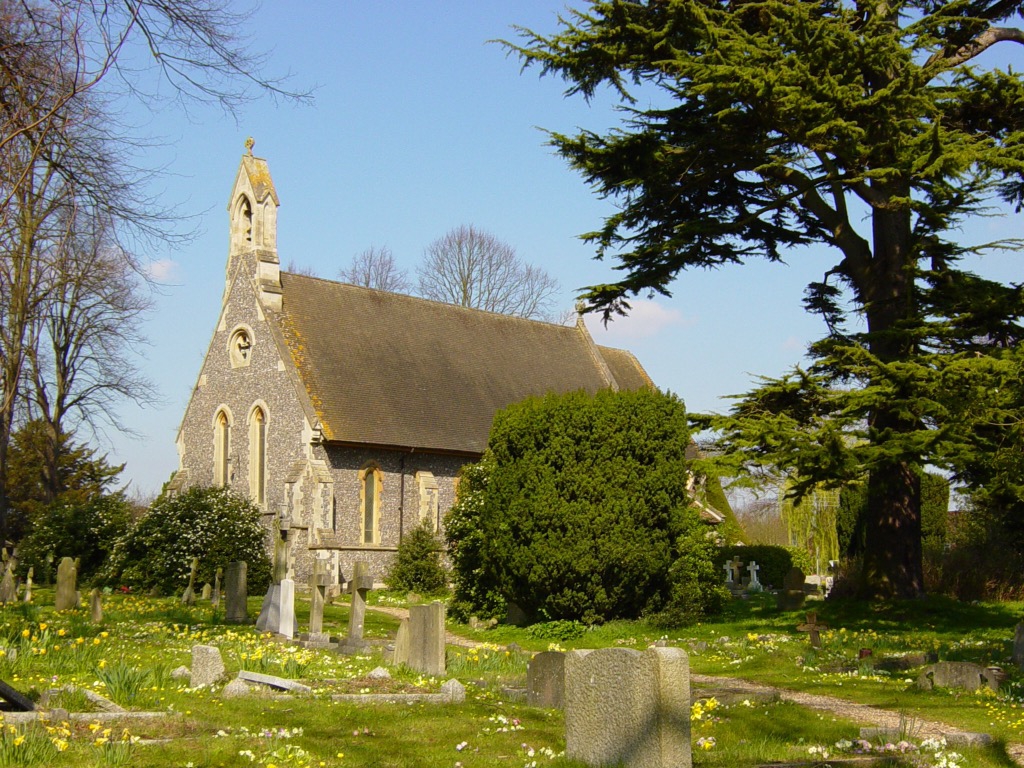 The parishes in this part of Oxfordshire run from "the wood to the water",from the beech woods down to the Thames. In the clearings, settlements arose and one such is Kidmore End. In the middle of the 19th century, Kidmore End was in the parish of Caversham [then in Oxfordshire] and it was Samuel Wilberforce, Bishop of Oxford, who decided that a church should be built in the village, a daughter church to Caversham St Peter.

The laying of the foundation stone was in September 1851 and the building consecrated by Bishop Wilberforce in September 1852. The John Marshall Caversham Charity was a major benefactor and the Charity asked that it be in the name of St John the Baptist. The first Curate-in-Charge set about raising money for a school, which had always been part of the overall plan, and Kidmore End School opened in 1858; church and school remain closely connected.

In 1868, there was a resolution to make Kidmore End a parish in its own right and land was ceded by Sonning St Andrew and Caversham St Peter - and the Parish of Kidmore End became a reality.This fact is commemorated by the arms of St Andrew  and St Peter being part of the decoration of the pulpit. The Curate-in-Charge became the first Vicar and set about raising money to build a Vicarage.

The population of the parish  initially was 525 but began to increase, especially in Sonning Common and, by 1914, the Vicar had written to Oxford in support of the building of a church, in Sonning Common. At that time there were several Free Church chapels in the district, but those wishing to worship in the Church of England attended either St John the Baptist, in Kidmore End, or All Saints', Peppard.

Nothing more happened until Sibella Bonham-Carter donated a piece of land, in Sedgewell Road, Sonning Common, and the Vicar, the Revd John Yorke Barber obtained a second-hand hut; and, suitably furnished, it was opened for worship - by which time Father Yorke had had to retire. The building of the new  church, therefore, fell to the new Vicar, Father John Macdonald Smith. Father Yorke had wanted the church dedicated in the name of St Francis, but, in the end, it became the Church of Christ the KIng. It was dedicated and the altar and font consecrated by Harry Carpenter, Bishop of Oxford, in March,1967.

By the late 1990's, the population of the parish stood at somewhere between 6,000 and 6,500, all but 1,500 of whom lived in Sonning Common. So it was decided to petition the Bishop of Oxford  that the name of that village be added; and this was done, under seal, in February 2000.

In 1970, the Church of Christ the King was extended and then, in 2007, fully refurbished. Christ the King has come to be regarded as a "church centre" and its halls are widely used by the community. The church meeting room that was added in 2007, was named after John Yorke Barber,  whose vision the church had been.

In 2002, pastoral re-organisation required the Vicar to become priest-in-charge of Rotherfield Peppard, an adjacent, almost overlapping parish; and, on 1 June 2003, by Order in Council, the last Vicar of Kidmore End & Sonning Common became the first Rector of Rotherfield Peppard and Kidmore End & Sonning Common - the parishes remaining admistratively separate and distinct.

The Institution, Induction and Installation of the Revd. James Stickings, as Rector, took place on Thursday, 29 September, 2016. Contact details for our clergy can be found using the "Clergy and Church Officers" link, on this page.

On most Sundays [see Services and Events], St John the Baptist has a partly sung Eucharist led by a choir [see Friday events]. We sponsor the neighbouring church-aided primary school, which is popular and successful.

The link to our daughter church, Christ the King [in Sonning Common], can be found under "More Information - Related Churches", on the left of this page.

For news items and information about services and events, use the two links on the left of this page

We are part of a united benefice, with All Saints' Church, Rotherfield Peppard

Our Parish Mission Statement - The Church is People! Strengthened by Word and Sacrament, and our Fellowship together, Members of this Church, individually and collectively, seek to promote the Mission of the Church: To offer worship. To proclaim the Gospel of Christ. To make known the love of God - by deed as well as word. To make the world a better place, according to God's will. To demonstrate the love of God and our neighbour.