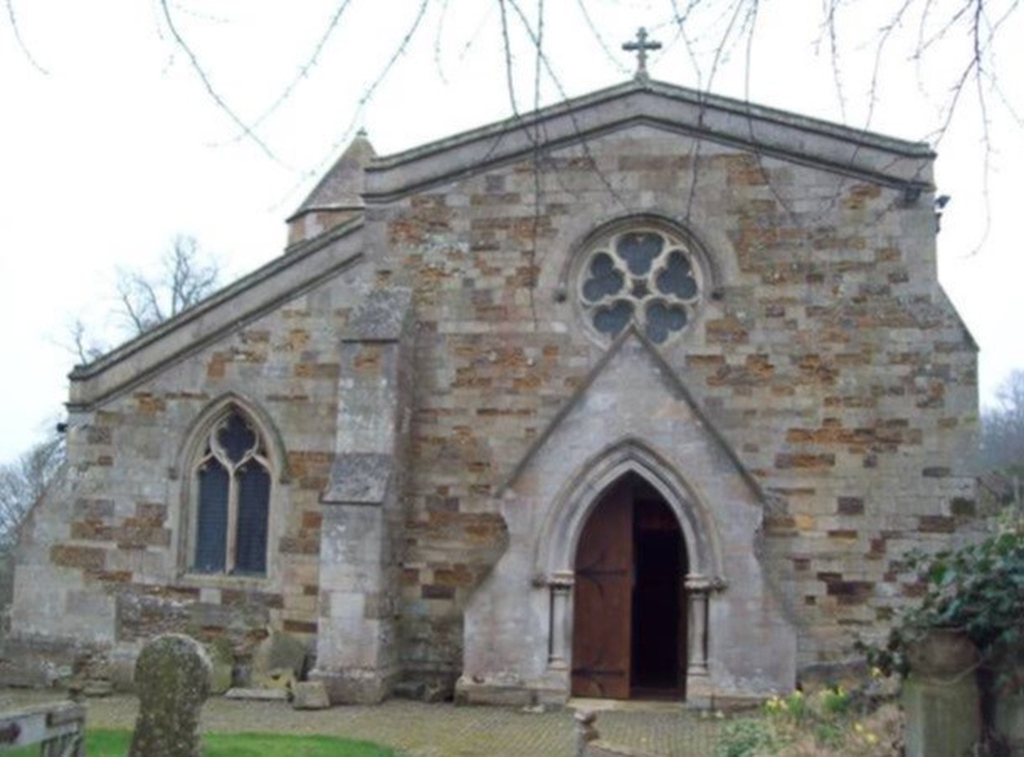 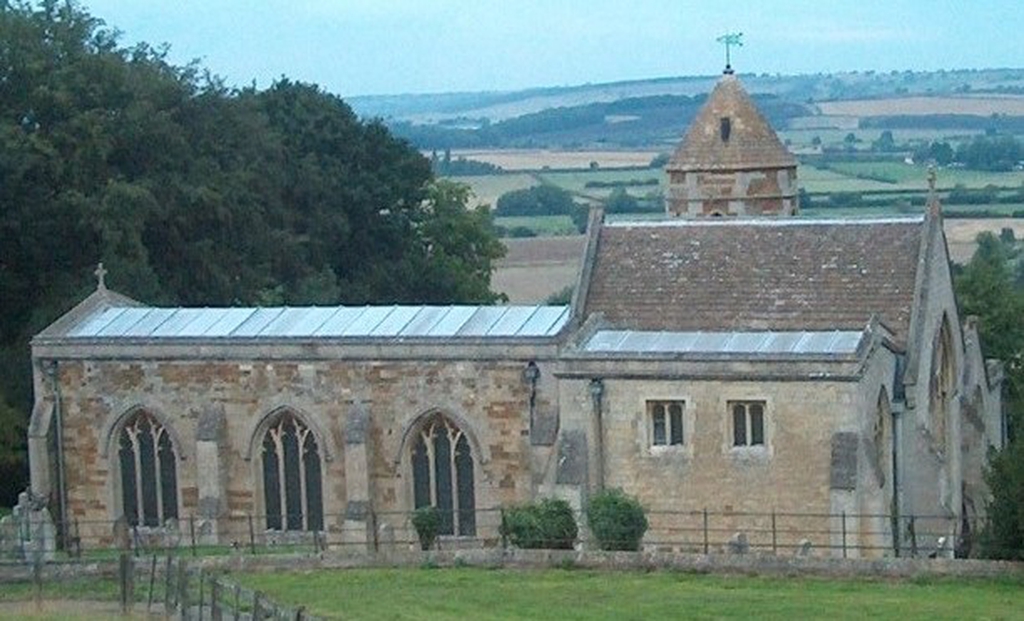 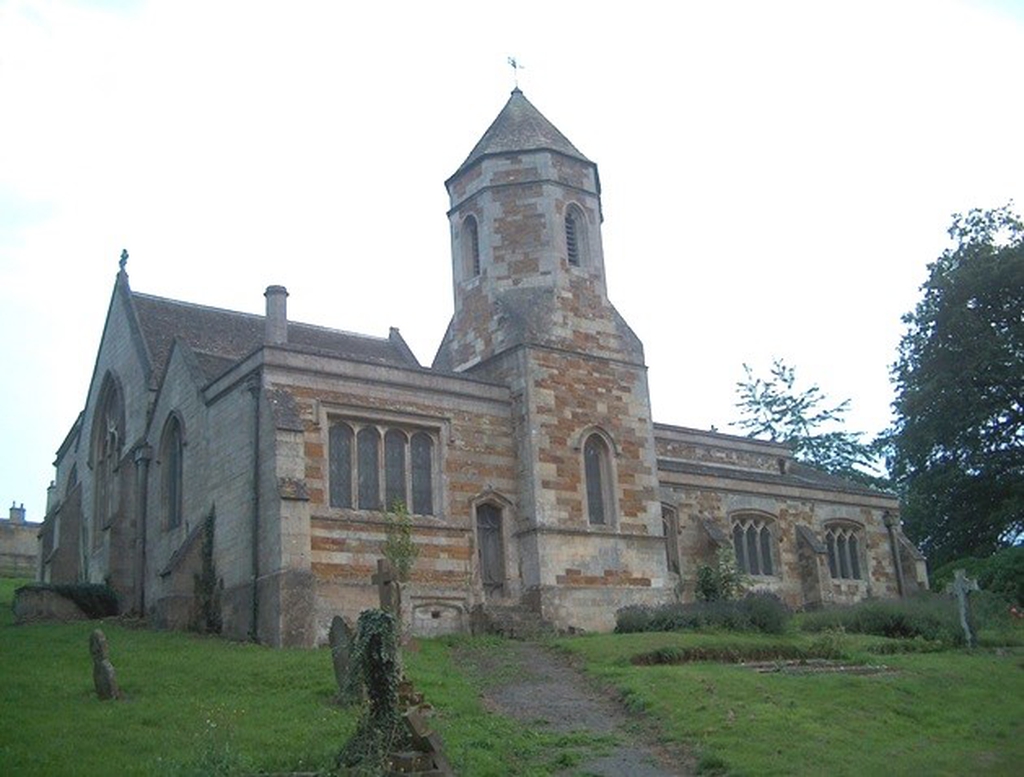 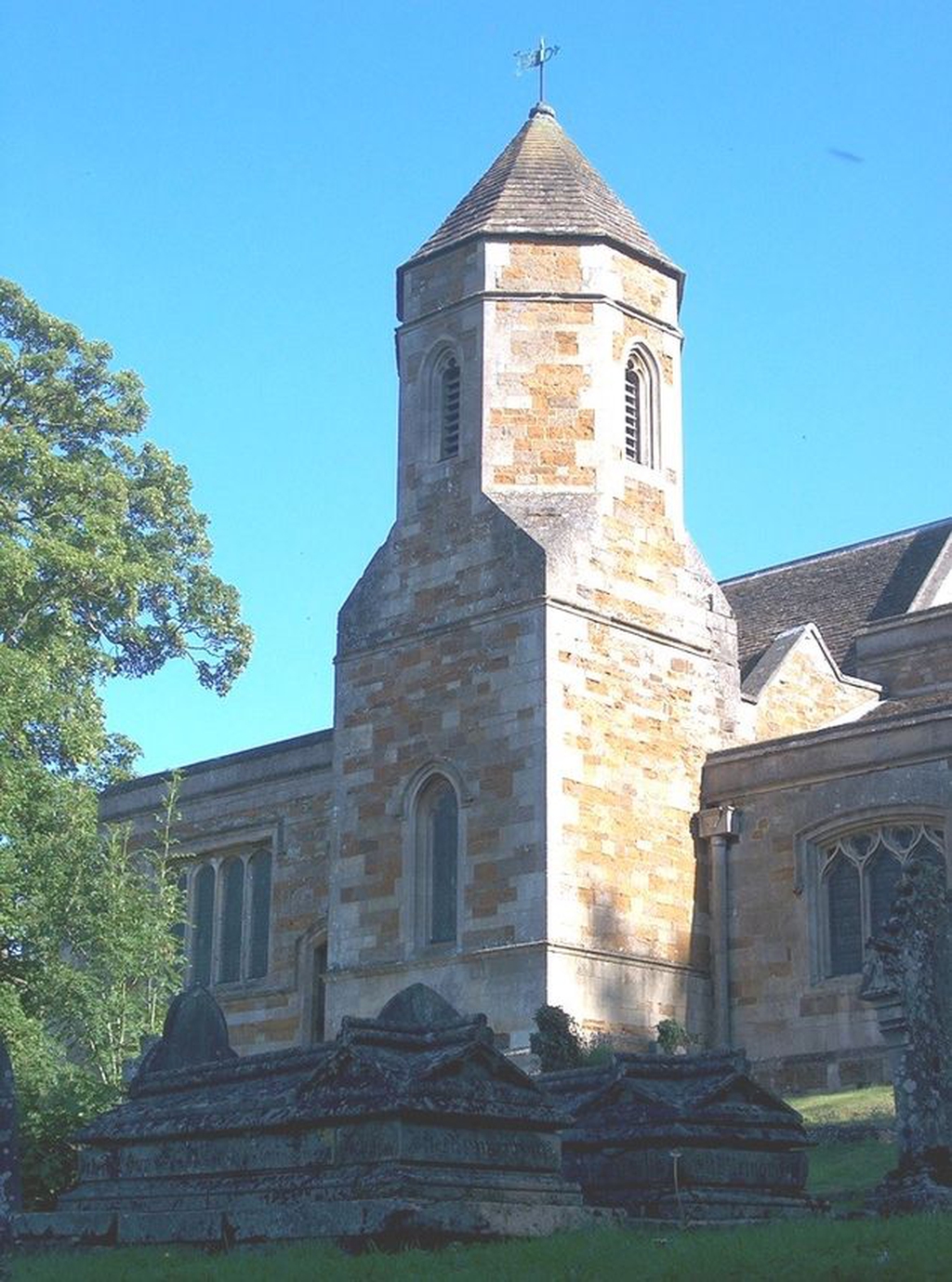 Some Items of Interest

Nave - The north arcade is of three bays with arches of two hollow-chamfered orders. The chancel arch is of two continuous hollow-chamfered orders, the jambs perhaps of medieval origin but with a 19th century arch. There are three windows in the south wall, each of three stepped cinquefoil-headed (five lobed) lights with cusped and pierced spandrels. On the sill of the easternmost is the bust of a female effigy. The west window is a large oculus filled by five trefoils (three lobed). The roof is 19th century.

The Pulpit: this is Jacobean and has some fine panels; behind is a standard but no canopy.

Chancel - In the north wall is an arcade of two bays with two moulded arches on clustered shafts with round moulded capitals. The east window is of three lights with Geometric tracery of the 19th century. The south wall is pierced by an archway of two continuous orders, the outer wave moulded, the inner with a sunk roll. The roof is 19th century, repaired around 1902.

The Reredos: situated behind the Altar, this is modern and shows Our Lord with St Leonard to the left and Archbishop Anselm to the right.

Communion Rail: this is of wrought iron - 18th century.

On the north wall of the sanctuary is the memorial of Anne, Lady Rockingham, she was the wife of the second Lord Rockingham and died in 1695. She was the favourite daughter and heiress of the ill fated 1st Earl of Strafford who was beheaded during the reign of Charles I. The memorial is by John Nost and is of a heavy standing figure with Roman doric columns left and right, a big Baroque pedimented top and black draperies behind the whole monument.

The marble memorial on the south side of the Altar is a very fine example of the work of P Scheemakers. It is the tomb of her son Lewis, the 1st Earl of Rockingham, who died in 1724. His wife is with him, and they stand on either side of a marble sarcophagus. He is wearing Roman dress and she wears an ermine mantle. There is a dancing putto on the sarcophagus carrying a wreath and a toy trumpet.

South (Watson) Chapel - The Chapel has many memorials of the Watson family.

The figure of the Castle's restorer lies on a tomb in the middle of the Chapel, beside the figure of a lady. This monument was erected by Sir Lewis Watson after the Civil War. He constructed it probably from the remains of two or more-family monuments, following the vandalism of the Parliamentarians, as it is generally believed that the figures came from different monuments.

The lady is believed to be Dorothy Montagu, his grandmother, wife of Edward Watson, and the Knight with spurs - Sir Edward Watson, his father. The panel in front, with figures of children, does not correspond with what is known of the family of either of them. The lady is in Elizabethan dress, the man is carved in alabaster and is wearing armour with chains over his chest.

On the south wall of the Chapel is a large monument on which stands Margaret Watson, who died in 1713, a memorial by William Palmer; this memorial is one of the few Baroque monuments by an English sculptor. It has a standing figure, slender, in a serpentine posture, with a big drapery canopy or baldacchino and fluted Corinthian pilasters to the left and right.

Amongst the single memorials on the walls is one of Grace, wife of 1st Lord Sondes, who died in 1777, and was said to be:

A rich colour is added to the Chapel by the window depicting the Ascension of Our Lord; it is in memory of Richard Watson, who died in 1853. The window is of three lights with intersecting cusped tracery and the stained glass is by Hedgeland. High in the south wall are two square-headed windows of two lights. The west window is of similar design but of three lights.

North Chapel and Vestry - The north window is straight headed. It is of four lights with four-centred heads to the lights and sunk spandrels. The east window is of two cinquefoil-headed lights with tracery of a dagger and was originally inserted in the chancel in 1846 before being transferred to its present position in 1868. The roof is of around 1868.

North Tower - The lower stage of the tower is square, the upper stage octagonal. It was built in 1845.

North Aisle - There are three windows with depressed heads in the north wall, each with three ogee (double curved) trefoil-headed lights and half-tracery enclosing trefoils. The archway in the east wall is similar to the Chancel arch but smaller. The west window of the aisle is of two ogee trefoil-headed lights with tracery of the quatrefoil. The stained glass is by Kempe and dates from around 1904. The roof is 19th century.

West Porch  - The shallow gabled west porch has an outer archway of a moulded arch on shafts with foliate capitals and dates from around 1868.

Silver Plate:  The Church is fortunate to possess a small quantity of Silver Plate; there is an Elizabethan Chalice dated 1570. Lady Catherine Sondes gave a Silver Paten and Chalice and a wine cruet in 1731; these were remodelled in 1852.

Registers: The Church also has a number of old Registers which give an interesting insight into the history of the parish. The earliest date in the Registers is 1562. These are lodged at the County Records Office.

Organ: The organ came from the redundant Church in the Parish of Benwick, Cambridgeshire. It was restored and installed in this Church in memory of Elizabeth Saunders (grandmother of James Saunders Watson - the present owner of Rockingham Castle) by her family in March 1984.