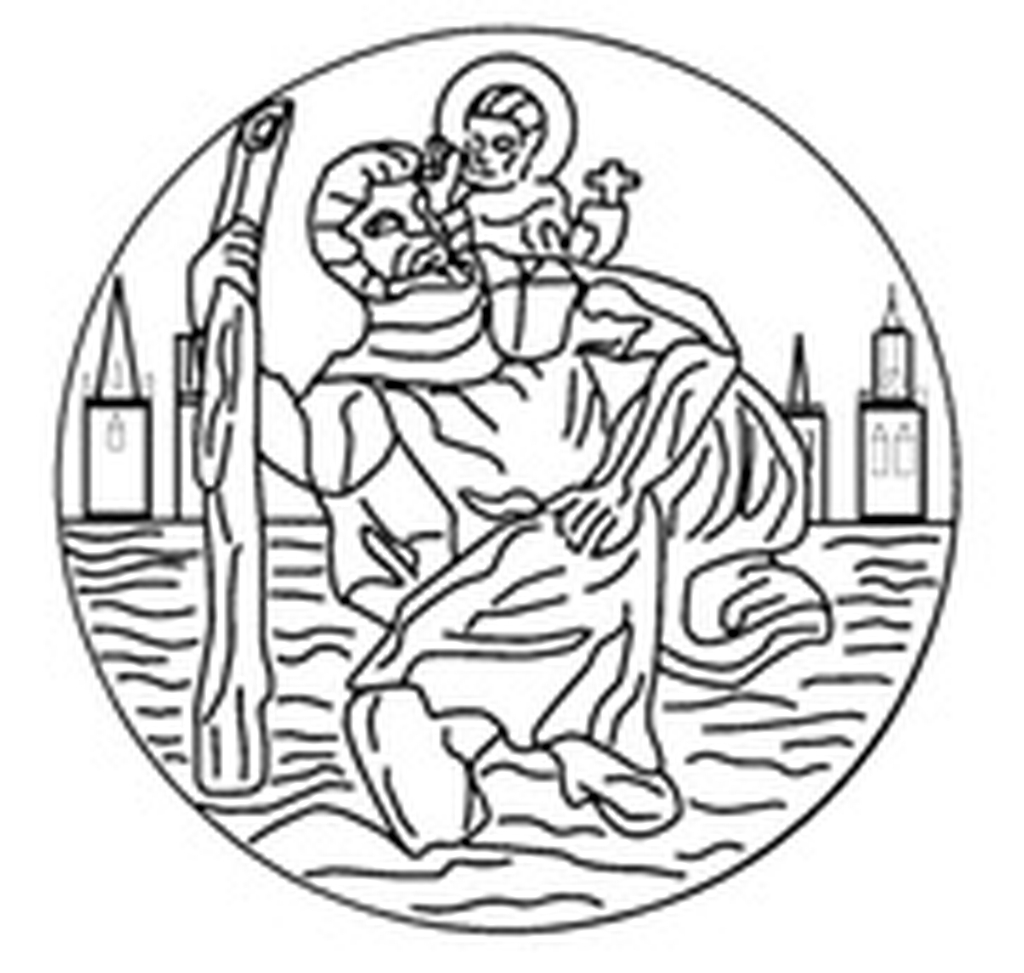 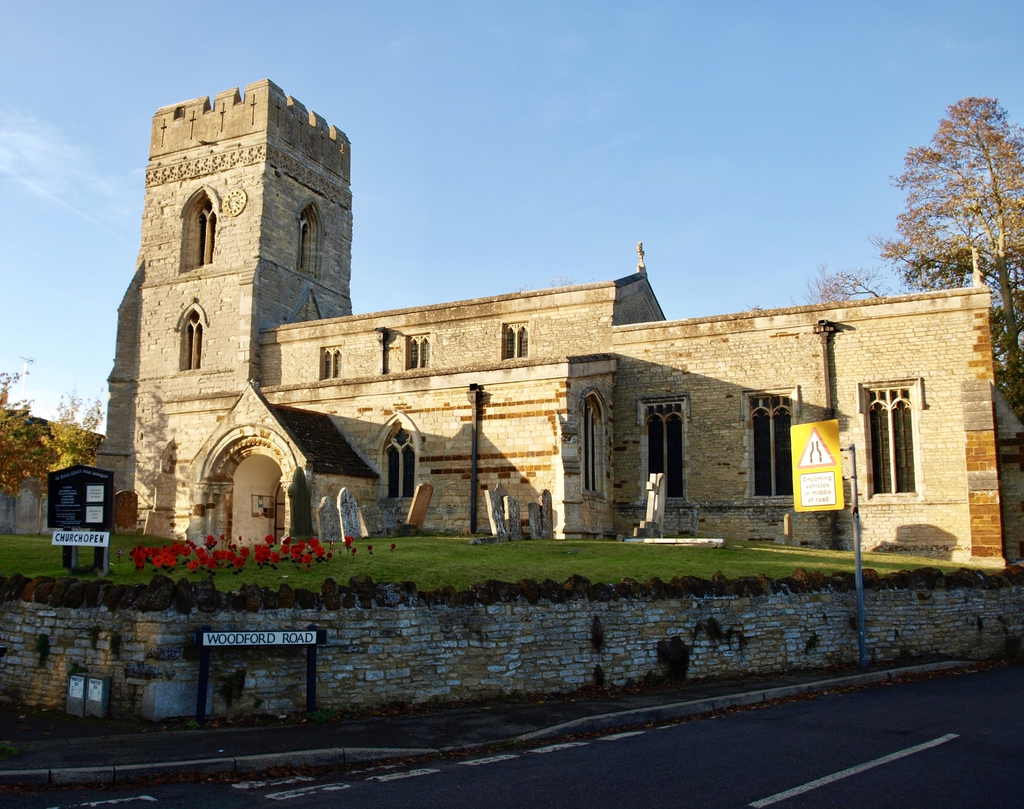 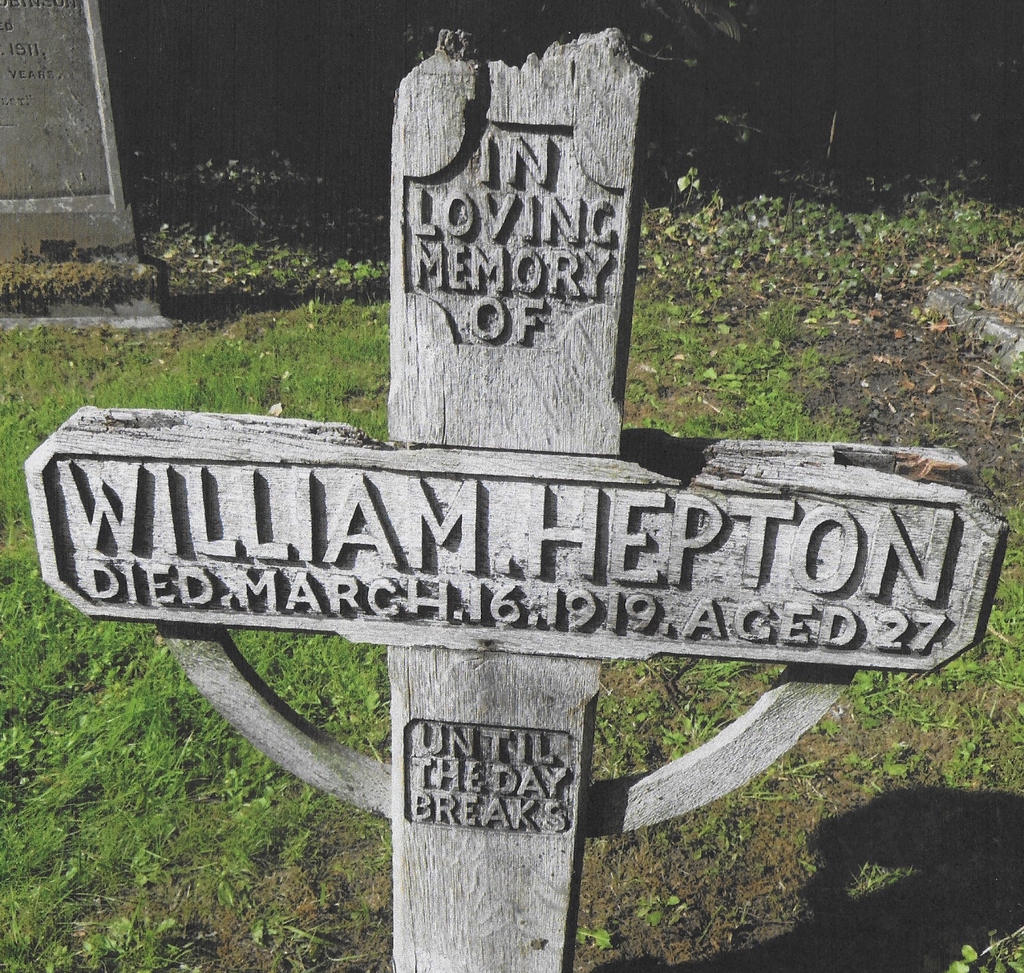 For almost 100 years this wooden cross marked the grave of William Hepton which can be found 20 metres north of All Saints’ church tower. As a young man William lived with his parents George and Elizabeth and his younger sister Margaret in a cottage (now demolished) in Cranford Road, Great Addington. On leaving school William entered domestic service at Colston Bassett in Nottinghamshire as a footman. During WWI he served as a Private in the MT Section of the Royal Army Service Corps. After the war William returned home and died on Sunday 16th March 1919, aged 27. His grave is commemorated by The Commonwealth War Graves Commission.

The cross has suffered from exposure to the elements and to prevent further decay was brought into the church in November 2018. The original two upper quadrants had completely disappeared. Mr. Barry Wilson has made two replacements which are loosely fitted to show how the cross might have appeared in 1919.

The grave is now marked temporarily with a simple wooden cross made from oak timbers recovered during refurbishment of the churchyard gate.

It is hoped that a more permanent memorial can be arranged in the future.