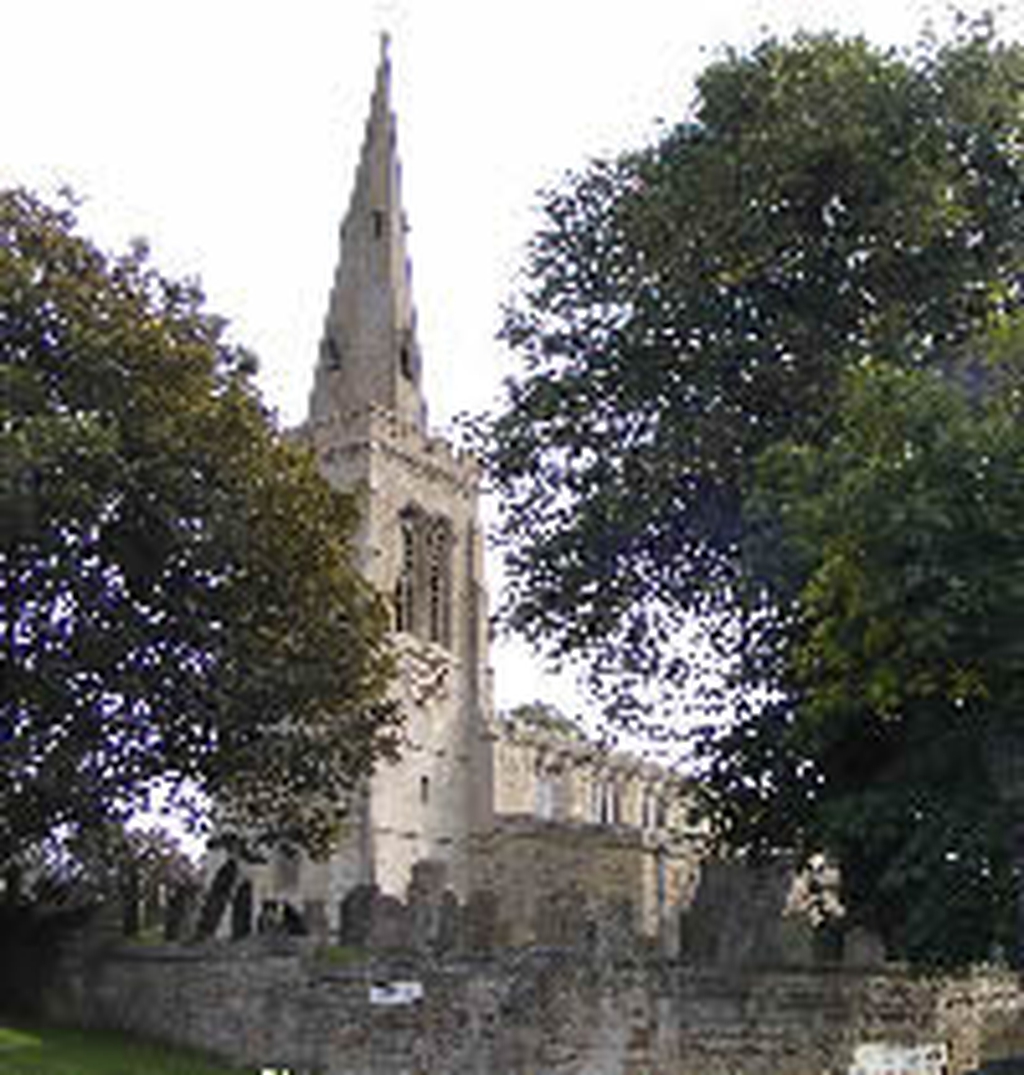 In a village as ancient as Geddington, there was most likely a church before the still visible Saxon portion, but the present building is dated by most authorities as about 950AD, though there are arguments placing its construction over a century earlier. It is still possible to see the Saxon arcading on what was the original exterior wall as well as the slope of the original roof. Bones from a Saxon grave were discovered while the floor was being repaired in 1990.

Saxon Portion
The Plantagenet Kings who frequented the church added the aisles, first in the 12th century and later in the 14th, as well as their own personal entrance known as the King's Door.

As the Hunting Lodge behind the church grew to become known as the Palace of Geddington throughout the Plantagenet and Medieval period, the famous and the infamous attended councils, a parliament and other national and royal assemblies held here.

Of course the best known event is the procession of Queen Eleanor in 1290. The hundreds of nobles and servants that accompanied her body and attended the services held for her in St Mary Magdalene would still recognise much of the present day church.

Throughout the church there are many, many objects such as sculptures, gargoyles, gravestones and carvings which attest to its passage through the ages. Some of which bear the marks of the reformers of the mid 1500's after Henry VIII. All images, graven or otherwise were considered heretical, so statuary noses were chiselled off and all of our medieval stained glass would have been smashed as well.

The 'Rood' screens were also a target of these reformers, as they not only contained an image of the Christ, but it was felt they separated the priest from his congregation. Through luck, providence or guile, St. Mary is possibly the only church in England which has managed to still have in use all of the Rood screens; the ancient screen which was meant to be destroyed, the post James I from 1618, (a gift of the famous Tresham family,) and the Victorian screen of 1857.

The east windows were created by Sir Ninian Comper. He also designed windows for Westminster Abbey and the entirety of St Mary's in Wellingborough, amongst many others. Interestingly, the central East window was created in the early part of his illustrious career while the South East window was created not long before his death, and it is startling to see the vast changes in style in the intervening 50 years


More detail can be found in a pamphlet available in the church and you can visit the St. Mary Magdalene page of the Corpus of Romanesque Sculpture of Britain and Ireland Site

Or far preferable, come visit us and discover the beauty and history of the village and our church in person.