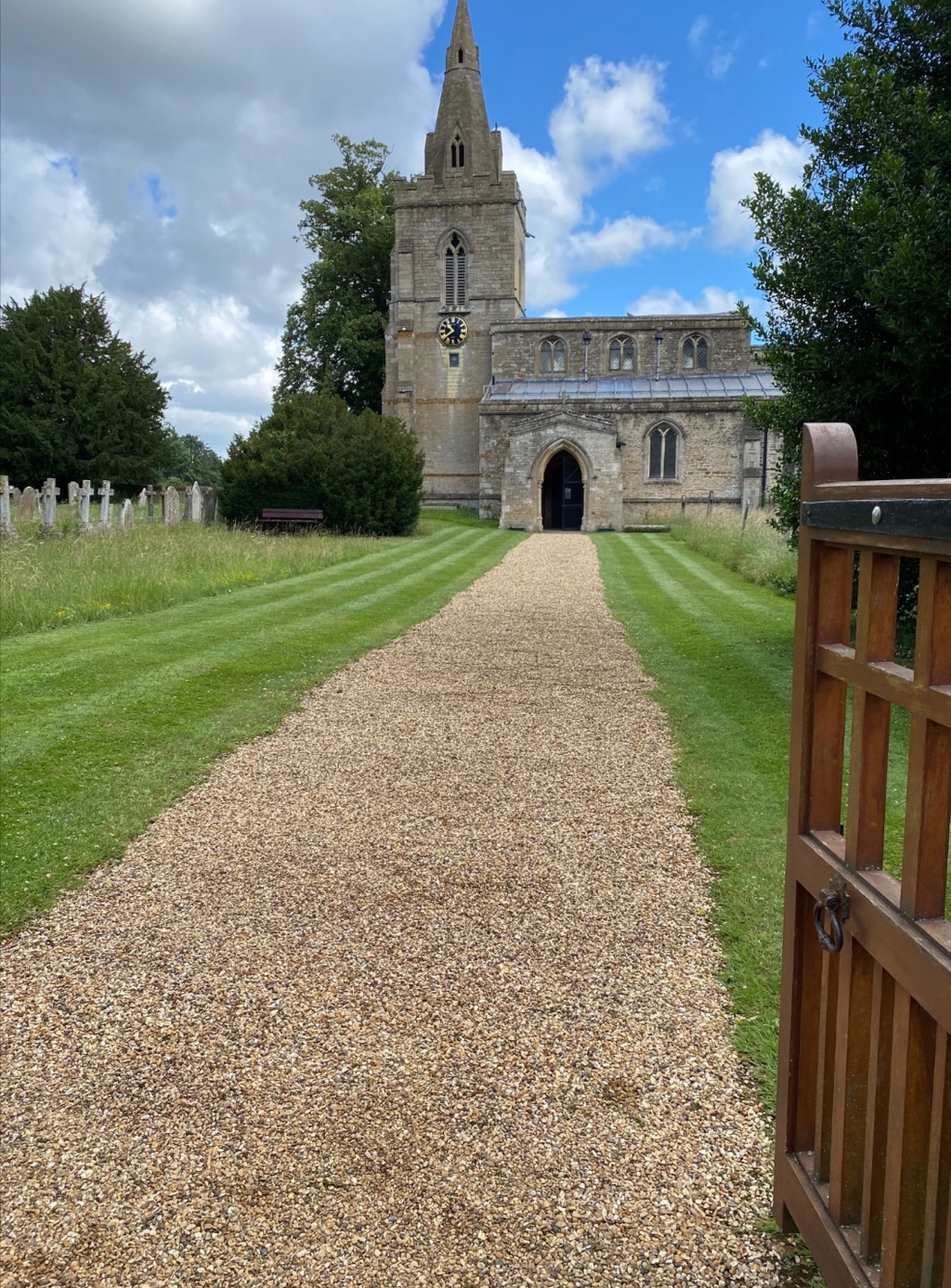 St Mary the Virgin Weekley is a delightful church with an active membership. In recent years we have seen its numbers growing and its work in the

community increase. To put it plainly, it is quite simply idyllic. It sits in a quite spot in the village of Weekley overlooking the Boughton Estate. On Sundays, it has a welcoming and open style and a very diverse and friendly gathering of people. There are often many young children and families in

attendance as well as many older folk from the village and beyond. St Mary the Virgin, Weekley and St Mary Magdalene, Geddington work together in most aspects of day to day Christian life. For weddings, baptisms, and all other aspects, please see the relevant section on the main website.

A little bit of history

St Mary the Virgin is commonly considered to be a most beautiful and authentic country church. As such, its exterior was the backdrop for Mr Collins’ Church in the 2005 film adaptation of Jane Austin’s Pride and Prejudice staring Kiera Knightly.

Much like Geddington, there is evidence that there was a Church on the site of the present day building long before the development of the present structure. The oldest remaining part of Weekley church is, strangely enough, is the south doorway, dating from around 1200AD. It is thought that this arch was the chancel of an earlier church, repositioned. One of the church’s windows, in the north wall of the Sanctuary, is especially early, dating from the 13th Century. The tower is also from a similar period.

For well over 500 years, the church at Weekley has had a strong association with the Estate at Boughton and the Duchy associated with it. On the north wall are memorials to members of the Montagu Family, with the earlier monuments being to the east and a plaque to more recent members of the Montagu Douglas Scott Family to the west. There is a piscina let into the east wall of the Montagu Chapel, which may indicate the probability of there having once been a side chapel here. Above the piscina is a plaque to a member of the Montagu Family and there is another on the north side of the chancel arch.
On the floor of the belfry are two ancient memorial slabs. That of Dame Anneys La Vavasour (which has entirely lost the brass with which it was once inlaid), dated to approximately 1290AD, and one belonging to the Montagu family dated 1651AD. Like other churches in the county it is thought that Oliver Cromwell, at some time before the Battle of Naseby, stabled his horses in the church, destroyed the original stained glass and smashed the many marvellous statues, which were once said to have been here. If so, he missed the small statue of the Virgin and Child which remains above the north-facing archway and is best seen when leaving the church. Weekley stained glass is particularly wonderful and many of the Saints, Parables and Miracles are represented in the windows.
As with St Mary Magdalene, Geddington, the fabric of St Mary the Virgin, Weekley is testimony to the need for holy spaces to adapt to their living and growing Christian communities in each new age. In both churches there is evidence of this happening frequently throughout the centuries and this process has not ceased today as we continue to pray about and develop God’s Holy Houses so that they may best reach out to the communities that they serve and the people who are called to fill them.