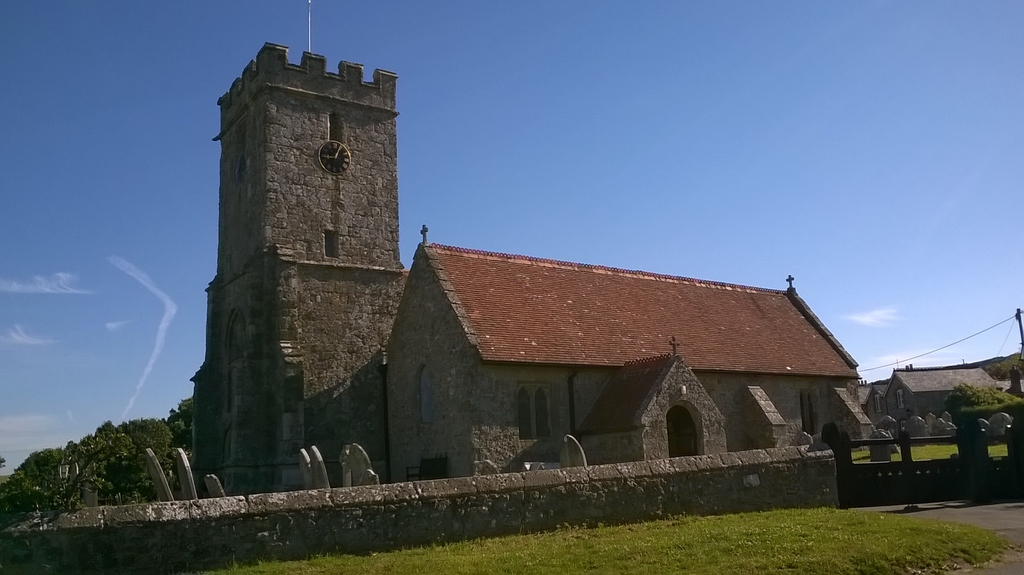 St Andrew’s, Chale, was dedicated by the Bishop of Winchester in 1114.  The church was built by Hugo de Vernon, Lord of the Manor of Chale, and its patronage has been held by Langford, Pounds, Worsleys and now by Keble College, Oxford.  Over the years the building was extended and the fine perpendicular tower, with its quatrefoil panels at the base of the western buttresses, was built in the 15th century.  It is said to be the earliest square-roofed perpendicular tower on the Island. It has two rows of fine pierced ornaments and unusual traceried windows in the belfry, unfortunately cut by the modern clock faces.

Every window in the church is a stained glass window, and at the same time, a memorial.  Six of the windows were made by Charles E. Kempe, a renowned Victorian stained glass designer and manufacturer.  His windows were regarded as the best, and one of his 'trademarks' was that of peacock feathers used to show the angels' wings.

The church is now within the benefice of Niton, Whitwell and St Lawrence.