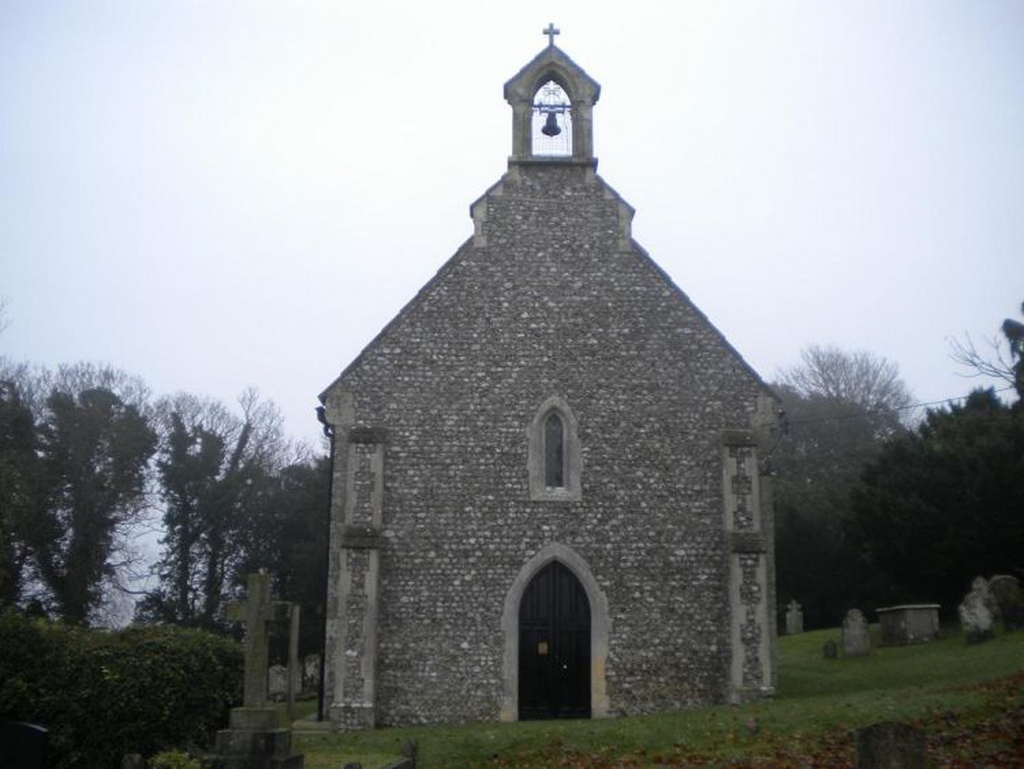 This simple two-cell ancient church, standing almost in isolation in the unspoilt rolling farm and wooded land at the foot of Portsdown Hill, has been described as a "perfect pre-Conquest church", "a valuable specimen", and, "a wonderful little treasure house". Some archaeologists incline to the view that a place of worship existed on this site in the pre-Christian era, and while the date of the foundation of the church is lost in history, it was certainly built by Saxons who worked untroubled by the influence of William who was to become the Conqueror. The original Saxon West wall was removed at some stage and the Western apartment thrown into the Nave. The open bell turret is formed as an archway with delicately moulded pillars roofed with stone tiles. The pillars and original stone-work are probably Early English, but the protective roofing is principally 19th century repair work. It has been said that "the jointings on the internal and external stonework, as in all good Saxon quoins or ashlar, can be fairly termed ‘fine-jointed stonework’, in direct contrast to even the best early Norman masonry.  The work on the building illustrates the elegance of design, and the ability of execution, by native Saxon architects,

Despite a general restoration in 1853 much of the church remains. On the east gable a vertical pilaster strip rises from a stone string course, a feature of Saxon architecture, and on the north wall of the chancel a splendid example of a double-splayed Saxon window opening, decorated with a double line of cable moulding may be seen, but from the exterior only. No other trace of an early light opening, save this, can be seen anywhere throughout the Church. It, therefore, could have been the window in Saxon times. There is some evidence that a wooden shutter was fitted at a later date.