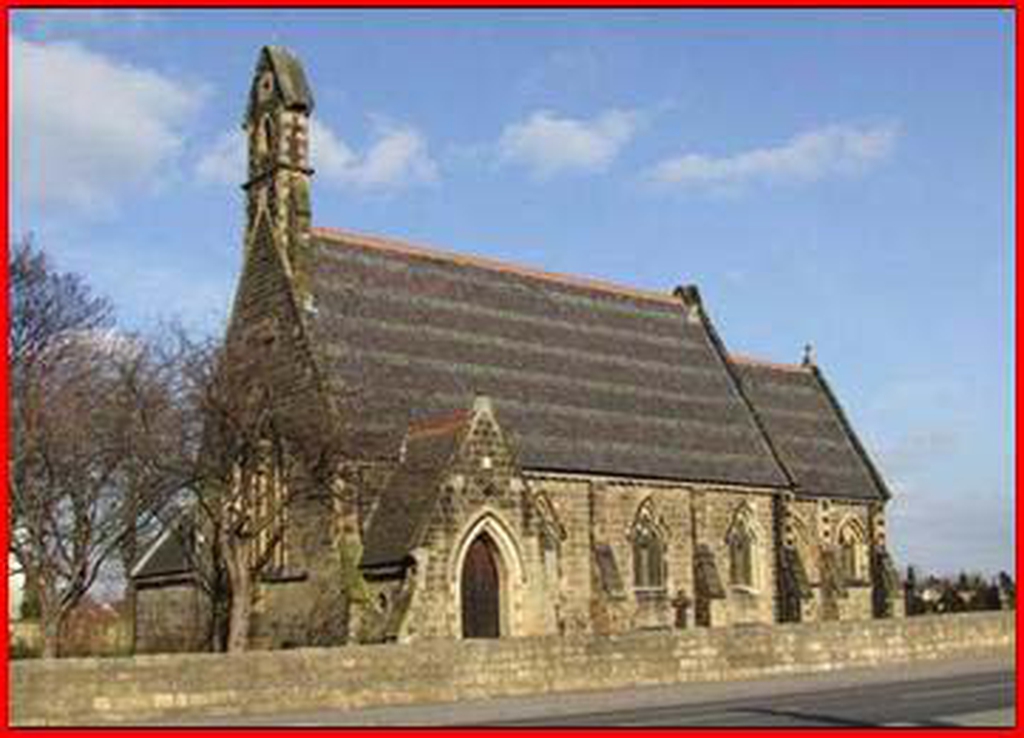 The foundation for the church was laid in 1863 by Mrs Bland of Kippax Park. Bishop Bickerdike consecrated it on August 10th 1865. A lychgate was erected to the memory of Hugh Smithson, the manager of the local colliery. Originally there were eight bells, dedicated in June 1920 to mark the signing of the Peace on June 28th 1919. There is now only one bell in the bell cote.

The stained glass windows include one to Revd James Bell, the vicar for thirty-three years. The east window was erected by Revd Edward Davison Bland of Kippax Park. The three lights remember the Kippax vicars, Charles Bickerdike (1828-1888) and John Davison Bland. The west window was to Edward Longbottom (1910). Some of the stained glass came from the closed church of St Aidan, Great Preston. The oak pulpit and the brass lectern were dedicated on March 31st 1919. The credence table was given in memory of Peter Moody (died 1939), and the sanctuary in which the table is placed was renovated with a bequest from Revd Charles Hutchinson. It was dedicated by the Bishop of Knaresborough on December 3rd 1966.