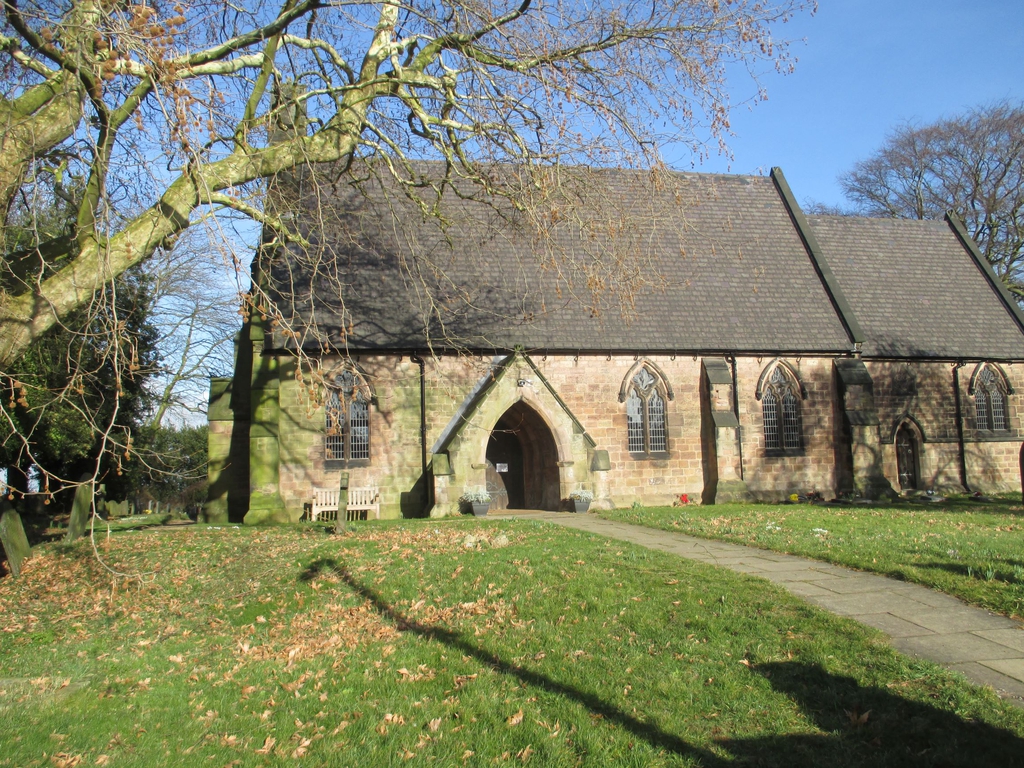 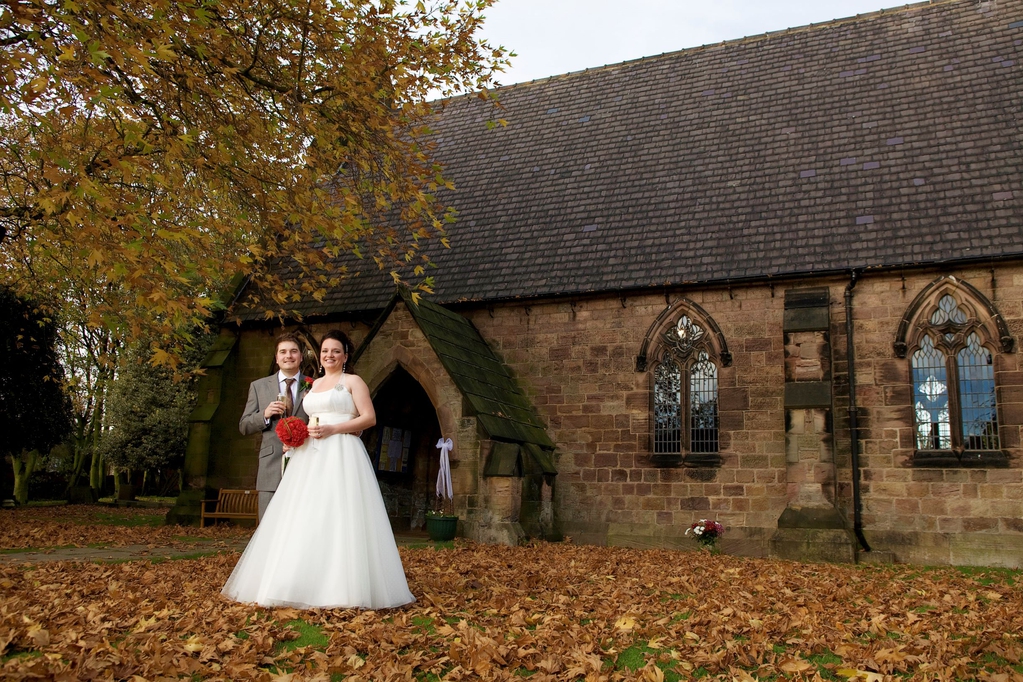 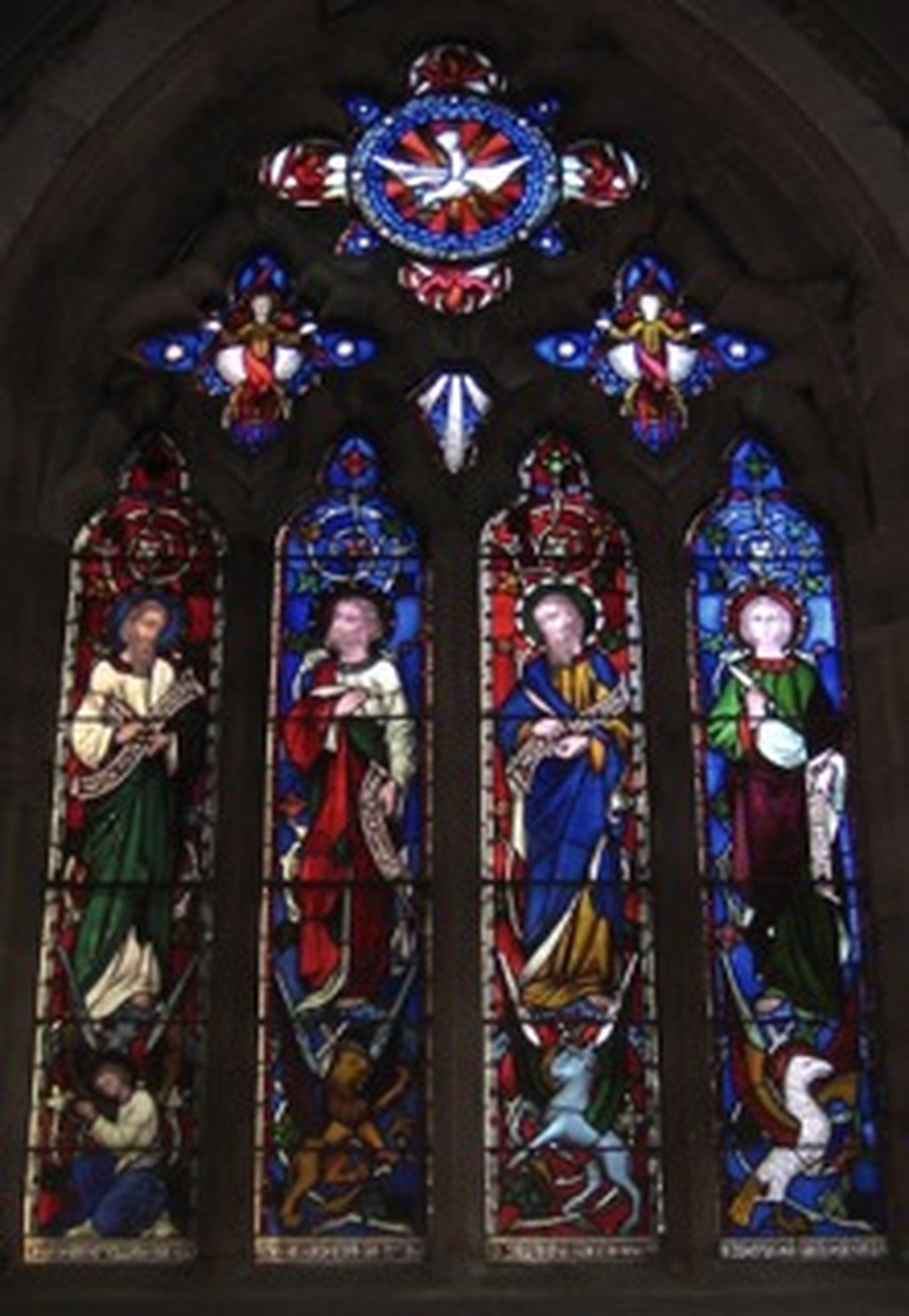 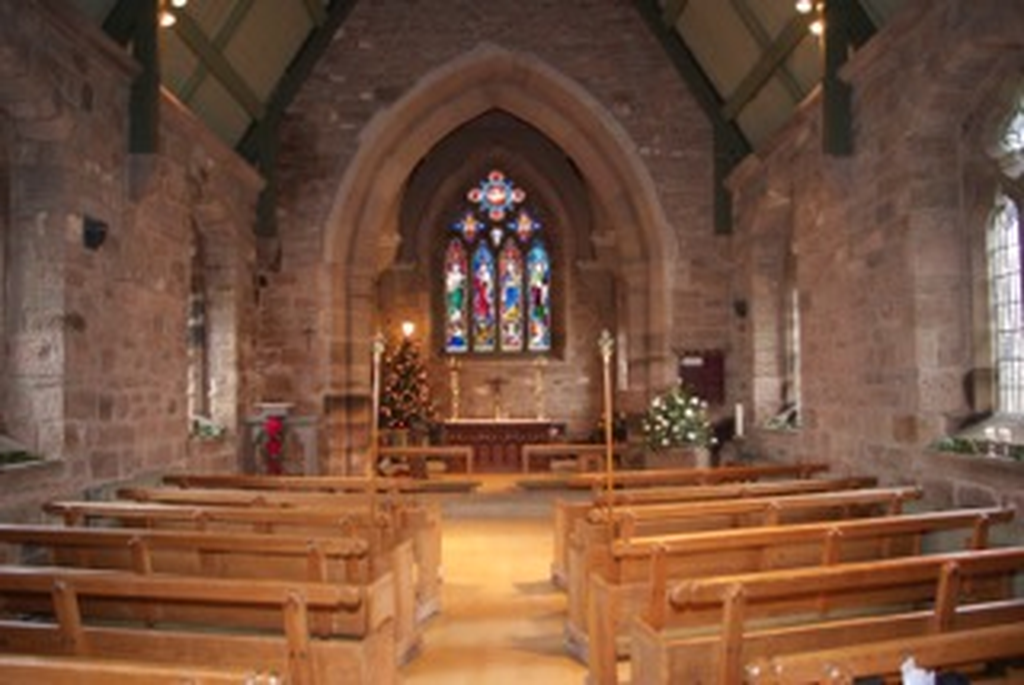 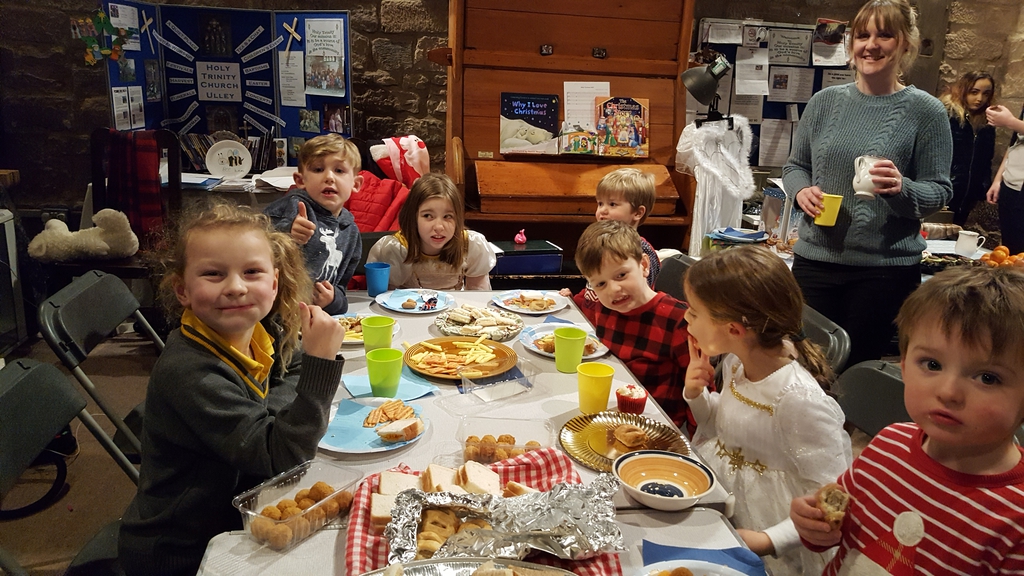 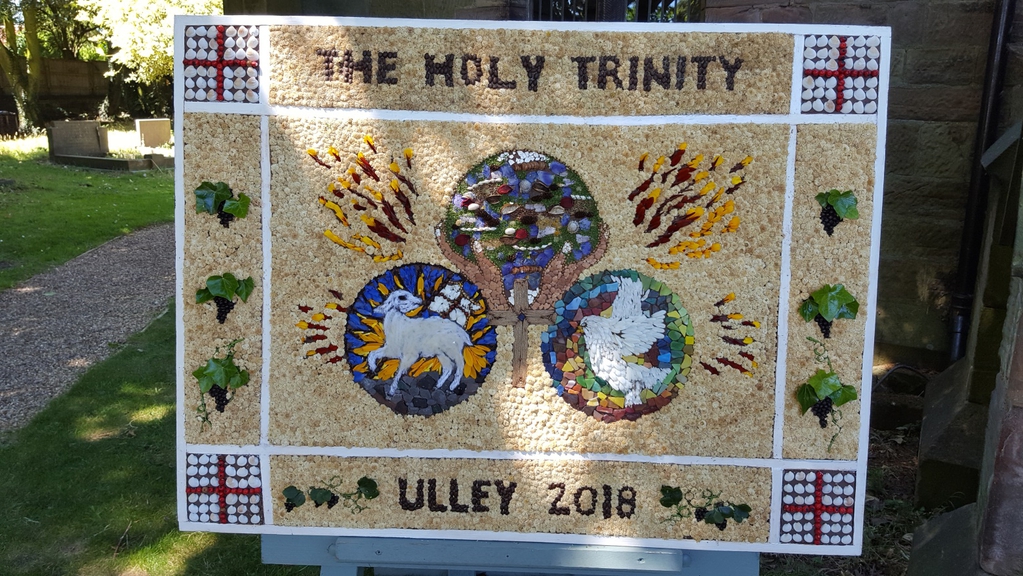 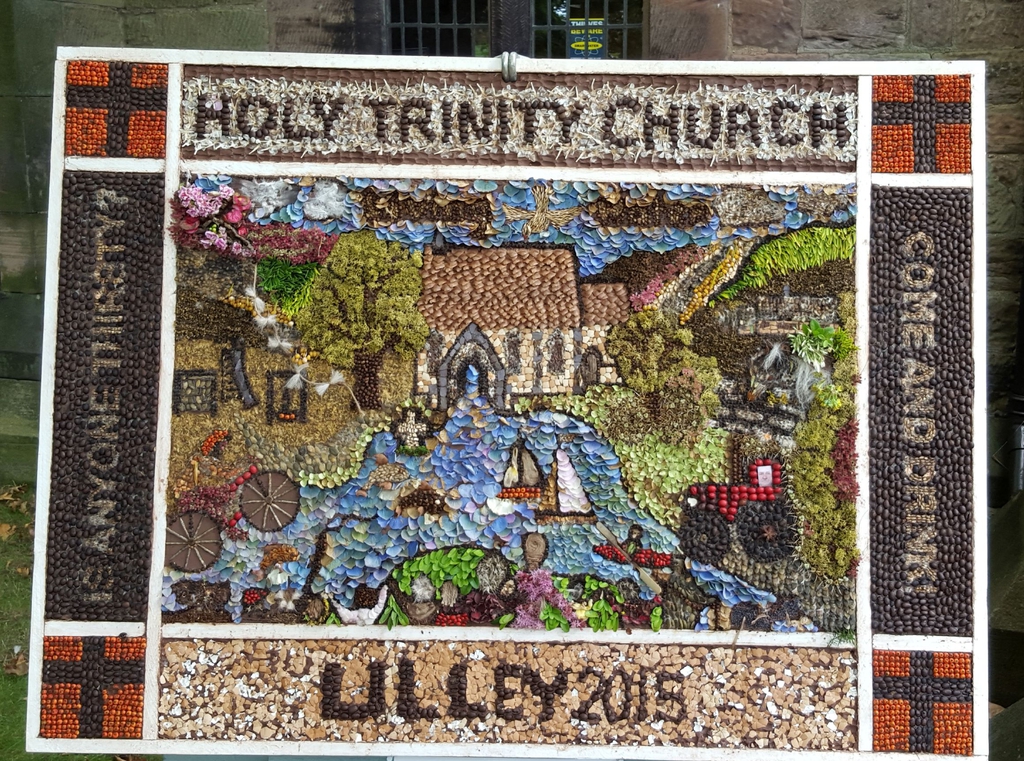 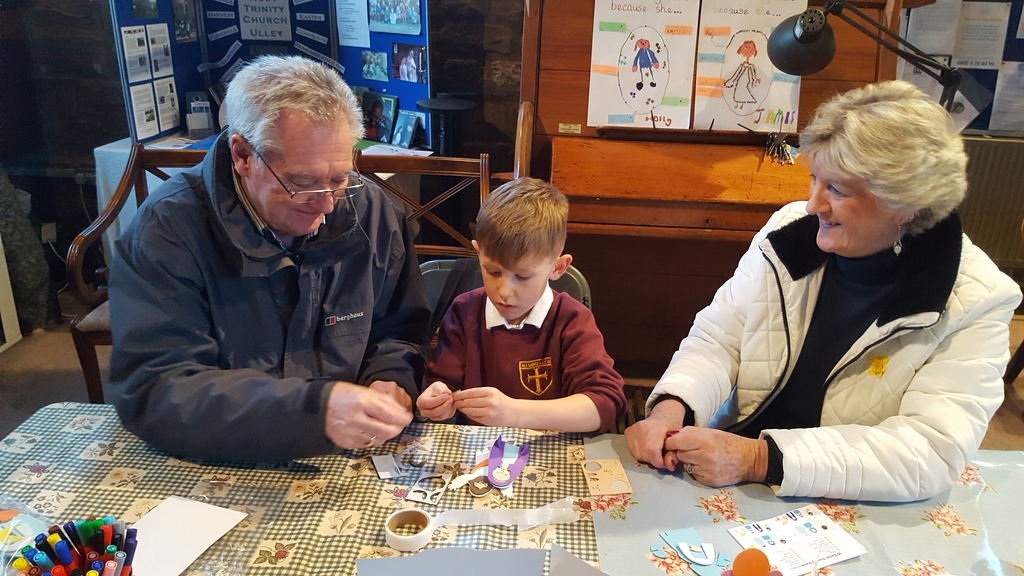 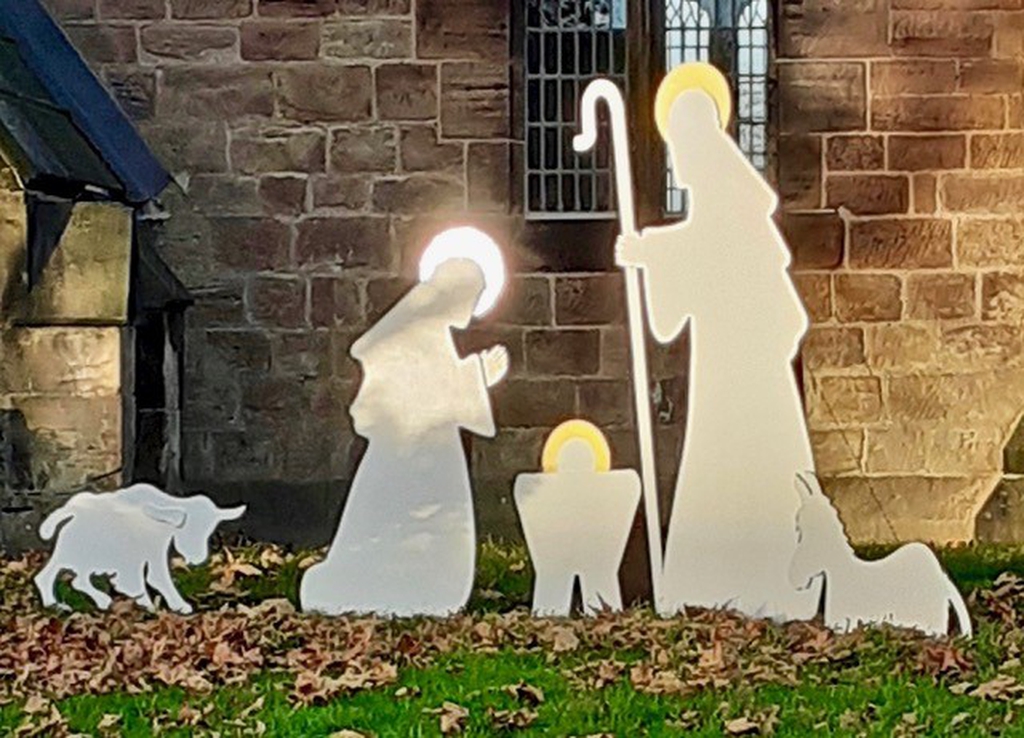 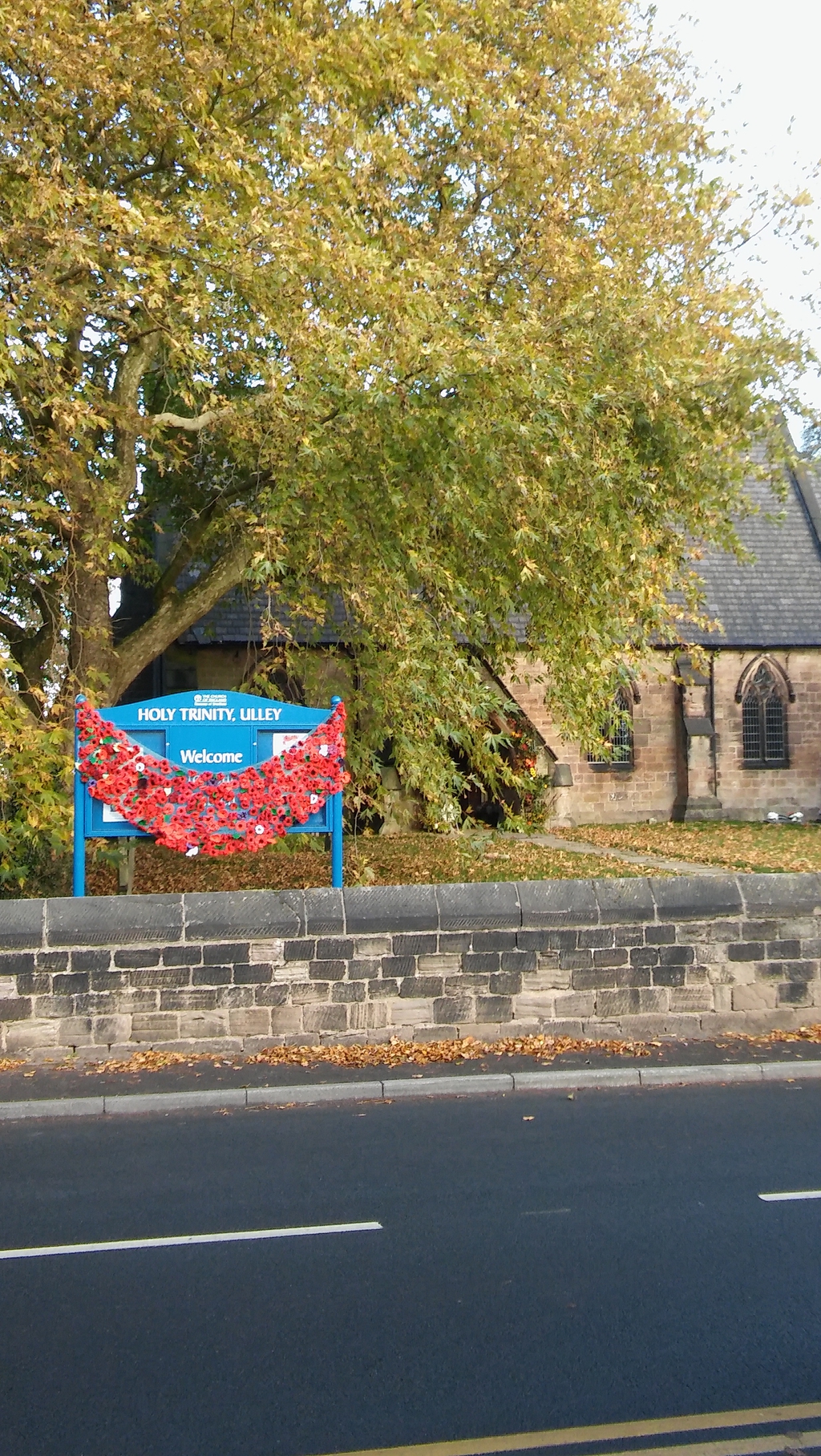 In Roman times Ulley was the site of small enclosure and garrison on a road connecting Temple-borough with what we now call the A1 or Great North Road. The enclosure was at the highest point behind the present Village Hall and Royal Oak inn. Roman coins have been found in the area. There was a Roman pottery at the corner of Ulley Lane and Aughton Lane, Aston. There are signs of a track or road providing a direct route from Ulley to Rotherham.

The Saxons gave this place its name. Ulley means “the meadow where the wolf is”. A small community of people continued to live where the Romans had lived before. In the middle ages a chapel with a monastic cell was built on what is now the South East corner of the churchyard. It was served by a monk from Worksop Priory. It was also used as an inn or hostelry for travellers.

Some indication of the size and beauty of this chapel is given in the remaining fragments: a portion of its East window now preserved at the West end of the church and two stone faces now fixed on the inside walls of the church.These are easily distinguished from the four Victorian heads, previously on the bell turret, which are also preserved in the walls of the church.

After the Reformation in the sixteenth century, the chapel was converted into cottages. Part of these were excavated in recent times and show signs of domestic occupation. The chapel and cottages were demolished in 1850 when the present church was built.

In Victorian times the present church of the Holy and Undivided Trinity was built by Viscount Halifax (whose arms can be seen outside, above the South door of the chancel). It was consecrated in 1851 and the Townships of Ulley and Brampton (formerly parts of Aston, Whiston and Treeton) became a new ecclesiastical parish. Later Brampton became part of the new Parish of Thurcroft.

Viscount Halifax built the church in memory of his brother who was a close friend of John Henry Newman, an Anglican Priest who was leader of the Tractarian Movement which sought to remind the Church of England of its ancient Catholic heritage. Newman eventually joined the Roman Catholic Church and was made a Cardinal.

Ulley was one of the few Victorian churches specially built for Catholic worship centered upon the Holy Eucharist. It became a focal point in South Yorkshire of the “High Church Movement” at the end of the last century. There were riots and court cases which reflected the hostility between the “high” and “low” of the Church of England. All this is now in the past and Ulley church retains signs and symbols of its catholic past and present:

The Aumbry or sacrament House of the North side of the Sanctuary was designed by Sir Charles Nicholson and is a memorial to Father A. N. Vowler, priest of the parish from 1909 to 1922. Within it the Sacrament is reserved.  Thre is a  fine collection of Victorian Eucharistic Vestments, both copes and chasubles. Most of these were made locally and are still in use.

Ulley stands above a coalfield. In the 1960’s there was severe ground subsidence, part of the churchyard sinking almost four feet. The church was badly damaged and was closed for a time. During its repair the appearance of part of the church underwent a change. The Victorian walls were covered in plaster and whitewash. This was removed to reveal some very fine stonework. The floor was covered in Victorian black and red tiles which were in a very bad condition. The whole floor was strengthened and renewed. Most of the church Sanctuary furnishings were in decay and were replaced. The organ – a rare very early Father Willis – was completely restored.

On the outside, the bell turret at the West end of the church was badly damaged by the subsidence and part of it had to be removed. The sculptured heads which were on the turret are now on the walls inside church.

Although Ullley never had more than two hundred inhabitants, it enjoyed the luxury of a resident priest for a hundred years. From 1948 until 1965 there was no Vicar and the parish was served by clergy from Thurcroft and Rotherham. In 1965 the Rector of Aston was appointed the Vicar in plurality with Aston. Now, Aston, Ulley and Swallownest churches form a team.

Church is open every day for quiet reflection time and there are communion services most Sundays at 9am.

The original Vicarage, built at the same time as the church on a site adjoining the churchyard was badly damaged by land subsidence during the 1930’s. It was demolished and a new Vicarage at the West end of the village was built in 1936 by the generosity of the Patron, Lord Halifax. This has now passed to private ownership and is known as The Old Rectory.

The Traveller’s Rest was at the ponds as you leave Ulley to go to Brampton. It is now a private house. A decoy city formed from an arrangement of lights was set up close by to confuse German planes which were trying to bomb Sheffield in the Second World War.

In the Nineteenth century the church built the school and a schoolmaster’s house. This provided education for the children of the village until the 1950’s. At one time it is said to have held two teachers and a hundred children! When the school was closed it was purchased by the Parish Council for use as a Village Hall.

The Village Hall was refurbished and re-opened in 2008. The Village Hall refurbishment won top prize at Rural Action Yorkshire’s Village Ventures competition .A great deal of effort was put into local fundraising over an 8 year period.

Ulley Country Park was once a quarry where local stone was quarried. In 1874 it was dammed and flooded to create a reservoir to provide drinking water for the area. In 1986 it opened to the public as a leisure park.

In 2007 Ulley made the headlines with threats of the reservoir dam bursting its banks. Hundreds of people in nearby villages fled their homes when cracks appeared at Ulley dam near Rotherham, after torrential rain on 25 June, 2007. Engineering works, including a new overflow system, began in October 2007 and were completed at a cost of £3.8m. The country park re-opened in 2010.