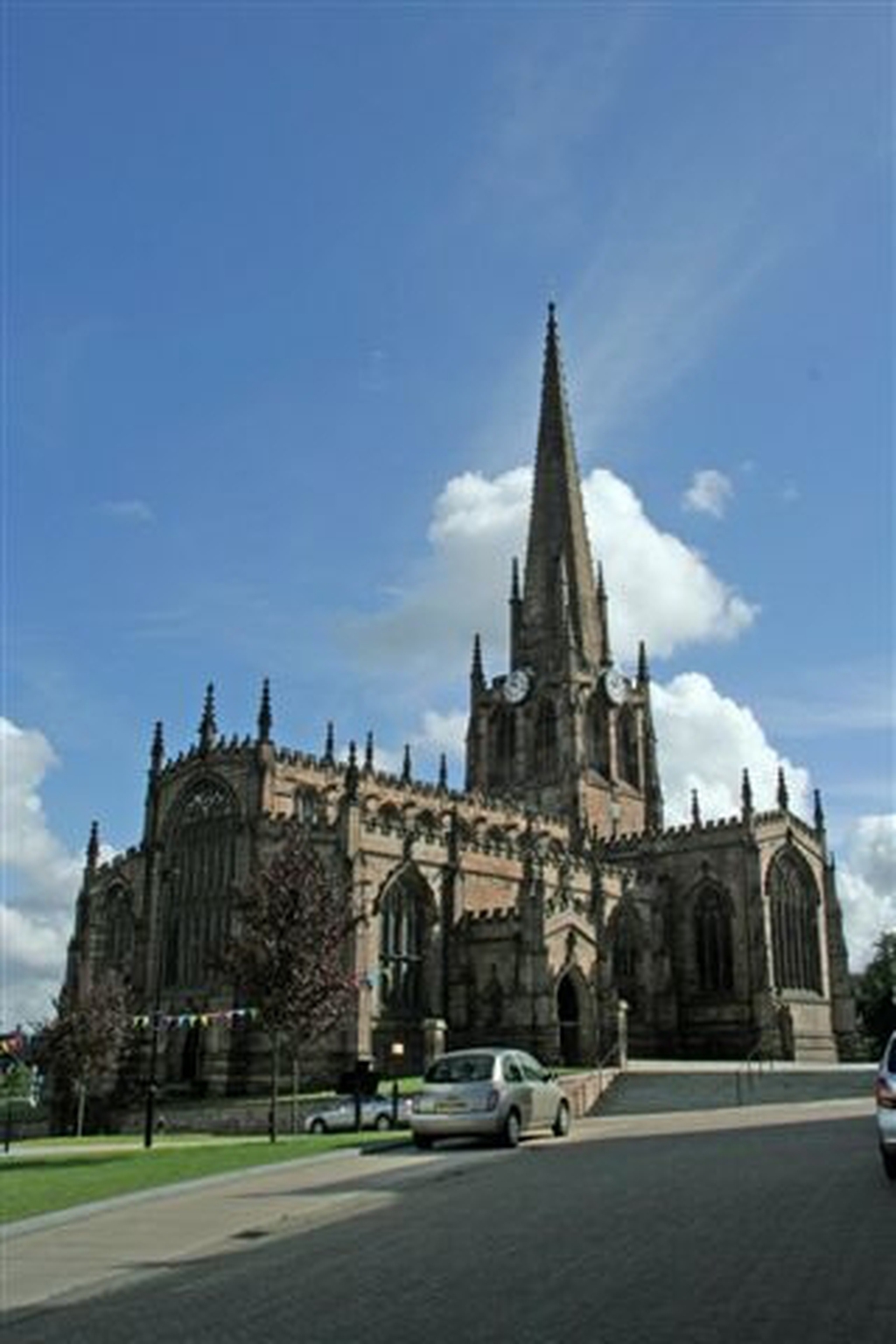 The Minster Church of All Saints, Rotherham.

The Parish Church has stood at the centre of the town for over a thousand years. Beginning as a small Saxon church sometime around the tenth century and then devloping via a larger Norman structure to the present perpendicular church that has graced the town centre since the fifteenth century. Perpendicular in style and cruciform in shape the church was granted Minster status in 2004.

Surrounded by the landscaped lawns of the churchyard the tower and spire dominate All Saints square and are a prominent landmark throughout the town and beyond. The peal of twelve bells can be heard to ring out in celebration and commemoration continuing a centuries long tradition of ringing.

The Interior of the Minster has undergone many changes but the return stalls of the medieval chancel remain with poppy heads depicting the major characters of the Annunciation and the Nativity. The organ retains the case, and some of the pipe work of the 1777 Snetzler instrument and the early Jacobean pulpit is a prominent feature of the nave.

The Nave roof was restored in the early nineteen nineties and the seventy seven bosses were regilded. Each one is an individual, no two are alike.
The Chancel Roof still bears its original early sixteenth century decoration based around the Union or Tudor rose.

The clerestory windows of the chancel and the nave give a feeling of light and space enhanced in the nave by the slender diamond shaped pillars of the arcades and the adjacent aisles.

The monuments inside the Minster have their curiosities. The Masbrough Boat Accident, where fifty young people died at the launch of a vessel stands across the South Transept from a memorial to Samuel Buck, carved by John Flaxman who served Wedgewood as the head of his Rome studio and later became professor of Sculpture at the Royal Academy. Beneath the Chancel Sanctuary were interred the organs of Jane, Duchess of Norfolk, in 1694

The Earls of Effingham have their memorials in the Chancel. The Earl was lay rector of the Parish in the 18th and 19th Centuries and the present high altar and its accompanying furniture was a gift of the Earl and Countess as part of the Gilbert Scott restoration of the 1870s.

The Minster maintains its ministry in the town centre as a place to meet, to celebrate and to remember. A popular place with the visitors to the coffee mornings in the South Transept and to enjoy the quieter times in the afternoon when a more tranquil air settles over the building.