Chapel on the Bridge 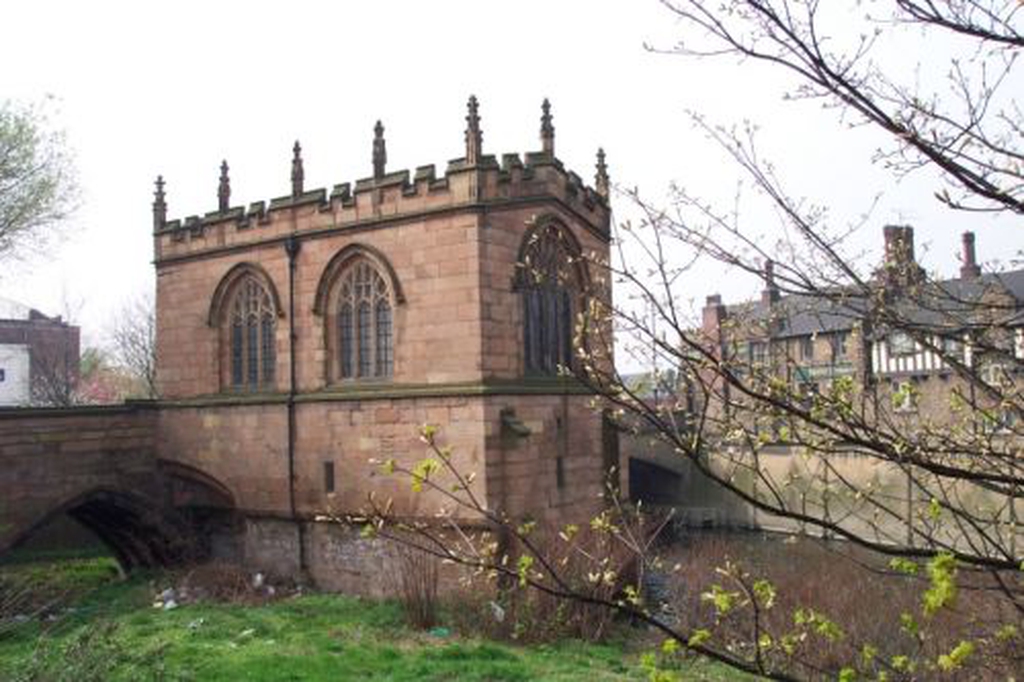 The Chapel of Our Lady on Rotherham Bridge.

The Chapel of Our Lady on Rotherham Bridge is one of a handful of surviving Bridge Chantries. Standing at the middle of the medieval bridge that served as the main road into the town until the beginning of the twentieth century it is an unusual neighbour to the Transport interchange in the town. The building date of 1483 is derived from the will of a local teacher, John Bokying, who left "3s 4d to the fabric of the chapel to be built on Rotherham Bridge."

The door opens into the single room of the Chapel, built over a cellar space reached by a descending stone staircase. In the adjacent corner behind a wooden door a spiral staircase climbs to balcony level that gave access to the window over the door. A window where each night the Greave of Our Lady's Lights would set a lamp to guide travellers through the darkness to the safety of the bridge. Both the lights and the Chapel fell victim to the Reformation when it was closed with the Abolition of Colleges and Chantries in the 1540s and began a strange journey through history. The Ffeoffees of the Common Lands of Rotherham,who were responsible for the provision and upkeep of almshouses took over the empty building and converted it into living quarters by closing up the arched windows and installing an upper floor for sleeping accommodation.

The Chapel became part of the town's defences in May 1643 when Royalist troops encamped across the river tried to storm the bridge at great cost. Among the town's defenders were thirty boys from the Grammar school who having obtained a cannon deployed it and, according to the accounts of the time, "did great murder that day."

Damaged by the battle and neglected for years afterwards the Chapels contribution to the strength of the bridge saved it from demolition and eventually saw it repaired and fitted out for use as the town jail. In 1779 the Deputy Constable moved in and for £5 a year rent and an agreement not to sell ale or spirituous liquors occupied the chapel and the crypt was converted into the jail. The doors from the cells can still be seen, decorated with the graffiti of the prisoners. The Constable and his prisoners moved out when the new Courthouse was built in 1826.

The chapel was rented out as a dwelling until 1888 when it opened for business as a tobacconists and continued to trade until 1913. The business was bought out and closed by Sir Charles Stoddart, backed up by public demand, and in 1924 the process of restoring the chapel to its original purpose was completed. Further restoration work was carried out in the 1970s and the new window was installed.

With a regular celebration of Holy Communion it is an active element in the work of Rotherham Minister.