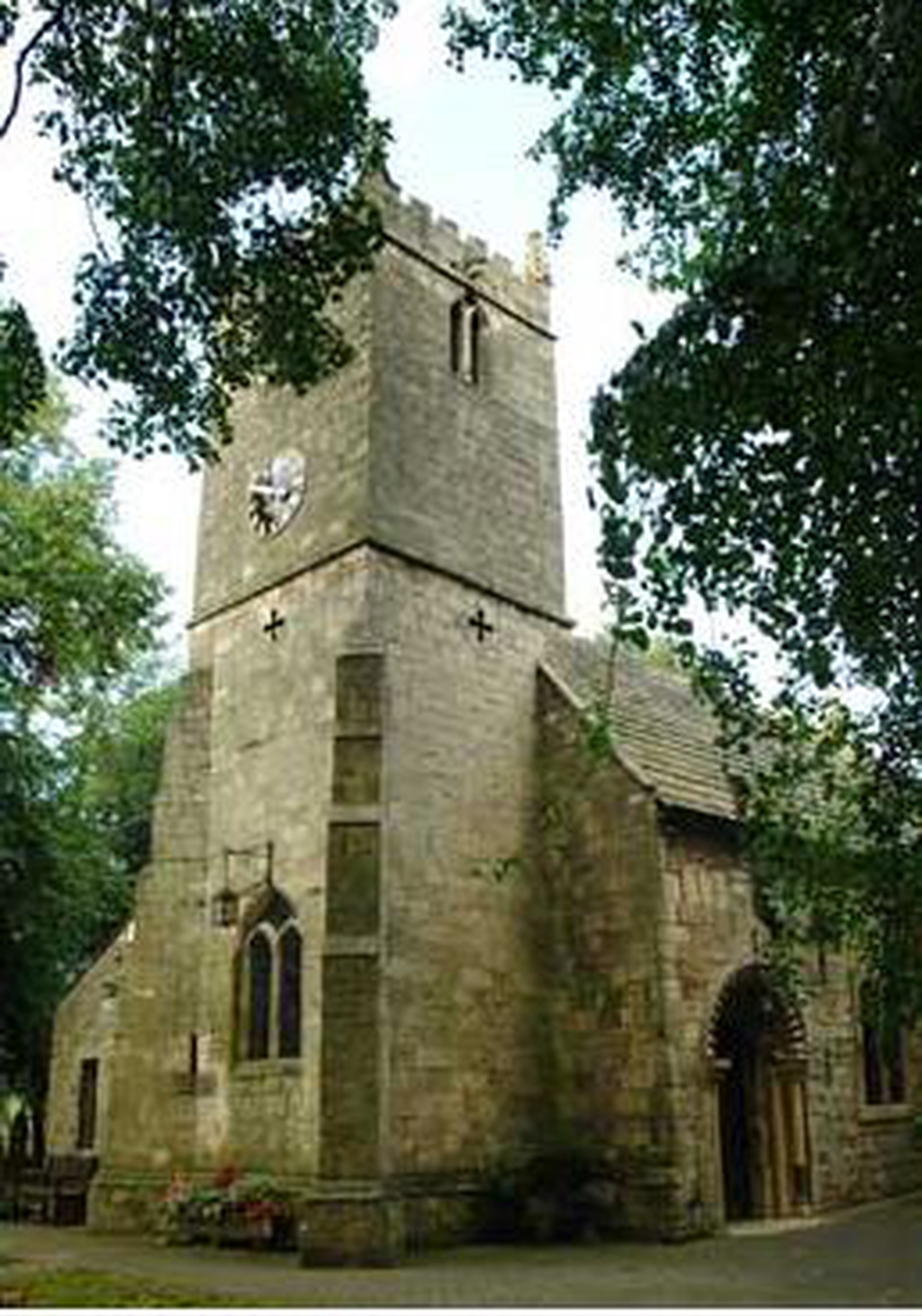 The Parish of Kirk Bramwith with Fenwick and Moss is a large rural parish with a population spread over three small villages, hardly more than hamlets, two slightly larger villages and a number of smaller hamlets and scattered farms.  The population at the 2011 census was 320.

At St. Mary Kirk Bramwith we take the Safeguarding of all who visit us and are in anyway involved with our Church very seriously.  Please refer to our Churchwardens for details of our policies and to request copies of our policy documents.

The parish is bounded to the north by the River Went, and to the south by River Don, although to the hamlet of South Bramwith, which is south of the Don, is part of the parish.   The parish is bounded on three sides by urban areas.   The population is still strongly agricultural but there is a large proportion of residents who commute to the urban areas for work.

The parish Church of St. Mary, Kirk Bramwith is one of three parishes forming a United Benefice, which formed strong links and which work together to support and assist each other, while maintaining their individual characters.

The regular congregation is small in number but there is a fringe of parishioners who attend occasionally; festivals are better supported and there is a strong group of supporters for social and other events.

The Domesday Book describes Kirk Bramwith as part of the Wapentake of Strafford and it was held by Roger de Busli, the great chief at Tickhill.  Soon after the Norman Conquest it became part of the great estate of the de Lacy family.  These estates became part of the Duchy of Lancaster and, when the Duke of Lancaster became Henry IV in 1399, they became a Royal Estate.  Ever since, the Duchy of Lancaster has been the Patron of the church.  However, since 1987 and the formation of the Benefice to include Fishlake and Sykehouse, this Patronage is now shared with the Bishop of Sheffield and the Dean and Chapter of Durham Cathedral.

Although likely to be on the site of an earlier church this building, under the direction of the de Lacy’s, was started in 1120 by the monks of Selby Abbey.  Renovated over the centuries, it is still basically the original Norman church.  The tower is 13th / early 14th century, as is the chancel south doorway.

The main doorway is Norman with an outer order of 21 beakheads and an inner order of zig-zag decoration.  The door was made in the 1940s by the famous cabinet maker, Robert Thompson, whose trademark is a mouse.  In total, there are 26 mice carved on the various pieces on furniture throughout the church.

As you enter the church, the bookcase on the left (made by Moulds & Murray) is in memory of Mrs M Pashley, churchwarden and benefactor of this church.  Alongside are the two churchwardens’ wands, symbols of their role as the Bishop’s Officers.  The plaque commemorates the repair of the tower in 1976, funded in part by Clifford Glossop.

Step inside the tower area. The ‘kitchen in a cupboard’ was provided in 2009.  The tower window bears the de Lacy Coat of Arms.  The tower has a bell, made in York in 1350 and is probably the oldest bell in the Diocese of Sheffield.  For the 2000 Millennium, the tower clock was installed. This has a smaller fixed bell, once used in Bentley Park and before that in Arksey School.  Behind the curtain, a door leads to a flight of stone stairs giving access to the belfry.  A ladder takes the strong-hearted to the tower roof.  This is not open to visitors.

The font is said to be Saxon.  It was dug up in the churchyard in the 1940s and replaced the previous font which now stands outside the main door.

On the north wall, the smaller window (once a doorway) has a Chaplain of the Order of St John of Jerusalem in the top left corner.  The figure top right is believed to be Rt Revd William Howley, Archbishop of Canterbury from 1828 to 1848.  The two lower figures who each carry a sword are thought to be Knights Templar.  To the right is a banner of Edward of Lancaster and his successors, the three lions of the Duchy Arms and the Arms of England.  It is a memorial to King George VI and was made by Robert Thompson.  The larger window is in memory of the Glossop family, late of Bramwith Hall.  Major Glossop’s interests and occupations are illustrated by scales (a JP), barley (farming), drops of water (his position on the Water Board), hops (brewing), a gun (a keen sportsman) and the East Yorkshire Regimental Badge.

The hymn boards are again made by Robert Thompson.  Note the chevron between the two hymn boards - like the one on the tower wall outside.  The organ was newly acquired in 2009.

Pass under the Norman arch and into the chancel.  Again, most of the furniture is by Robert Thompson, including the lectern.  The illuminated panel contains stained glass effigies of Michael de la Pole, Rector from 1314-19 and Margaret of Anjou.  Margaret (1430-82) was the Queen consort of Henry VI of the House of Lancaster.  Through her weak husband she ruled England and started the War of the Roses, which was lost by Lancaster when her son Edward was killed.  The large oak chest was given by Canon Rolfe in memory of his son, who died when the Lusitania was torpedoed on 7th May 1915.  The two smaller chancel windows are made up of old pieces of stained glass designed by George Pace of York, our late architect.  The chancel door was given in memory of men and women who served and fell in World Wars I and II.  The chancel was rebuilt in 1847 by Revd Daubeny, who also built the rectory.  The iron chest was once used for the storage of parish records.  To the right of the altar stands the Bishop’s Chair.  The blue kneeler was given by the Duchy of Lancaster in 1997, the year of the Queen and Prince Philip’s Golden Wedding.

The altar with matching oak panels and the altar rails were provided by local residents when the church was refurbished in the mid-1930s.  The chancel floor is made of gravestones from the churchyard.  The east window was donated in 1936 by friends and relations of Canon Rolfe’s family.

Note the pulpit and its Royal Coat of Arms also made by Robert Thompson.  The first window by the pulpit is in memory of the Lunn family. It depicts Constance of Castille, second wife of John of Gaunt, and Elizabeth of York. She married Henry VII, uniting the rival houses of Lancaster and York.  The next window, to George III and Queen Anne, was installed in gratitude for the North African victories of World War II and was the first memorial in the country for that purpose.  The banners of the United States, the Free French, Poland and Commonwealth countries whose forces were represented at the dedication ceremony, still hang in the church.  The flower troughs on the windowsills are from the bombed Houses of Parliament.  The medallions on the front of the troughs came from the guttering of that place.

The pews in the nave are still more examples of Robert Thompson’s work.  It is believed that St Mary’s has one of the largest collections of church furniture handmade by this craftsman.  The shortened pews in the centre of the church indicate the former position of a pot-bellied stove.  This space is now useful for prams and wheelchairs.  Note the holy water stoup to the left of the main door.  The ceiling with its six painted panels depicting the Coats of Arms of various monarchs.

On leaving the church see the yew trees which were planted for the Millennium, one having been grown locally and the other taken from the Colealtham Yew in Sussex, which is estimated to be over 4000 years old.  On the south wall note the carvings on one of the stones to the right of the window.  On the gable end over the main aisle there is evidence of an earlier, higher roof.  A stone coffin is at the foot of the tower.  On the north side, the small window to the left of the boiler house door was once the north doorway, known as the devil’s doorway.  Marks on the lower buttress of the tower are benchmarks and there is also a Dun Drainage flood plain mark of 1850.  High on the tower wall is a small stone shield, bearing a cross.  It is said to be of the Knights Templar, the violent and valiant band of warrior monks who guarded pilgrims on their way to the Holy Land.  They were very rich and built and/or restored a number of churches, of which St Mary’s was possibly one.  Note the chevron just below it. The four pinnacles on top of the tower came from St Oswald’s, Kirk Sandall.  Note the pinnacles and scroll work on the main gate pillars.

The snowdrops in the churchyard were planted by Mr Green, verger, in 1957.  This led in 1971 to the introduction of the annual Snowdrop Festival held in February each year. Since then we have welcomed tens of thousands of visitors.