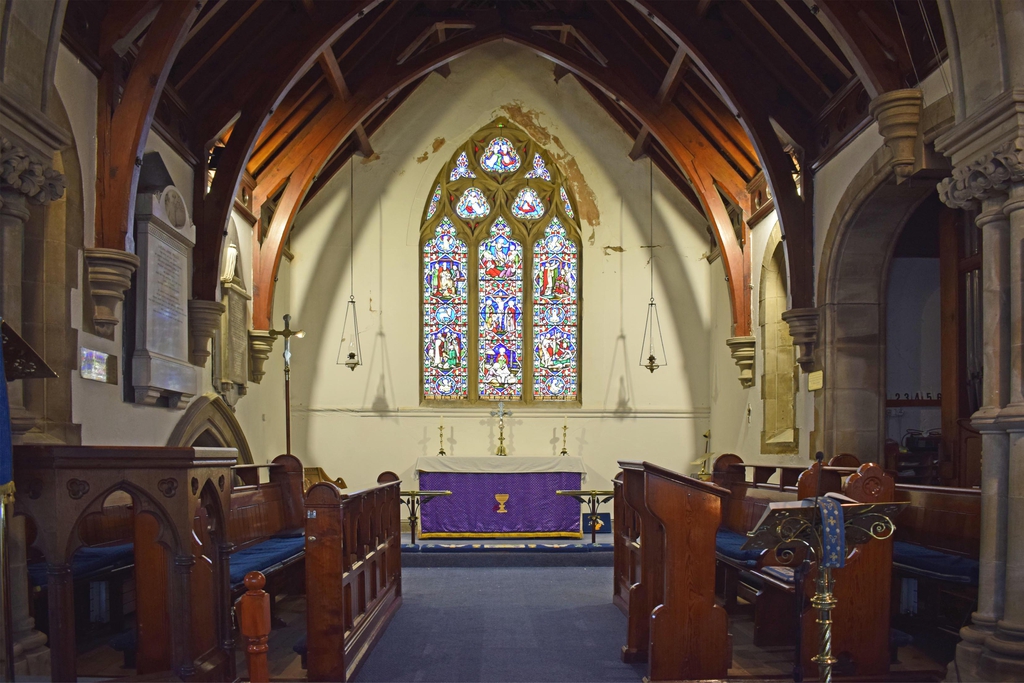 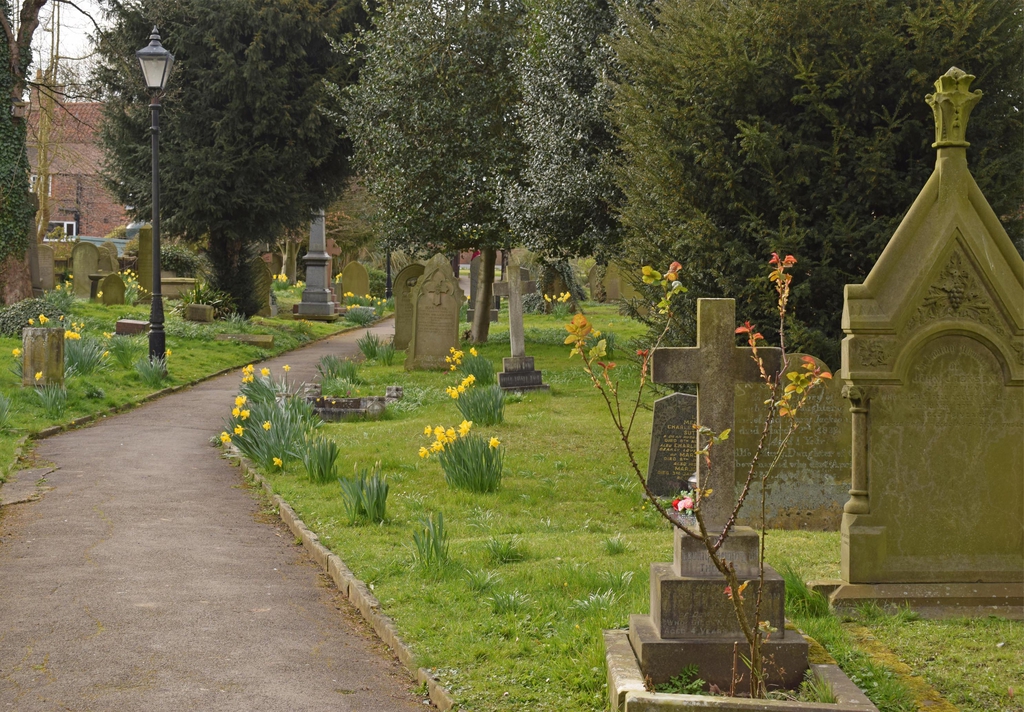 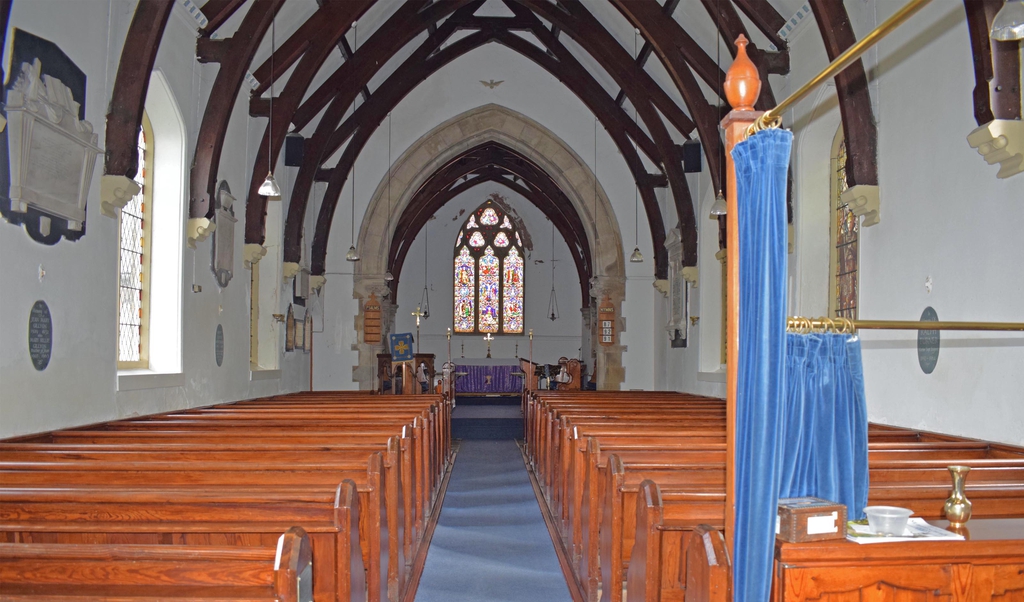 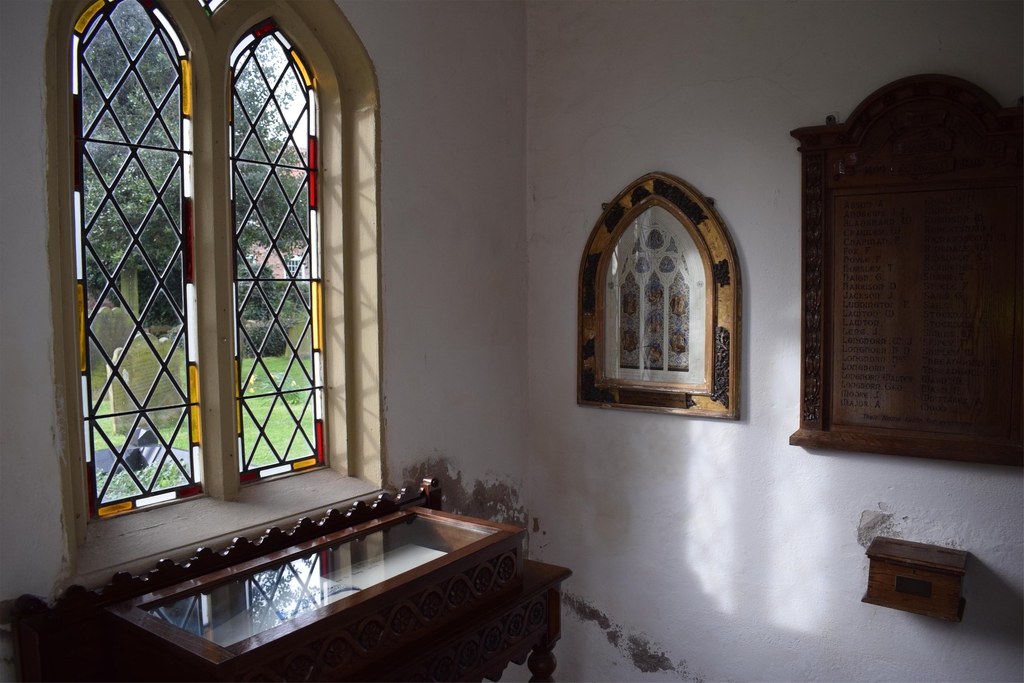 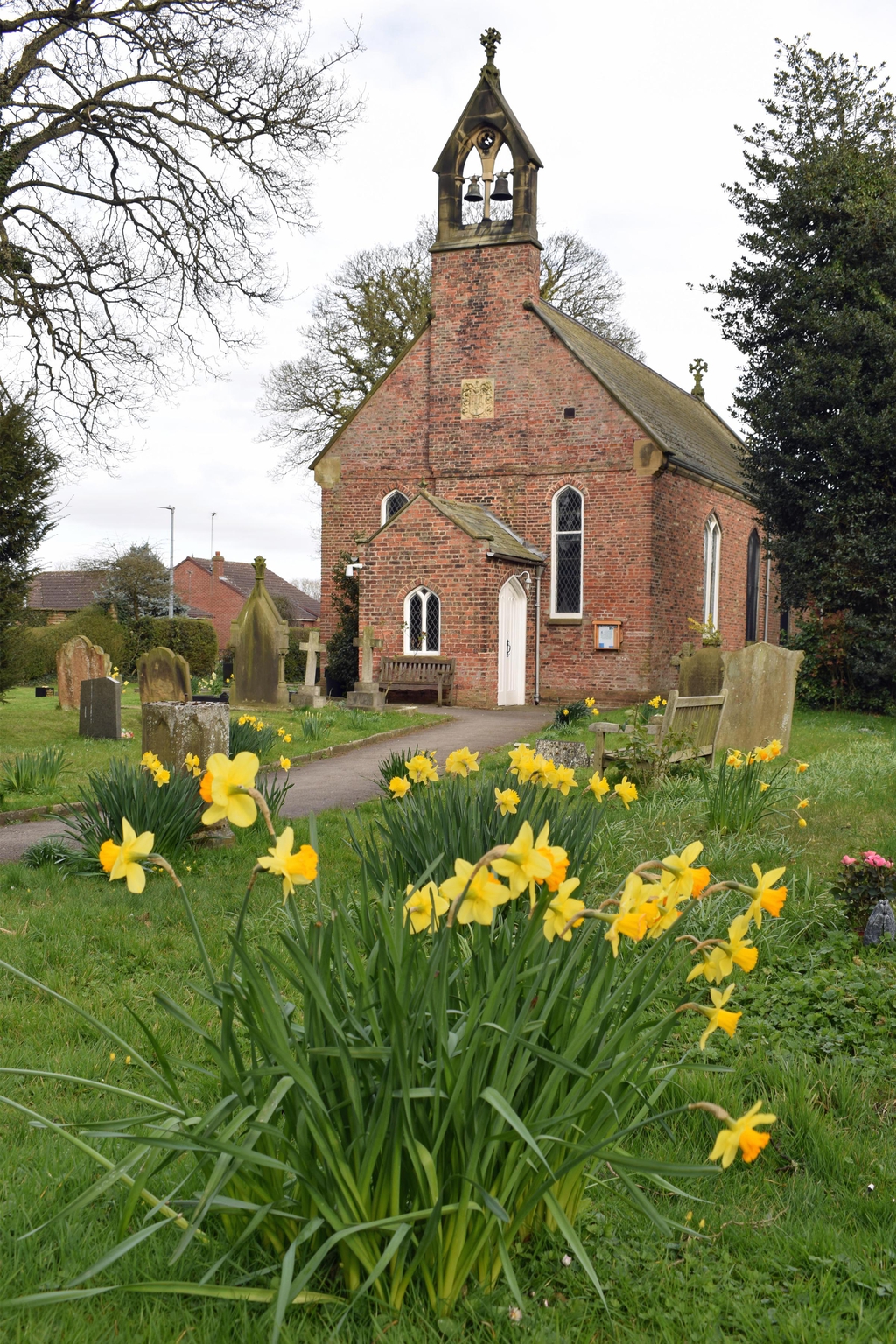 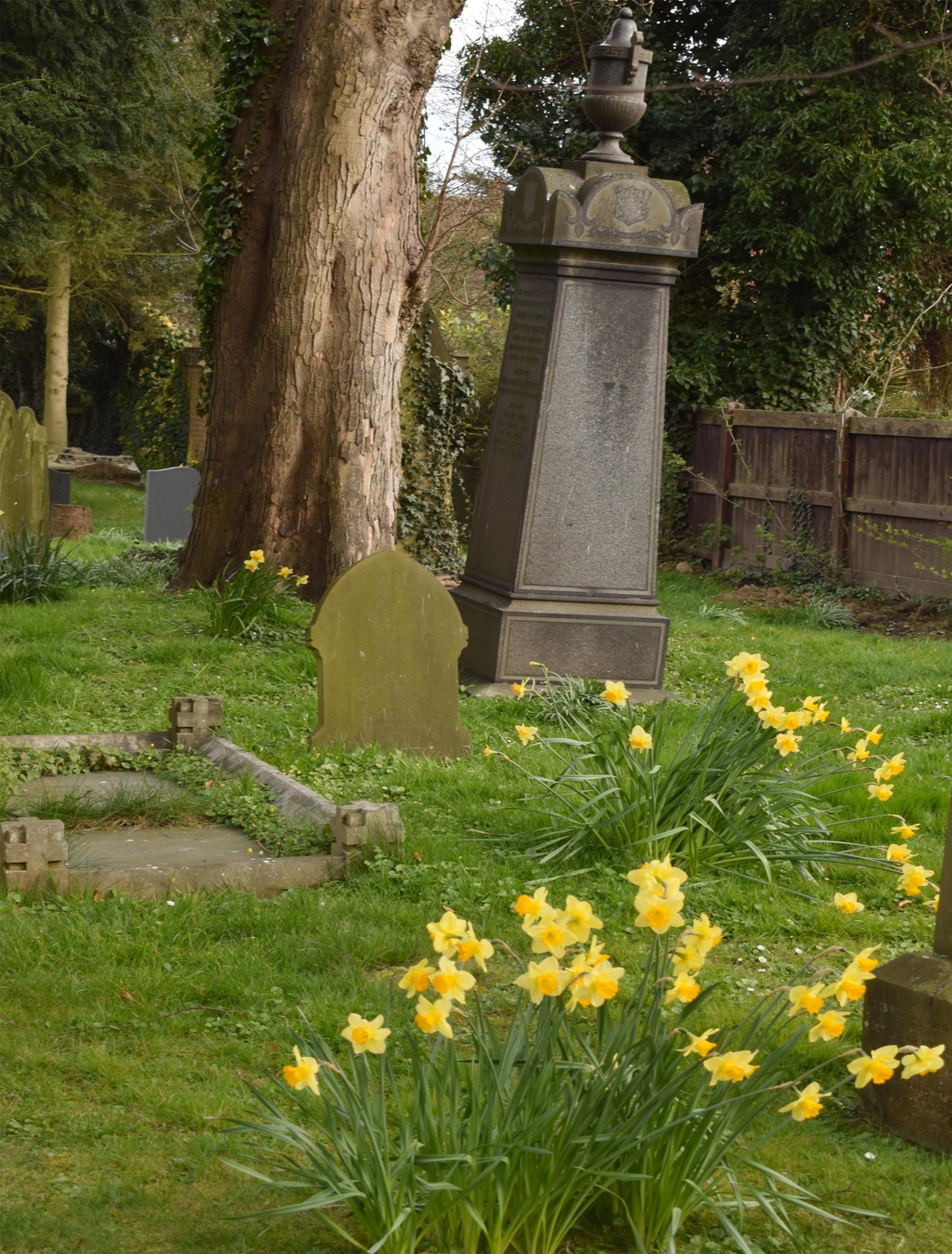 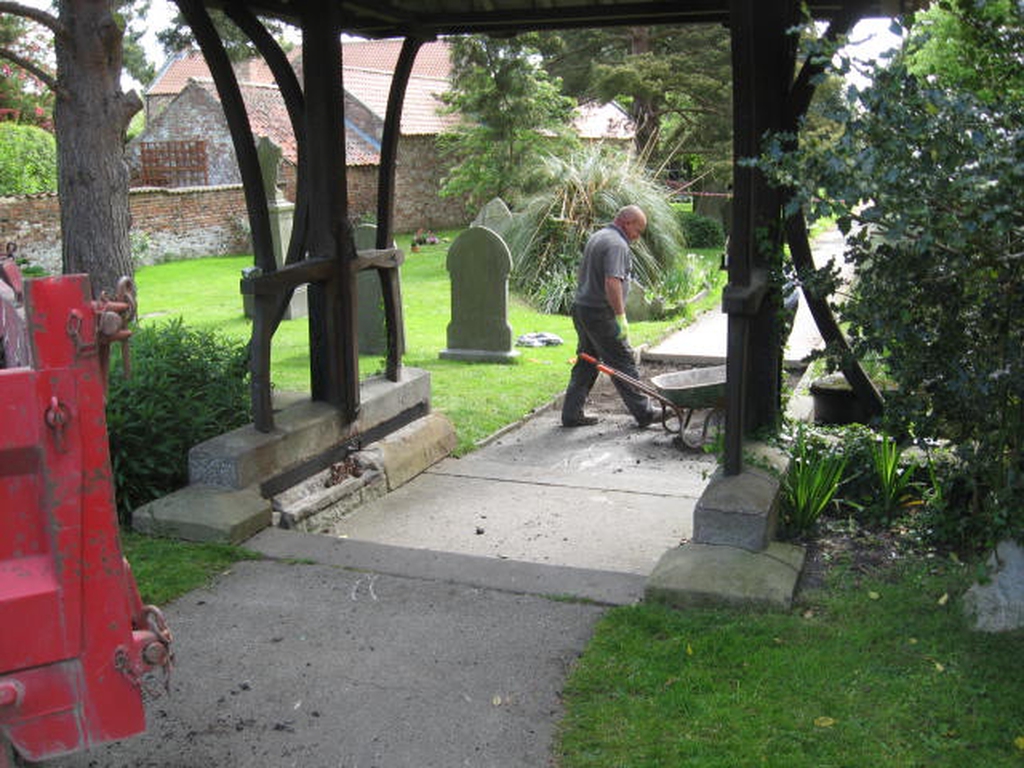 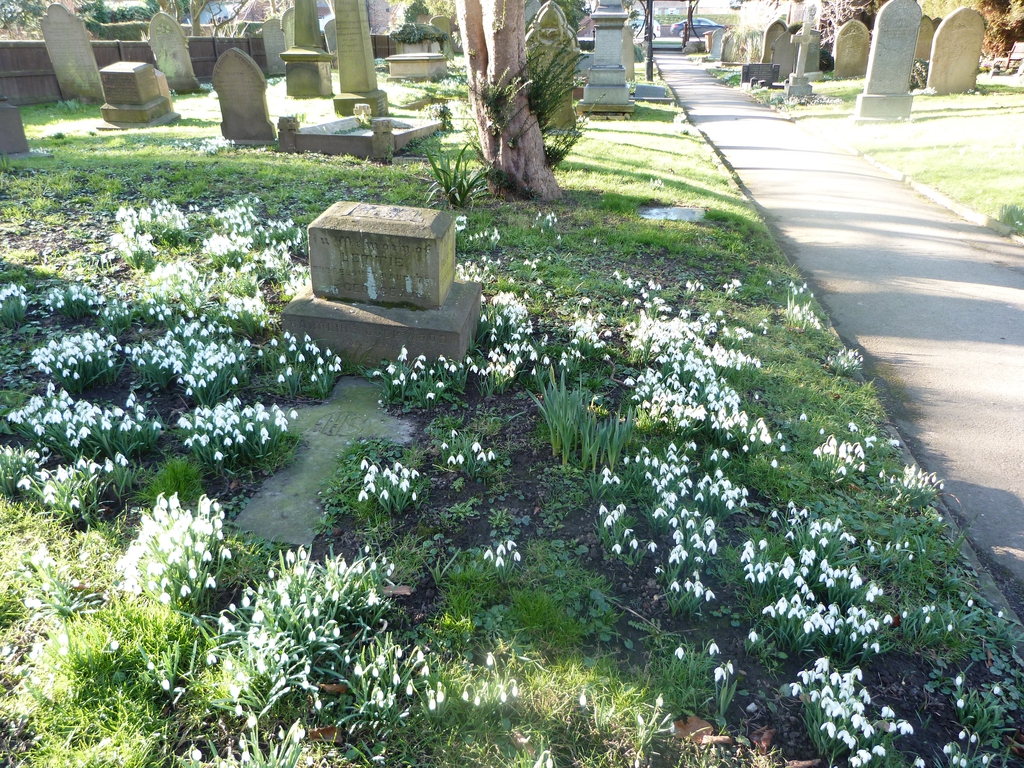 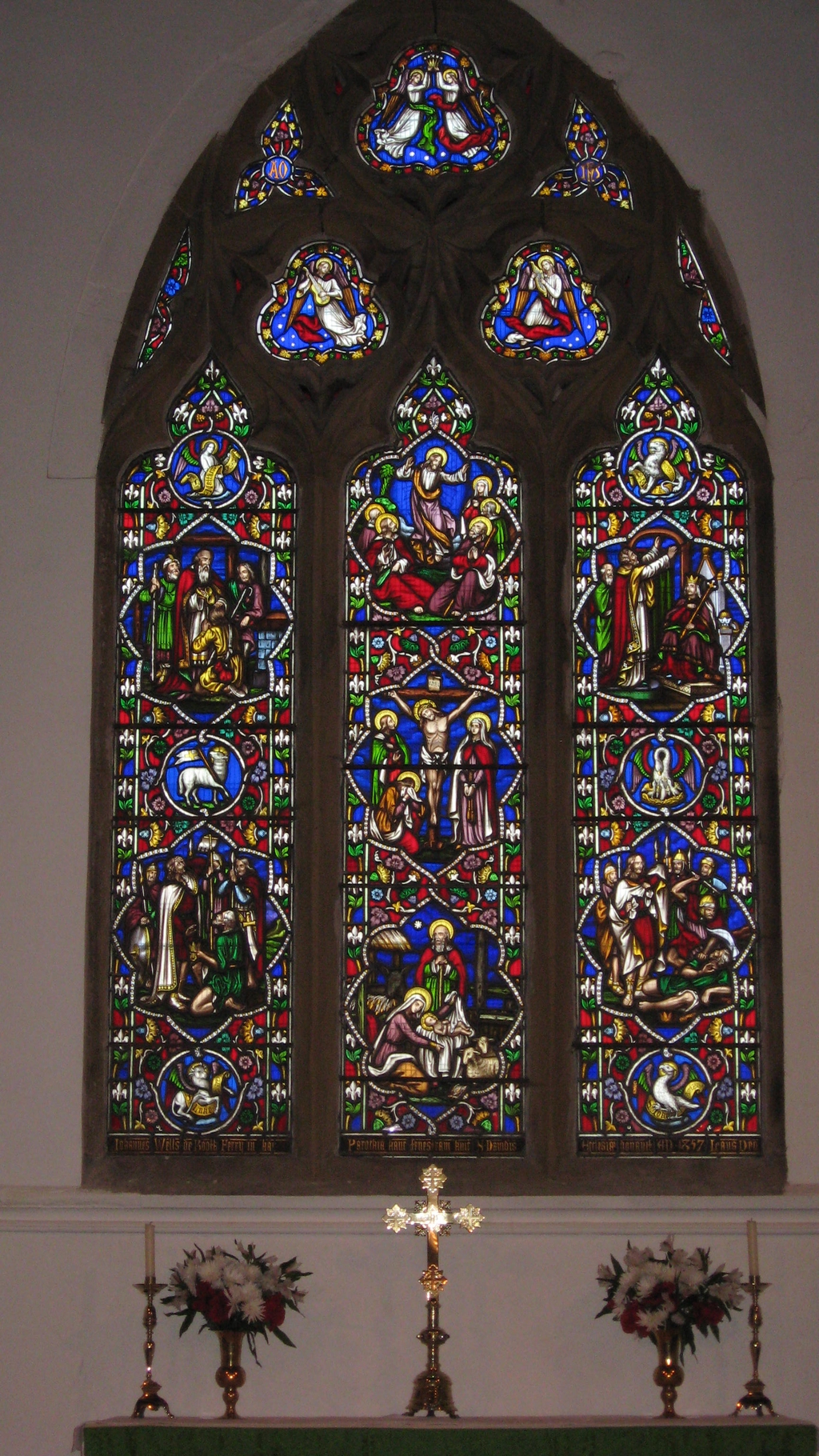 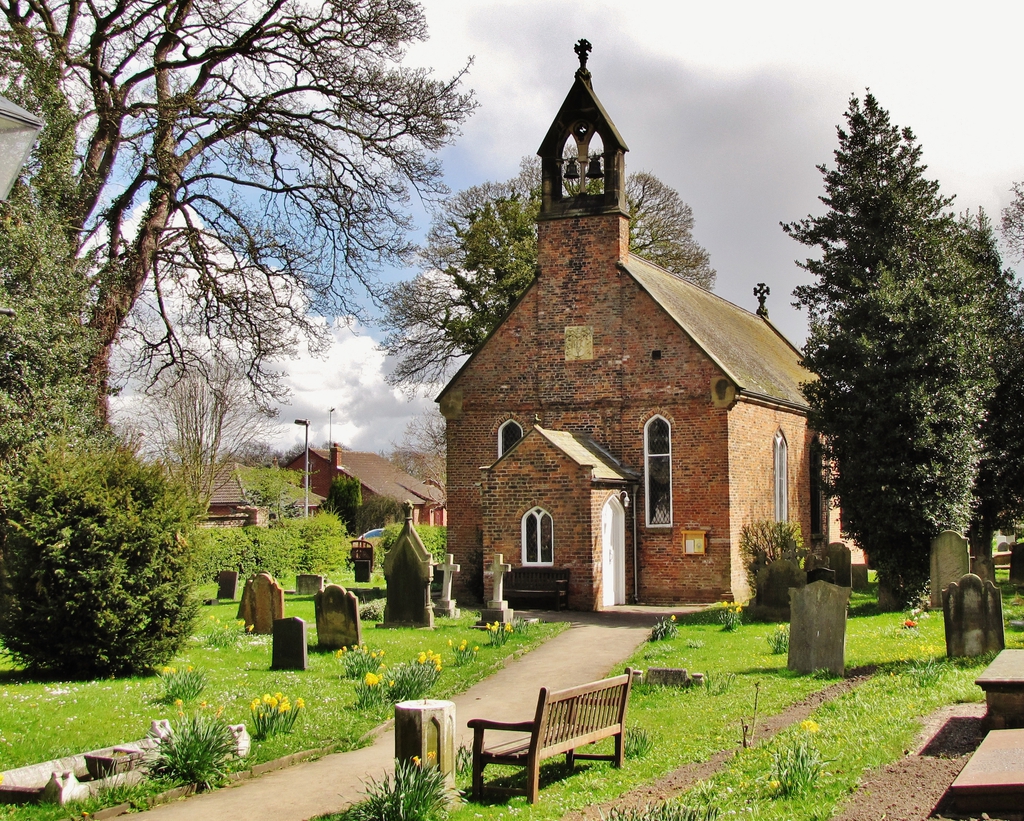 Airmyn's church - past and present

The present-day church at Airmyn is not the only one that the village has ever had. The first church was built here in 1311 but it had a most inauspicious beginning because the villagers had built it for themselves without asking anyone’s permission. The Archbishop of York, Archbishop Greenfield, declared himself “astounded” at what they had done “in contempt of us and the mother church of Snaith in whose parish they live” and he banned them from conducting services of divine worship in their chapel “on pain of ecclesiastical exclusion”.

There had, of course, been very strong reasons why the Airmyn residents in 1311 were anxious to have a church of their own. Until then, they had been obliged to travel to Snaith and back, almost invariably on foot, every Sunday in order to attend a church service. The most direct overland route between the two places was said in those days to be just four miles, although this seems slightly incredible nowadays when the journey by car is more than seven miles. Furthermore, in medieval times, the route often became impassable. It was said that “in wynter and wete seasons, ther can no man passe betwixt”. At such times, the only other way to get from Airmyn to Snaith would have been a seven-mile journey along the river Aire but, quite apart from needing access to a boat, you would also have needed the tide to have been flowing in the right direction at the right time and this could not always have been the case. Nevertheless, a strong tradition has been handed down from one generation to the next in Airmyn that our ancestors did indeed travel to Snaith church by river on occasions. Funeral parties in particular would convey corpses by this means for burial at Snaith because Airmyn did not win the right to bury its dead within its own parish until 1726, (which is when baptism, marriage and burial registers were first started here,) although a churchyard at Hook had also become available for Airmyn and Goole’s use from as early as 1493.

It was not just the physical difficulty of getting to Snaith that led Airmyn people to take the law into their own hands in 1311. They were also experiencing enormous mental anguish because they believed that in order to gain access to heaven, and to avoid the alternative of everlasting torment in Hell, it was essential to have a priest near at hand to whom they could confess their sins shortly before they died. Death never seemed to be very far away in those days and might so easily have come suddenly to absolutely anyone as a result of violence, accident, disease or starvation rather than old age. It was little wonder, therefore, that on October 11th, 1318, “upon the clamorous insinuation made to the Archbishop of York (now Archbishop Meltham rather than Greenfield) that many of the parishioners of Snaith in the town of Armin were dying without confession and their infants without baptism”, the Archbishop wrote to the Abbot of Selby and asked him to dedicate the Chapel of Armin, so “that the Chaplain in that town might serve the parishioners there, that they might less frequently repair to their parish church at Snaith to hear divine service.”

This first church served Airmyn in a very constrained way for the next three and a half centuries - no marriages or burials, although it did have a font - until, in 1674, it was described as being “quite out of repaire” and the decision seems to have been taken to demolish it and replace it with the church that we have nowadays. There are no surviving plans or drawings of the old building but we know that it had a troublesome, straw-thatched roof, at least two bells, and seating that was “not uniform”. It must have often been fairly poverty-stricken. In 1601, for example, after the Archbishop’s Visitation, his representative had even been obliged to order the Chapel Wardens to provide a Bible and some Common Prayer books.

There is just one other interesting and significant fact that we know about Airmyn’s first church. Just like our present-day establishment, it was dedicated to St. David of Wales. We have yet to discover why and when and by whom this choice of patron saint was made for Airmyn’s church but what we do know is that it is the only church in the Diocese of Sheffield to be dedicated to St. David, just as, prior to 1914, when Airmyn was in the Diocese of York, it was again the only parish in that enormous Diocese to have St. David as its patron.

Our present-day church has a sandstone coat of arms embedded high in the external brickwork at its west end with the date 1676 incised into it. The arms are those of Anthony Smithson, who was Lord of the Manor of Airmyn at the time, and the strong inference must be that it was he who took it upon himself to provide his tenants with a new church when the earlier one was adjudged to be beyond repair. The church that was built then consisted only of what is today the nave. Even the entrance porch was not added until 1858 and, prior to that, access was gained through a door on the south side which is now bricked up. The nave was also provided with a replacement roof, the present one, in 1858.

The chancel extension, which merges so effortlessly with the earlier part of the church, was added in 1884 and was paid for by Mrs. Eliza Augusta Wells in memory of her husband, John Wells of Boothferry, who, until his death in 1874, had managed the 4,000 acre Airmyn Estate on behalf of its owners; first, George Percy, Earl of Beverley, until 1865, and thereafter, Algernon Heber-Percy of Hodnet Hall. Apart from having this major responsibility, John Wells was a noted agriculturist in his own right, a J.P., a ship-owner and, like the rest of his family, a great benefactor to Airmyn church. He had paid for the beautiful east window when it was first fitted into the church in 1858. When the chancel extension was built and the original east wall was largely demolished, this window was carefully removed and refitted into the new east end of the building. The Canadian pitch pine pews that we still have today were also provided in 1884, replacing a number of box pews. All the extension work in that year was overseen by the Hon. Alexander Frederick Hood of Airmyn Hall, who had taken over as Estate Manager in succession to Mr.Wells 10 years earlier. His family were also great supporters of Airmyn church and there are numerous memorials both to them and to various members of the Wells family displayed on the walls.

The organ was added in 1887, to commemorate the Golden Jubilee of Queen Victoria and it is still regarded as a decent instrument even after all this time. William Leslie Sumner, who was to become the absolute world authority on the subject of church organs, was born in Airmyn in April, 1904, and his first encounter with one may well have been here in his village church. Among the local country churches, Airmyn especially was noted for its choirs and for the high quality of their music over many years. Music remains very important in Airmyn church services and some of the present-day choir members, accompanied by other villagers, still maintain a tradition pioneered by their predecessors of long ago by touring the entire village in the week before Christmas and singing carols at every house. Within the church itself, the recent provision of a state-of-the-art audio system has enabled us to broaden the range of music on offer and has undoubtedly added an extra dimension to our services and served to enhance our enjoyment of them.

Airmyn’s churchyard is very carefully looked after throughout the year by a team of enthusiastic volunteers. Their aim is to make it an asset to the village, a pleasant place for both the villagers and visitors to enjoy. It was entered into a national “Best-kept Churchyard” competition run by the Ecclesiastical Insurance Organisation in 2002 and finished in the top 25. Two years later, the competition was held again and this time Airmyn came third out of more than 400 entries and the certificate which it earned on that occasion is on permanent display inside the church. For more than a century, Airmyn’s churchyard has been renowned for its wonderful display of snowdrops in February and these continue to be cherished. For the past three years, a “Snowdrop Festival” has been held in celebration of them. Every effort is also made to provide suitable habitats for nesting birds, small mammals and beneficial insects within the churchyard and a new programme of shrub and flower planting has been started in January, 2014, to develop this still further. A “Quiet Area” for prayer and restful reflection has also been specially set up for visitors. Burials in the churchyard can still take place because some land traditionally reserved exclusively for the Wells family has just been made available for anyone from the village, thanks to the generosity and understanding of their descendants, who moved away many years ago but who were recently traced and contacted by the PCC. Without this very recent contribution, our churchyard would have been declared full and Airmyn people would have had to be buried in some other parish, although there is also an area set aside in the churchyard for the deposition of ashes.

The smaller of our two bells dates from between 1375 and 1390, and is one of only three still surviving in England that were made by Thomas Dekon of York. It is 17 inches in diameter and it is inscribed “Campana Beate Maria” (Bell of the Blessed Mary). More details about our bells can be found in our very recently produced church brochure which is now on sale at £4 per copy.

The Grave of the Rev. Christopher Dodgson: This is to be found immediately under the east window of the church. The Rev. Dodgson was the Perpetual Curate of Airmyn from 1726 until his death in 1750. His additional claim to fame is that he was the great-great grandfather of Charles Lutwidge Dodgson, better known as Lewis Carroll (1832-1898), the author of “Alice in Wonderland” and “Through the Looking-Glass.”

The much-admired lych-gate at the entrance to the churchyard was provided in 1897 at a cost of just £21 to commemorate the Diamond Jubilee of Queen Victoria. The Latin inscription which it displays, “Mors Janua Vitae” means “Death is the gateway to life”.

The two coach-houses which stand on either side of the lych-gate were built in 1848 specifically to house the carriage and horses which had brought members of the Wells family from Boothferry to attend a church service. Plans are presently being pursued to convert the left-hand coach-house into a multi-purpose “parish room”, an occasional leisure facility which will represent the Church reaching out to the whole Airmyn community by providing it with a small focal point on the High Street where individuals or small groups may meet to socialise in a relaxing way for a short while and find an added interest in their daily or weekly routines. It is intended to use it as a café on a couple of days each week and as a shop for the sale of surplus garden produce or any second-hand items that any villagers may have from time to time. It may also have a role to play as a craft-room for pottery, art, woodwork or needle crafts, as a meeting-room for small clubs and as an extension for church activities such as Sunday School or to accommodate a nativity tableau at Christmas.