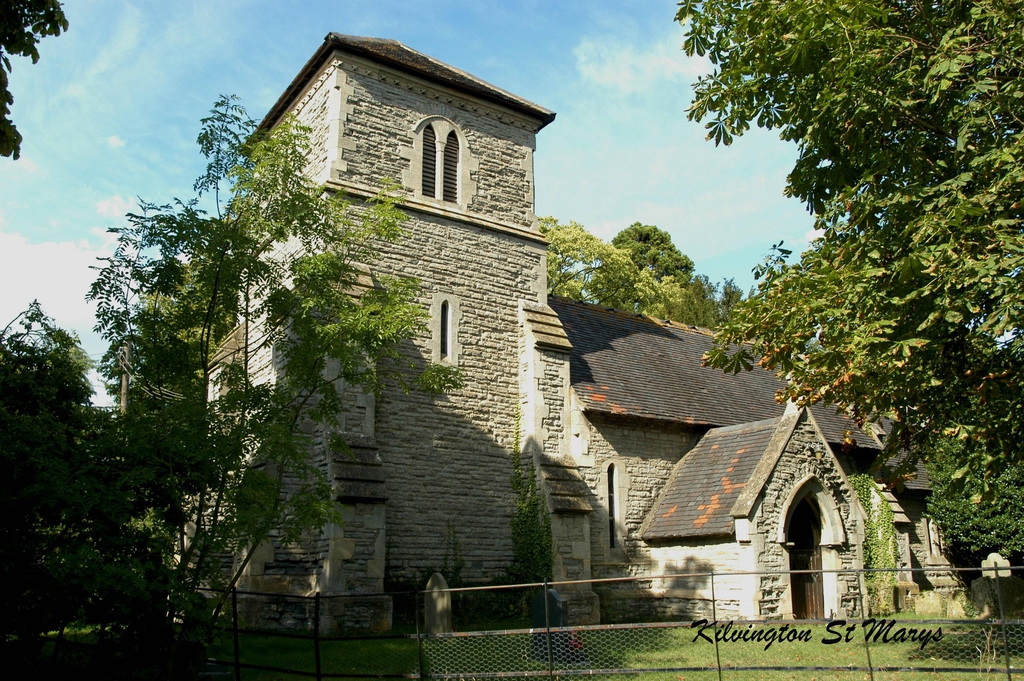 We have a Communion service every month on the second Sunday, at either 8.30am or 10.30am.  Please contact the Churchwarden for confirmation of timings or any other information.

"The tiny church at Kilvington was built in the middle of the 19th century
after the death of the previous rector who, it is said, thought that with
Staunton half a mile away, Kilvington had no need of its own church. The old
building had been allowed to fall into ruin.  For a time it was
used as a sheepfold and was actually offered for sale as building material.
It has some charming wall
decorations and the position enjoys a glorious prospect over the Vale of
Belvoir and into Lincolnshire.         (from Arthur Mee's 'Nottinghamshire')

The church is in a group of seven parishes known as the Octave group.  Services rotate on an approximately monthly basis.

12th Century Cross Slab Grave Cover:  Slab lying in the churchyard, 20 m south of the nave of the rebuilt church, recently discovered when vegetation was cleared. Intact slab (but cracked into two main pieces) with incised design, a round-leaf bracelet cross with a ball at the head of the cross shaft and a two-stepped base. This is very much a standard ‘Nottinghamshire’ design, stylistically of the later 12th century, but occurring in such large numbers that it may have remained in use for longer.