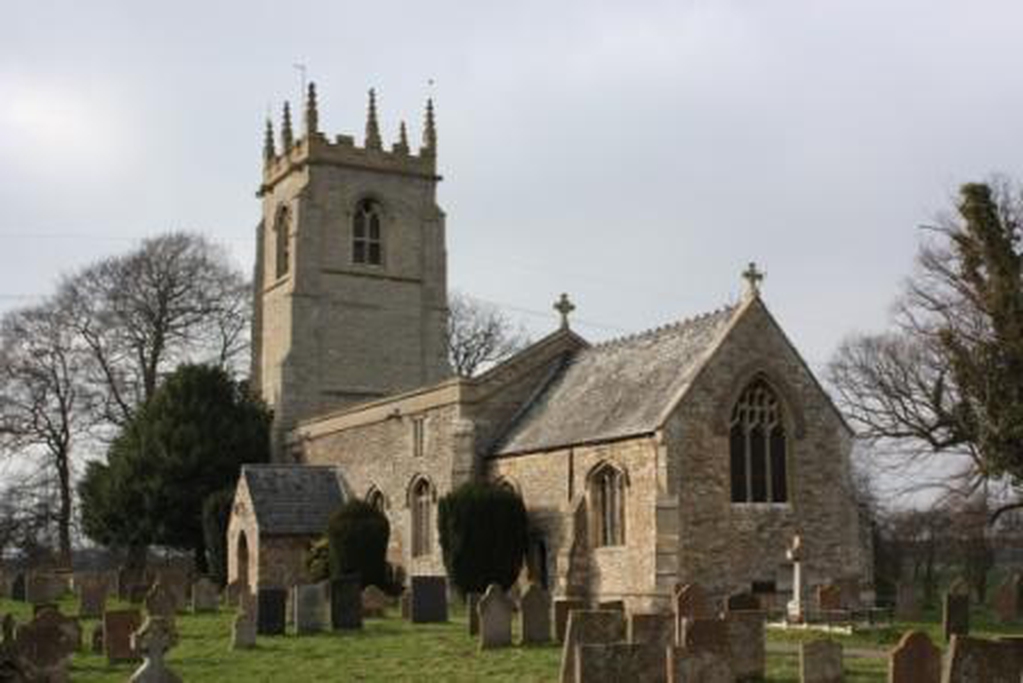 The church dates from the 13th Century, although there are records which suggest that there was an earlier church prior to the Conquest.The church stands on a spur of higher land overlooking the flood plain of the River Trent. It is situated on the west side of Church Lane, which links the two villages of North & South Clifton. Apart from minor alterations in the 15th, 16th and 17th centuries there was little evidence of any major changes until the end of the 19th Century. Significant building work was then undertaken including adding a vestry, a new south porch, the almost complete rebuilding of the chancel and a new roof to the nave. The building is mainly constructed from coursed blue lias rubble with ashlar dressings. The roofs of the nave and north aisle were covered in lead whilst the roofs of the chancel, vestry and south porch are clad with welsh slate. Following a series of roof lead thefts permission was obtained to replace the lead roofs with terne-coated stainless steel, and this was completed in2012. The church was listed by English Heritage as Grade 11* in January 1967. The distinctive entrance to the church grounds is through a lych-gate attached to a dwarf brick wall with wrought iron railings. Round these gates on one side is written ‘I Know That My Redeemer Liveth’ and on the reverse ‘I am the Resurrection and the Life’. These were also listed by English Heritage in October 1984. The church is entered through the south porch door, the only door that is currently operational. On entering the church you walk into the nave. The flooring walk ways are of stone slabs and the seating bays are of deal boards raised above the general floor level. The roof dates from the 19th Century restoration and comprises four bays with oak framed trusses, roof tree, purlins and plate all moulded with oak boarding formed in panels with moulded oak ribs. The seating of red cushioned chairs recently replaced old oak chairs which were in a poor state of repair. There is no record of there being pews, only an anecdotal note of there being family boxes. The pulpit is of Gothic manner and dates from 1867. It is hexagonal in shape and is constructed from oak on a stone base. The font is now placed in front of the War Memorial for the two villages and this covers the old external north door. A 1957 survey placed the font at that time between the nave and tower, there being no partition or doors present. A parishioner since 1951 recollects this came from a church in West Markham. She believes other wood from that source was also utilised as boards for the floor. The tower has a large disused external door and a coloured glass window of the Victorian era above, at the west end. There are three bells in the tower but only one is now deemed safe to ring because of the supporting wood frame’s condition. There are two Charity Boards attached to the south wall and the income from them are still providing for worthy local causes. The North Aisle contains a stained glass window depicting St George. The Chancel is dominated by the east window depicting the last supper. There is an elaborate Reredos in heavily moulded oak and enriched with painted panels, depicting the nativity. As a background to the Altar and Reredos, the wall behind is painted with figures of saints. On the south wall, below the window, there is a 13th Century Piscina bowl standing on a tapered column. It is considered unusual and of interest. A board on the south wall of the nave lists the Rectors and Vicars who have served the parish since 1280. At that time the Patron was the Dean and Chapter of Lincoln. The father of the author Charles Kingsley (Revd Charles Kingsley) was Vicar from 1821 -1832, although we cannot be certain if the adjacent River Trent was the inspiration for ‘The Water Babies’! In 1979 the living became a United Benefice with Harby and Thorney as part of the Diocese of Southwell & Nottingham. With the retirement of the Revd Kenneth Potter in December 2009 the parish became part of the East Trent Group and this was celebrated on Sunday 6th June 2010, when the recently installed Bishop Paul Butler of Southwell and Nottingham welcomed all with an East Trent Inaugural Service and then spent the day within the community. St George’s Church is used regularly for worship and is well supported by the small but committed community. The nearby school has a close relationship with the church and is regularly welcomed and involved with activities. The active Parochial Church Council meets regularly and in January 2010 commenced a major fund raising initiative for essential repairs to the roof and masonry. With the help of a very generous grant offer from English Heritage of approximately £90,000 and a grant from Nottinghamshire Historic Churches, tenders were put out to undertake the work. The balance needed was made up by local fund-raising. The work was completed in the summer of 2012