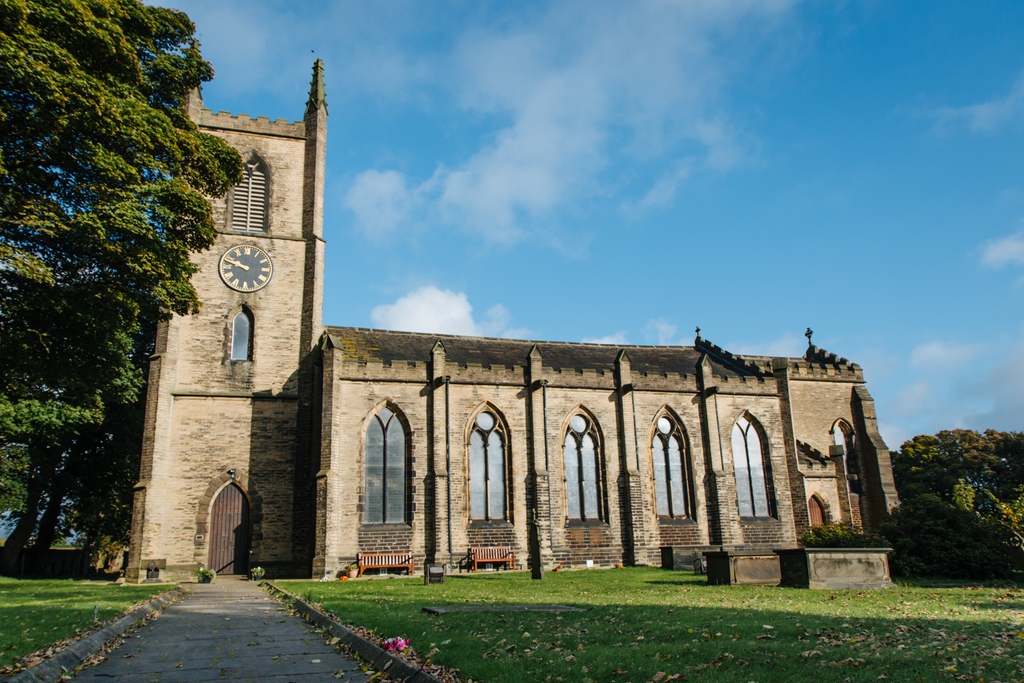 St Anne-in-the-Grove, has a long history which stretches across the divides of the Reformation. Originally situated as part of a house belonging to the lord of the manor, Pope Eugenius IV issued a license in 1440 so the Mass could be offered. Eventually the numbers outgrew the house and so a new church was built on what is now Brookfoot Lane. The current site was used to build a new church in the early 19th century, from where the life and mission of the church to the people of Southowram continues.

We welcomed Fr Nigel Stimpson as Priest in Charge on 23rd November 2021, we now share Fr Nigel with the Parish of St Paul, King Cross, Halifax.


The Parish Mass is sung every Sunday at 9.30am and a mid-week Said Mass is celebrated on Wednesday morning at 10.30am followed by tea/coffee and social gathering. There are a variety of occasional, invitation and outreach services held throughout the year. An occasional Mass for the Shrine of our Lady of Walsingham where a number of pilgrims go each Lent is part of our acts of worship. There are a number of Meditations, Quiet Days, courses for beginners, nurture, and other activities run between the church, the Diocese, and the Mirfield Centre, Community and College. There is a constant ministry to the sick and housebound involving both priest and laity.

Of the activities available for people to take part in there is a choir for both children and adults; a team of servers, readers, and leaders of Intercessions; an active social and fundraising team; a craft group; musical opportunities; local primary school and small business community. There are Uniformed Organisations who meet in the church hall which is also used by the Southowram Over Fifties Association (SOFA).

St Anne`s was restored in 2006 after a four year appeal. It features a beautiful rood cross and icon.