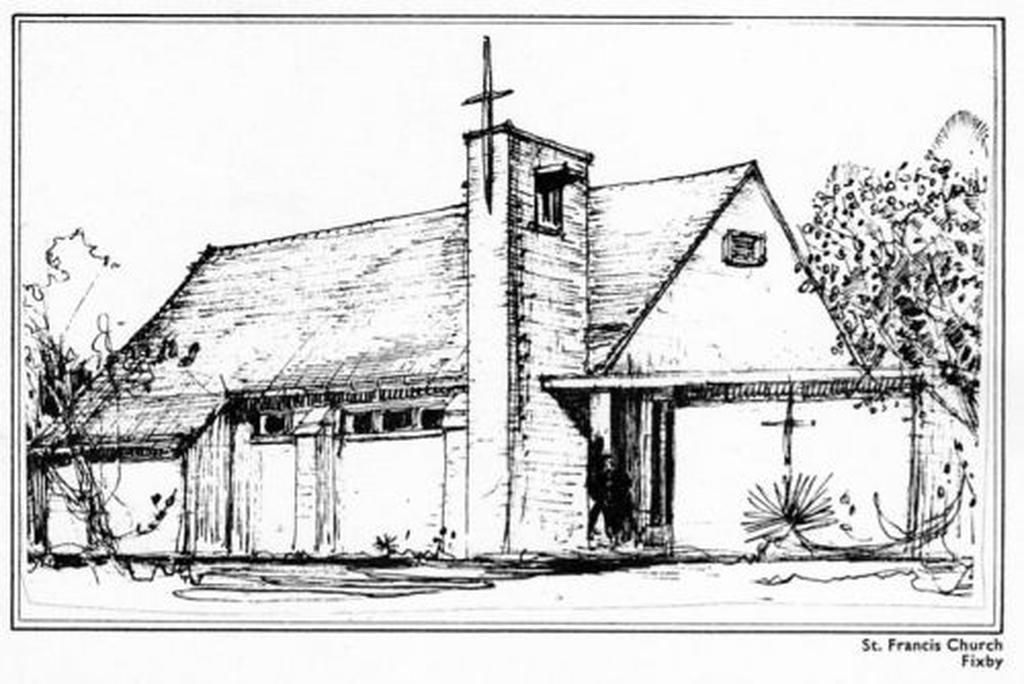 St Francis has been very much at the centre of the Fixby community since 1954 with plans for a church in Fixby starting in 1944  when The Rev.J F Lister  asked some ladies in Fixby to hold monthly house meetings. As well as spiritual discussions plans were made to try and bring the proposed church to the notice of Fixby residents and the first formal meeting was held in December 1950. The Fixby Ladies Fellowship was formed which in effect would be the nucleus of the new church and many of the first Fellowship members and their husbands went on to become founder members of St Francis. In Easter 1951 a Sunday School started in the summerhouse of a garden in Lightridge Road and 25 children attended and with the Bishop's permission Holy Communion was also held twice a month. Following many meetings and fundraising events the church grounds were bought from Huddersfield Corporation for £175 with a committee and trustees being appointed  it became evident that local needs would best be met building a dual purpose church/hall. Plans were drawn for the building to be built and equipped at an estimated cost of £6000 with an extra £2000 coming from a Diocesan grant.The foundation stone was laid by the Lord Bishop of Wakefield on May 27th 1953 and on February 10th 1954 the Bishop returned to dedicate the new church. At the completion of the church there was a considerable debt of £3000 which was cleared by the end of 1959 by many fundraising efforts. Since that time the church has been run and maintained so that today it still holds a weekly Sunday Service and it is a base for 9 different user groups. The basic structure of the church remains the same as when it was built apart from the addition of the boiler house and committee room.

In recent years much work has been carried out both inside and outside building including double glazed windows; tiled roof and loft insulation;UPVC fascia boards drainpipes and gutters;new kitchen units  and double oven; new heating system;entrance flags; refurbishment of the vestry and ladies toilet;perimeter paving and BBQ area and finally refurbishment of the boilerhouse.

The Rev.Helen Hodgson Vicar of St Francis in 2009 commented St Francis is a Church and Community Hall that was built for the community of Fixby, and has long served as a great place for people to gather. The Church family are courageously facing change at present as we are stepping out into a new chapter in the life of the church striving to follow Christ's calling to be a Church for the whole community.

The Church Management Group are at present looking at altering the toilet facilities in order to provide a Disabled Toilet and events are being planned to raise money towards the cost.