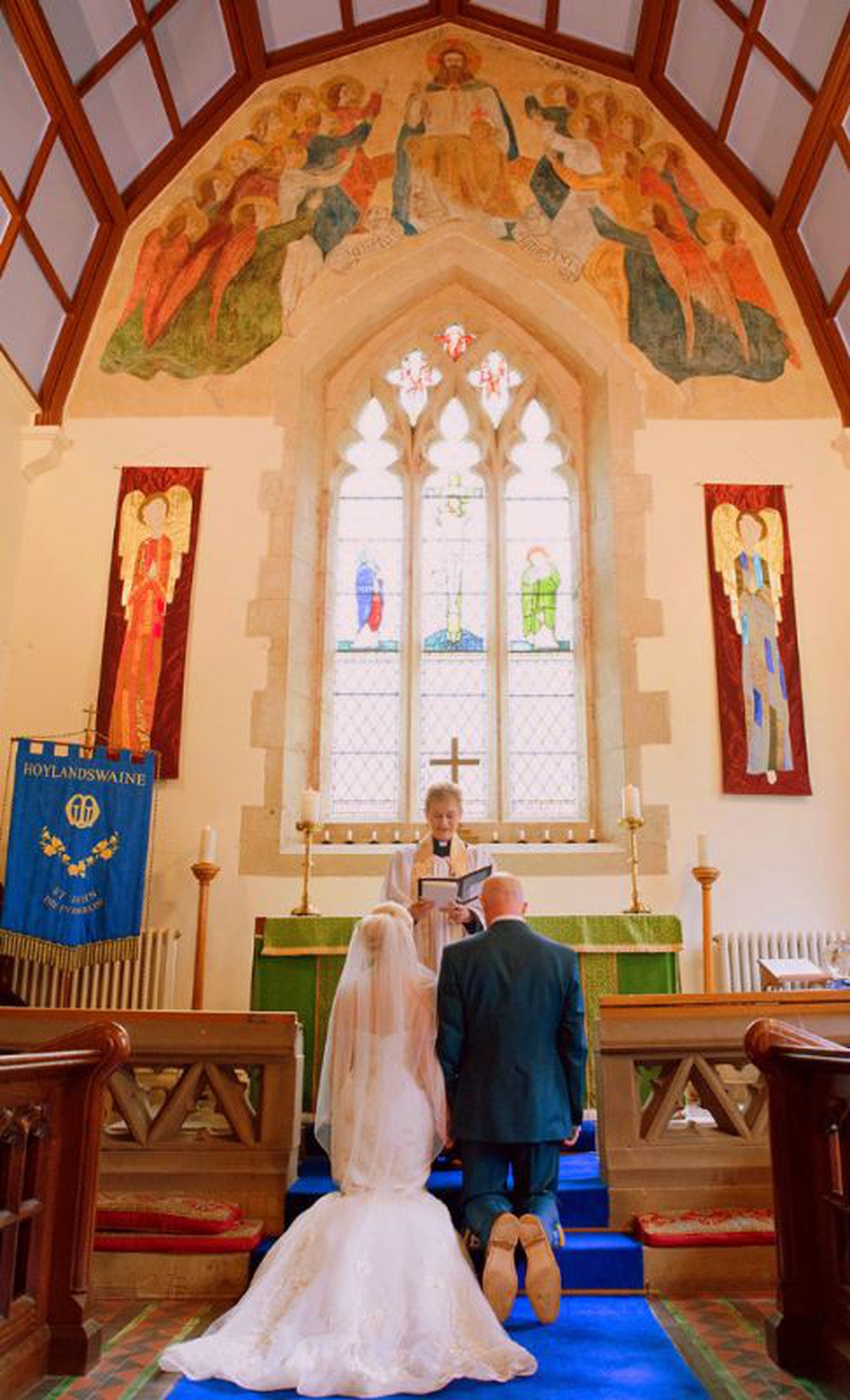 St John the Evangelist is a small, Victorian Church in a small rural village at the foot of the Pennine hills.

Although it is now situated on the edge of an expanding commuter community, St John's is very much at the centre of Village life, and the relationship between the Church and the wider community is very strong. We also work closely with our friends of the Hoylandswaine Methodist Community, who sadly saw their Chapel close in 2014.

The worshipping tradition could be described as 'central', with a modern outlook and an active desire to seek new ways of worship. This is not as frightening as it may sound - and it has taught us to "modernise" our traditional Worship without losing the importance of the central theme - The Eucharist.

St John's offers a warm welcome with a quiet, reflective atmosphere and a mix of modern and traditional Worship. We aim to make your Worship a tuneful, joyous event led by a small, enthusiastic choir with uplifting, thought-provoking sermons!

St John's has a strong musical tradition, led by a small, but enthusiastic Choir, which performs under the guidance of our Choirmaster and Organist, Mr David Matthews, leading the congregation in tuneful Worship.

There are activities for young people, centred around the major Church Festivals, such as Pentecost, Easter & Christmas, led by fully accredited leaders. These are advertised under the banner of "Messy Church" - and sometimes it certainly is - but also interesting and enjoyable and "activity-based" rather than merely "story-telling".

We are always an inclusive Church, with a seating area for wheelchair users, where all can feel comfortable and welcome.

St John's is the focus for much of the cultural life of the surrounding area, with regular concerts and other events taking place here. The local Hoylandswaine Arts Group has, in partnership with the Church, organised a highly successful "Hoylandswaine Festival" in July 2014 - involving the School, the Sports & Social Club & many other social & community Groups. The Church also hosted a very successful Christmas Tree Festival in December 2014 - to widespread critical acclaim! It encouraged many people to view the insid eof the Church for the first time .......  and also buy raffle tickets! Thanks to all who made these events so successful - either by working so hard to get them off the ground or supporting & visiting us.

The Church was consecrated in 1869 and so does not have a long history, but it is a fine example of a small, rural Victorian Church that is Grade II Listed with an almost-unique, painted wall mural around the East Window.

The Church also has a little-known, but very strong connection with the Pre-Raphaelite Art movement. The stained glass East Window was designed by Edward Burne-Jones and manufactured by the William Morris Company. The mural above it - called "The Ascendancy of Christ" was conceived and painted by the well-respected Pre-Raphaelite painter, John Roddam Spencer Stanhope of Cannon Hall, Cawthorne. It was painted over in the early 1960s because of water damage through the roof, but was successfully uncovered and conserved for the future in 2014.