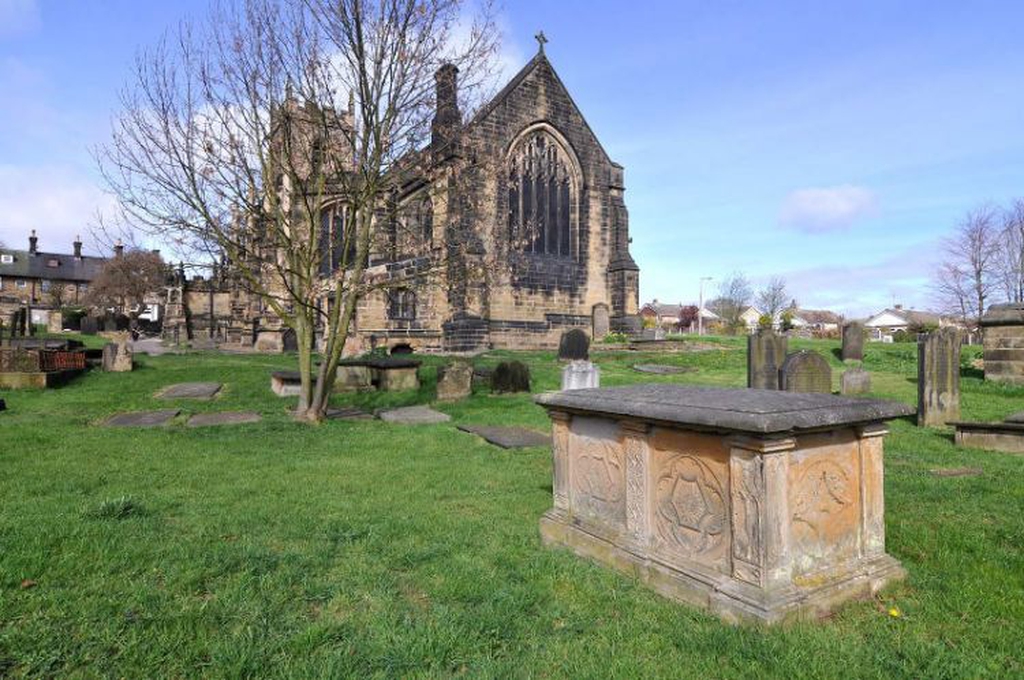 Silkstone, All Saints
Services and events
News and notices
About us
Find us
High Street Silkstone Barnsley
Get in touch
(01226) 492294
Facilities
More information
Edit this church

Our church, the 'Minster of the Moors' since the 12th century, is a beautiful, peaceful, ancient, stately church situated on a knoll within a large and well kept churchyard, and is well worth discovery.

The building is a monastic foundation and has been a Christian place of worship for well over 1000 years. A Saxon Church was in existence prior to the Conquest founded by the Saxon Lord Ailric who owned many of the surrounding villages and townships. His son Swein gave the church to the monks at Pontefract. The current Grade I listed building is 14th century, but has been altered and reshaped over time.

The church has an 80ft tower, which originally stood over the chancel but was moved to the west end in 1495. It holds 6 bells; the oldest is nearly 500 years old and the youngest is nearly 290 years old. Look out for striking flying buttresses, battlemented parapets and pinnacles. There are many original gargoyles still in good condition, and three new sculptured figures. There are also many interesting tombstones, ledger tombs and table tombs.

One the edge of the churchyard is the Huskar Monument erected to commemorate the drowning of 26 children in the Huskar Pit Disaster in 1838.

There is much to see in this wonderful church including an intricately carved 14th century rood screen, green men, Victorian box pews, beautiful stained glass (including the modern Huskar Memorial window), and a wonderful Royal Coat of Arms, carved on both sides with a lion and unicornreverse.

The church is home to some fine memorials, including one of the finest examples of a knight in armour from 1675 - Sir Thomas Wentworth with his Grace his wife. She is set on a higher level than he because after his death she married the Earl of Eglinton and became a countess.