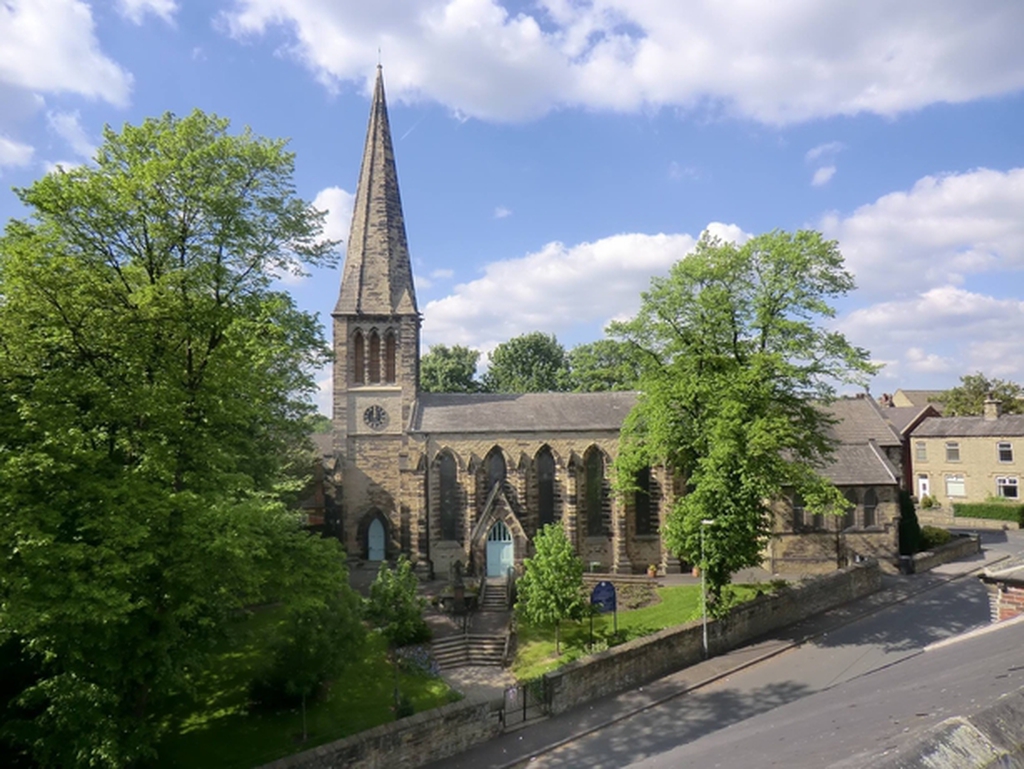 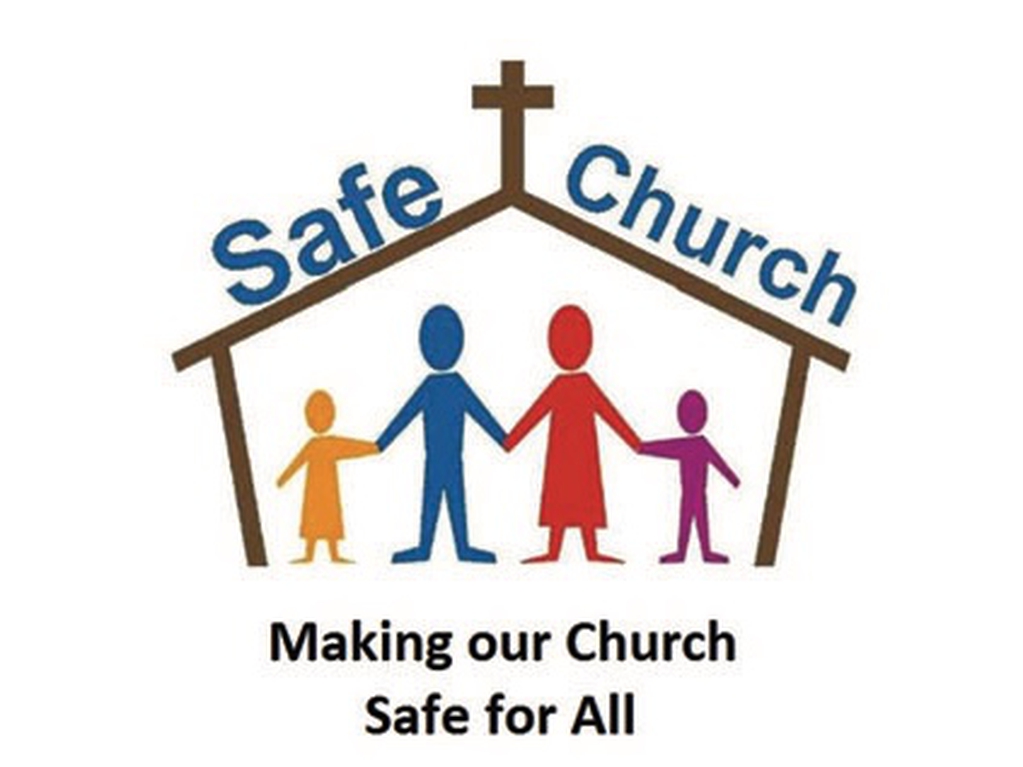 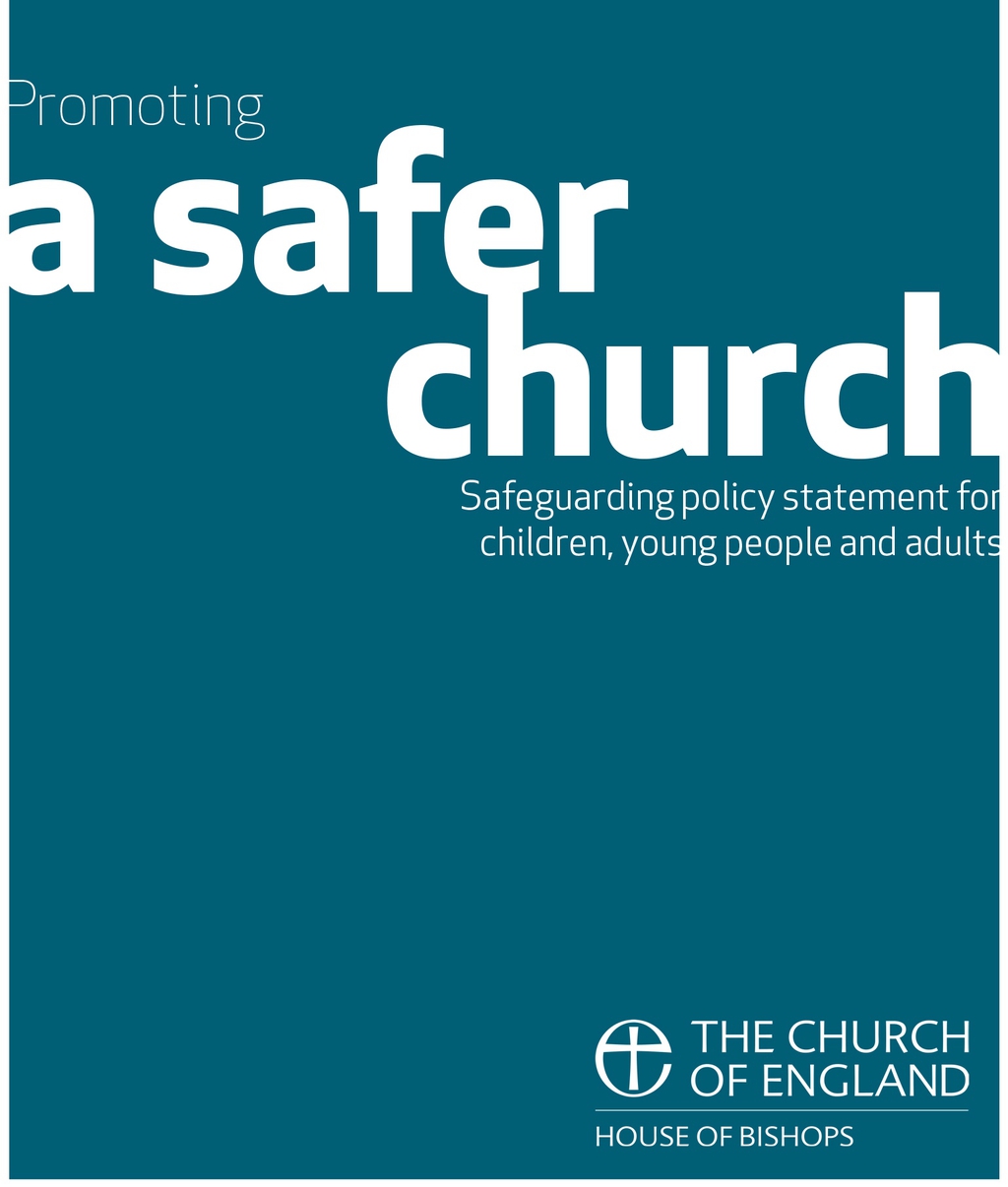 St James Church is a bright, warm, safe and spiritual uplifting building with a happy, friendly, and welcoming congregation. We are here to serve and support the community of Heckmondwike. Everyone is welcome to come to any of our worship or social events regardless of your beliefs and we look forward to meeting you.

Over the past few years the building has been extensively improved and changed. The tower and spire were repaired and some temporary urgent repairs were done to the roof. The old unreliable heating system needed updating and it was decided to install underfloor heating as well as more conventional heating. This necessitated the renewing of the floor and the removal of the wood pews. When this work was finished it left us with a beautifully paved floor and a wide versatile open area. We furnished it with movable chairs and invested in many tables, enabling us to have many different layouts for our social and worship occasions. At the same time an up-to-date audio and visual system was installed enabling the church to be used for even more varied functions. New lighting was also installed at this time both for main church lighting and for decorative and mood lighting mainly in the chancel area creating a peaceful and uplifting ambience.

Historic England undertook a survey of the building and concluded that the tower and spire were now in good condition and the timbers of the roof had been repaired but the nave/nave extension roof was in a very poor state of repair with slates missing or slipped and this was allowing an ingress of water damaging plaster and paintworks. After approaching the Heritage lottery fund it was eventually decided to replace the whole roof and replace the worn out slates with new slates.

The new roof was completed and all re-plastering and redecorating done just in time for our busy Christmas Programme 2017.

None of the above could have been achieved without the financial assistance of HERITAGE LOTTERY FUND, under the Grants for Places of Worship Scheme and grants from YORKSHIRE HISTORIC CHURCHES TRUST, ALL CHURCHES TRUST, and the fundraising of our hardworking team.

Our aim in all the above work was to restore the heritage of the building to enable more people to experience, enjoy and engage with this wonderful preserved building: it is a part of the heritage of all the people of Heckmondwike and as a saved building will be so in the future.

The earliest record of organized church life in the township is to be found in a deed of the 3rd February 1334 confirming a grant of lands in Deneby, Whitley and the Parish of Birstall Made by John Tilley, Lord of the Manors of Gomersal and Heckmondwike, to John del Hill of Heckmondwike, Chaplain, for a daily service in the Church of Birstall.

The "del Hill" family was a local one, the name appearing in the same style among the attesting witnesses to other documents.

The duties of John Hill would be many and varied. In addition to those of his office as Chaplain he would have to see to it that the needy of his flock had some relief and help in time of trouble, and his would be the task of collecting contributions for such aid. He and the Churchwarden and the Constable for the time would have to take notice of moral and social lapses and to arrange to put matters right. And to the children of the district he would have to give such rudiments of schooling as would be accepted. For which work it is recorded he was entitled to receive seventy-five shillings by the year out of the rent accruing from the granted lands. The rents in Heckmondwike, thirteen pence yearly, were from a dwelling in the present Crabtrees Farm neighbourhood.

An interesting glimpse of local life six centuries back

With roots more remote in the past is the fieldname Almscroft, a patch of the communal land in the Westfield area, which in earlier times when money, as is now used, was almost unknown and payments had to be made in kind or in services, this plot was cultivated by the villagers for the benefit of the Church, the Church being that of the old Parish of Birstall. For it was to this Church that the whole community of the district had to look for social and religious help and guidance, and from this Church for many centuries such help was given. Children were taken there for baptism, men and women were married there and many have there been taken for their long rest.

But in the half-wild conditions of the roads a hundred years ago it would be difficult to attend in any regular way the services at Birstall, and with the rapid increase of population which began at the beginning of the nineteenth century, the need for local Churches became more and more urgent. At this period the Church-going folk of Heckmondwike set themselves to build a Church in their own town. A site was secured in 1828 and with local funds supplemented by a grant from the Church Building Commissioners out of the National Thanksgiving Fund for the close of the Bonapartic Wars; the building was completed in 1831. The foundation stone being laid on the 3rd March 1830 and the Church consecrated on the 24th September 1831.

The years that followed were full of activity. In 1833 a Day and Sunday School to accommodate 100 girls and 100 boys was built in High Street. An organ was installed, still in service in another district, which provoked in its early days much local discussion as to the propriety of such aids to worship.

The Old Parsonage - no small accomplishment - was built and the Clock was placed in the Tower. In connection with the latter the following extract from the, Town's minute book of 1849 will be of interest :

Resolved That as the public Clock at the Church had been put there for the benefit of the Ratepayers any expense attending upon it should be charged to and paid out of the Highway Rate for the time being.

Resolved That Mr Wm Greaves of Leeds be engaged to attend to the Clock.

Following these achievements, efforts were directed to the provision of more adequate premises for Day and Sunday Schools, the need was great, the population of the township grew rapidly numbering 2793 in 1831, it reached 6339 in 1861, becoming 2000 more in 1871. A site for the school was given, local contributions and the proceeds of a bazaar provided the funds and the buildings fronting on Horton Street were opened in 1868. The additional portion fronting on Church Street was built and brought into use in 1909.

Among the changes and alterations of the Church fabric that of 1878 added new vestries, and organ chamber on the North Side; the North Porch was fitted up as a Baptistery, the font being removed from the axis of the Nave and a new and larger Organ took the place of the instrument of 1837.

The work of 1906 brought the building as it is now seen, the present Chancel, South Chapel and Clergy Vestry being additions, a new font was placed in the Baptistery, the Organ was rebuilt and Electric Lighting installed. Gas had been in use from the early "forties", previous to that artificial light had been candles; for most Sundays in the year services were held in the mornings and the early afternoons only.

The memorial gifts to the Church are many and generous, the more notable being the colored windows, all of good design and execution, the beautiful reredoses and the fine carved woodwork, screens, paneling and furniture in the chancel and chapel. A further modern stain glass memorial window has been installed on the south side of the nave and a wood panelled war memorial installed on the west end of the nave. Various artefacts have also been brought from other closed churched in the parish. For Example the present reredos was brought from the closed St Saviours Church, and the Nave alter was brought from the closed ALL Souls Church.