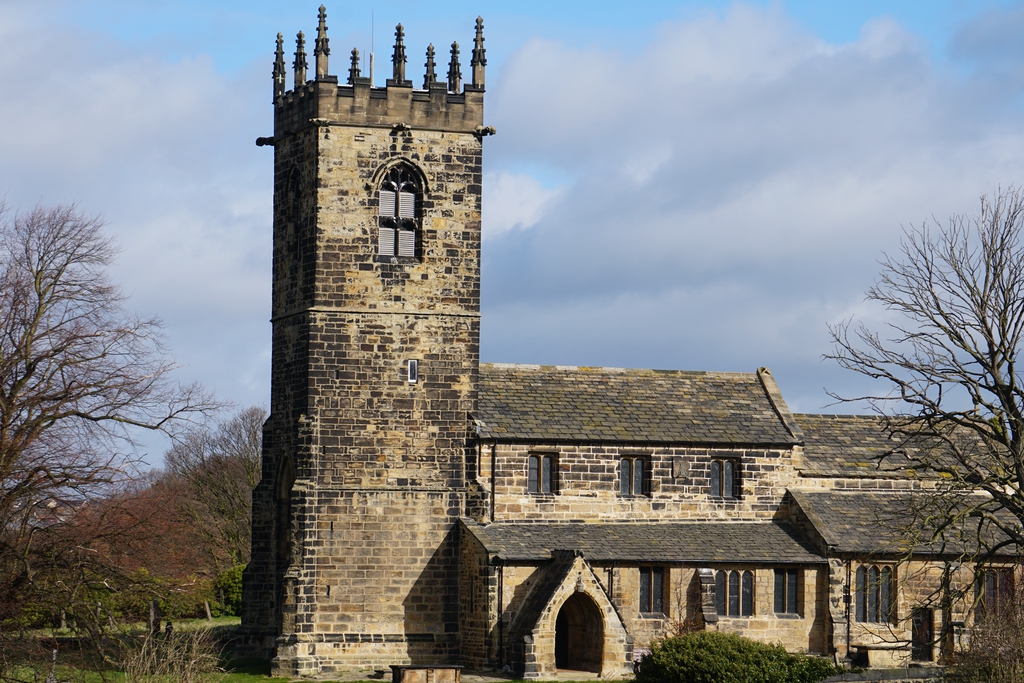 Felkirk’s recorded history begins in 1120 when Swein, son of Ailric granted the ‘Church at Hoderode’ into the control of the monks at Nostell Priory. There is considered to have been a site of Christian worship on this land above the steam since Anglo Saxon times and throughout the Danelaw era. There is no actual village of Felkirk, in medieval time the Church was in the parish of Hoderode but the village became uninhabited by the middle ages and now only Hodroyd Hall commemorates it’s existence. The name Felkirk is clouded in mystery, but most historians consider it comes from Old Danish fjol kirsche meaning plank church.

This is evidenced by a considerable amount of Anglo Saxon stonework in the west and south western parts of the building. The font is believed to be from this period also. The local area became Christian in the 7th Century when Edwin, be defeated the local Celtic kingdom of Elmet. Edwin who was baptised in York and venerated as a saint. Elmet was then later absorbed into the kingdon of Northumbria, a Christian kingdom in the 8th Century, after Edwin’s death. It is believed that a Church was established at Felkirk in this period.

The Vikings captured York in the late 9th Century, but had converted to Christianity in the early 11th Century. The incomers introduced many words into use and influenced Yorkshire dialect words.Including the old Norse for Church way, which is Kirch Gata or Kirkgate, the road leading from Felkirk to South Hiendley.

The Church was extended, raised and underwent numerous configurations internally. Essentially the exterior walls and have not changed since around 1600 though internally there have been numerous changes to the layout with he last major change being made in 1875.