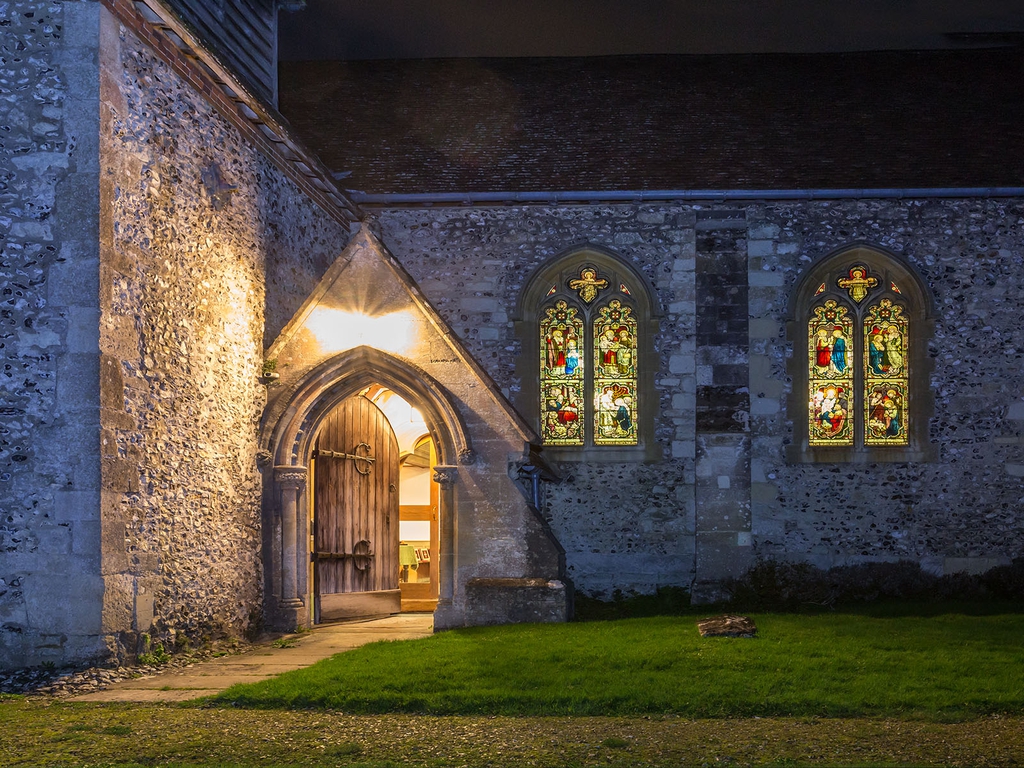 The church has been standing for over 1000 years and, dedicated to St Swithun Bishop of Winchester, it was on the pilgrims' route from Cantebury to his shrine in Winchester Cathedral. The river runs by on all four sides.

Above the door of the vestry is the 11th century Rood, Carved in stone on what was originally the outer west wall above a Saxon doorway, the Rood was savagely mutilated during the Reformation and Christ's face was gouged out.

St Swithun's has three bells, the oldest of which was cast in 1380 and is still chiming today.

We hold a Sunday Service every week, twice a month at 8am and the other weeks at 10am.