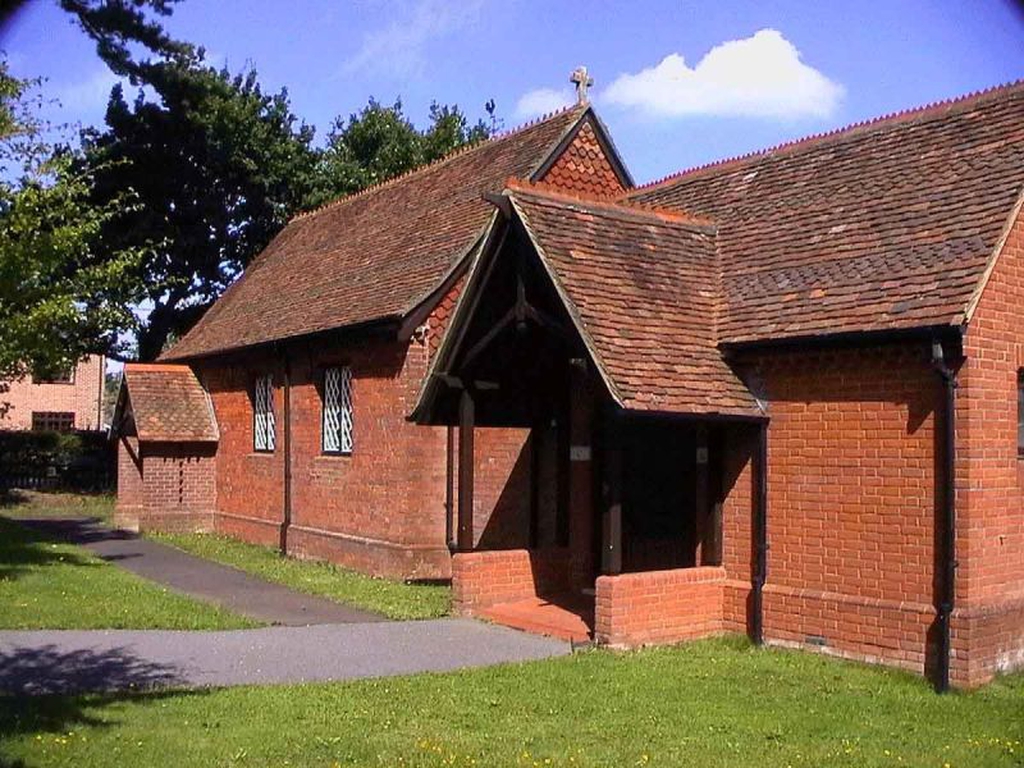 St Anne
Services and events
News and notices
About us
Find us
Calmore Road, Calmore Totton Southampton
Get in touch
Facilities
More information
Edit this Church

The following information is an extract from the latter part of the book called A HISTORY OF ST ANNE'S CHURCH by Penny Rose, published in 2001 price £2.00.  This is available in the church

The Totton Team Parish was established in 1978 by a Pastoral Scheme which united the congregations of St. Mary’s Church, Eling, St. Matthew’s Church, Netley Marsh and St. Winfrid’s Church, Testwood to form a single new Parish of Totton.  At this time St. Anne’s was still a daughter Church of St. Matthew’s and therefore was taken into the new Parish as a junior member of the Team.  At the same time the base for the Team Rector moved from Eling to Testwood.It was very disappointing that at their very first meeting in April 1979 the Team Council had to seriously consider the continuing existence of St. Anne’s.  As a result of a survey of the roof the whole building had been condemned as unsafe and had to be closed immediately.  The expected cost of replacing the roof was in the region of £5,000, at that time a massive sum for a small congregation to attempt to raise.  The easy way out would have been for the building to be closed and sold, but still any money received would have had to go to Church Schools and could not be used towards an alternative site for worship in Calmore.  In addition, the recent housing development meant that the price of land in Calmore had risen to new heights and there was no way in which St. Anne’s congregation could even think about buying a larger plot to build a completely new Church.  It would have meant the end of Anglican worship in Calmore. The congregation felt great affection for their little Church and were keen to keep it open.  After considerable discussion the new Team Council agreed to support the congregation of St. Anne’s to try to regularise the legal  ownership of the building and to replace the roof. In view of the support of the Team Council, the Diocesan Finance Committee negotiated the purchase of the site and buildings from the Diocesan Education Committee but with the proviso that St. Anne’s congregation would themselves raise the money to repair the roof.  The Vicar (by this time the Revd. George Biggs) and congregation worked extremely hard with a great deal of support from people who lived in the village.  The cost of the roof was raised and the work completed within two years of the survey’s condemnation.  Whilst the Church was closed Services were held in the Day Room at Stocklands Home for the Frail, one of several community buildings on the new housing estate. During the 1970s with the massive housing development, education came back to Calmore, with an Infant School opening in 1972 and a Junior School on the same site opening in 1974.  About this time St. Anne’s Sunday School flourished so that it outgrew the Church building and for a few years it was held in the Hall of the Middle (ex Junior) School.  After the new Community Centre opened in December 1979 the Sunday School transferred there.  During 1982 the members of the Sunday School started to attend a Service in the Church on the  first Sunday of each month and this soon evolved into an All Age Service.  On other Sundays the Sunday School meets in the Church Room during the 9.30am Communion Service.