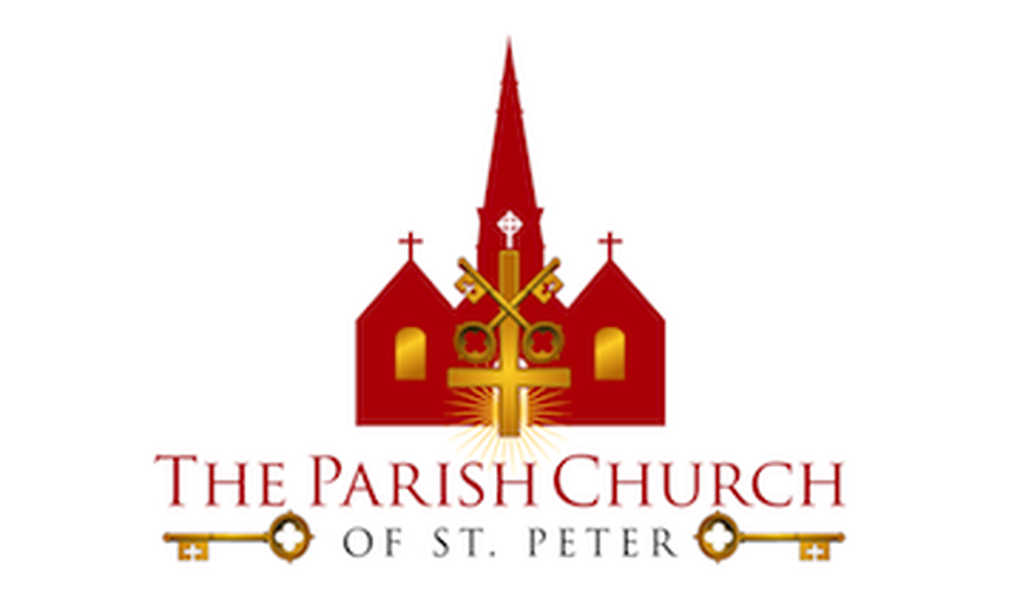 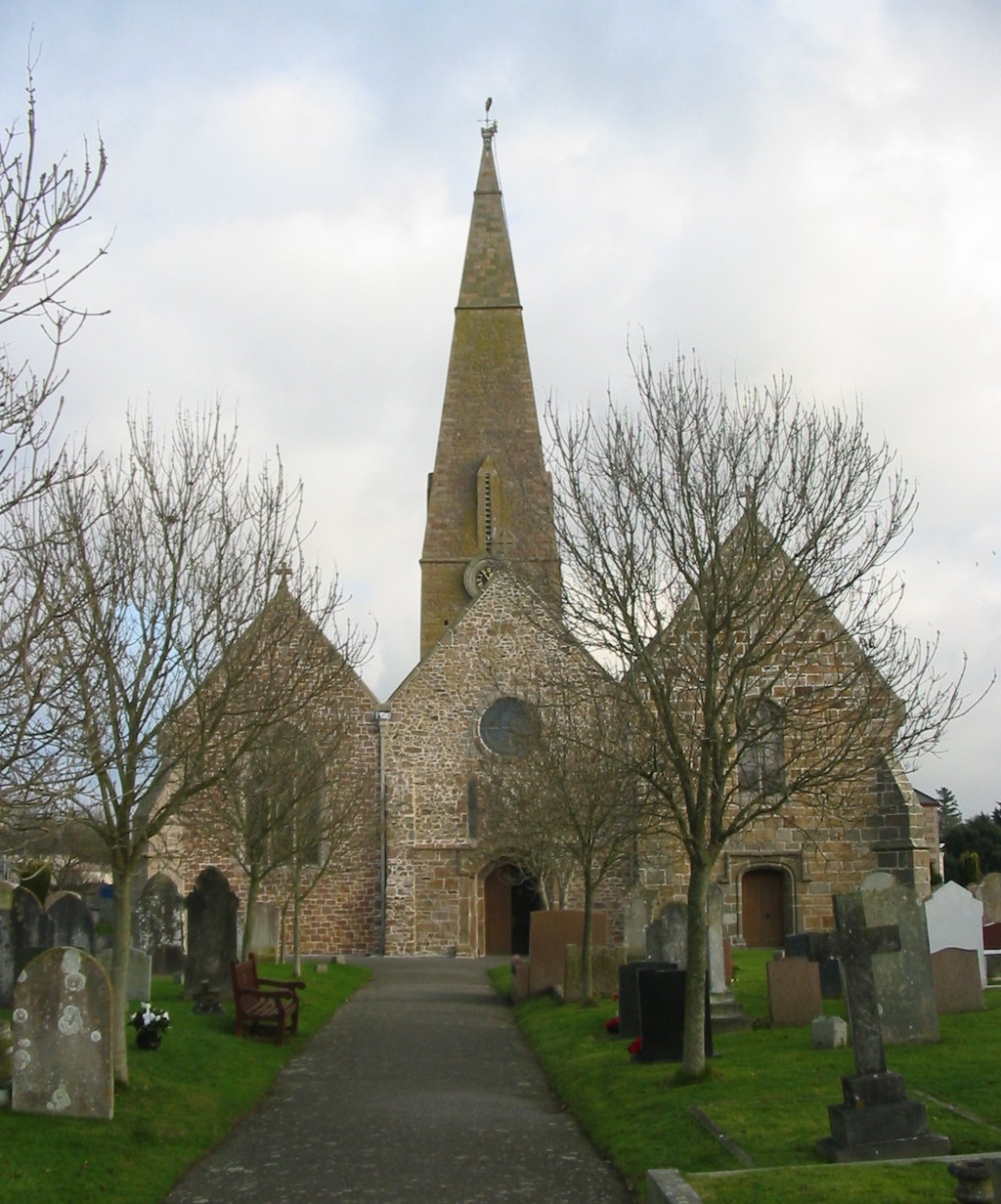 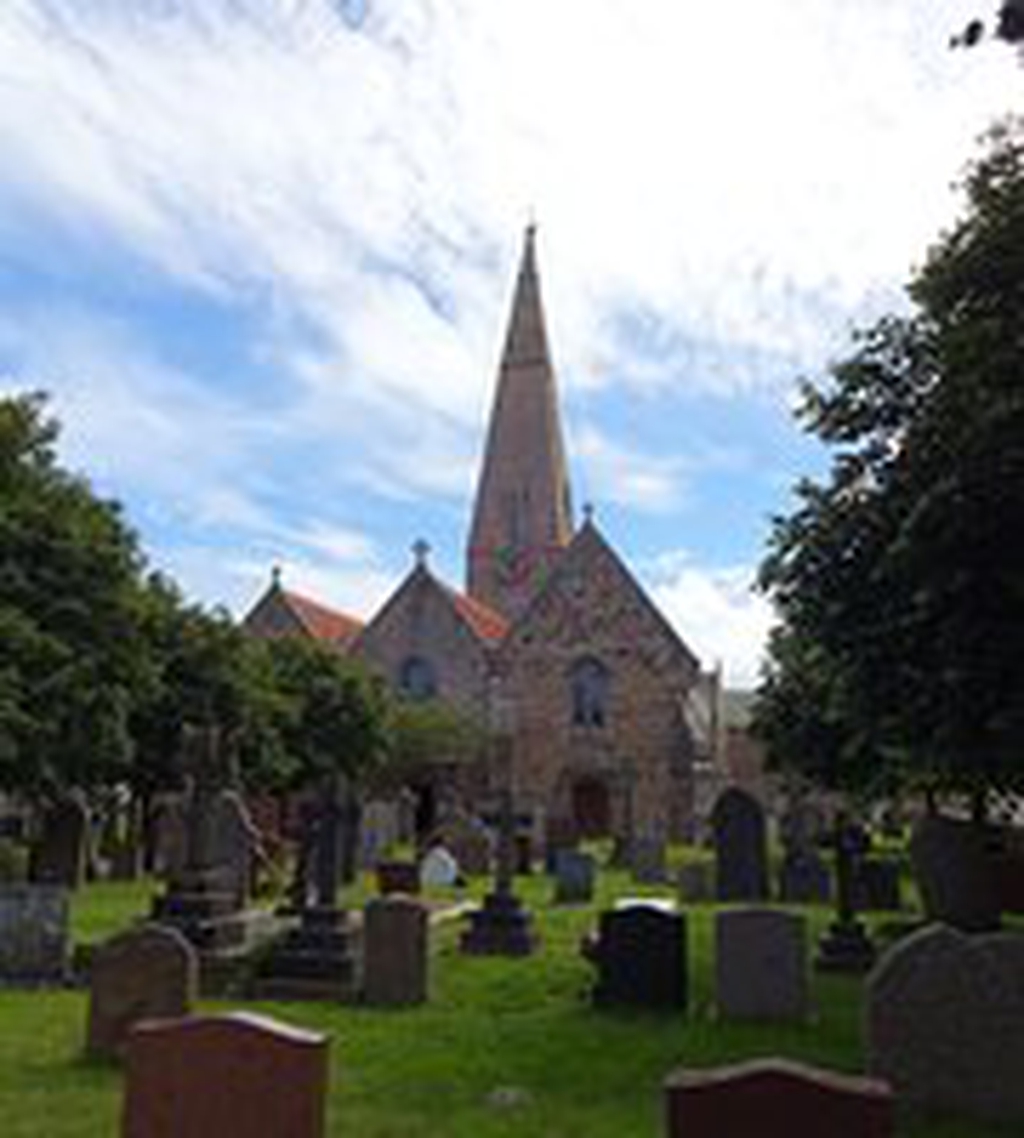 A church has stood on this site for well over a thousand years. By the year 1053 this building was the parish church, paying tithes to the Abbey of St. Sauveur le Vicomte, near Cherbourg. The monks of that abbey served this parish for many centuries. Built on a very exposed site, the church was dedicated, by the monks, to "St. Pierre dans le desert" - the rock in the wilderness

The church consists of a chancel, nave, transepts and two aisles. Over the crossing is a massive square tower with a tapering quadrilateral stone steeple, rising 38 metres (123 feet), the tallest in Jersey.

The original church occupied the exact site of the present sanctuary and choir, measuring 12 x 5.8m (39 x 19 feet), it had north and south door. The lintel stone of the south door may be seen on the exterior wall of the south-east corner of the base of the spire. The original roof would have been of wood. The present arches indicate a later date, when the roof was remade in its present form. The buttresses are flat and narrow, but the supporting walls are 1 - 1.3 m (3 - 4 feet) thick. The present windows in the chancel, including the east window were enlarged in the 15th and 16th centuries.

In our Parish Church we are fortunate to have two bells inside the spire called Elizabeth (1649) and Mary (1754), named after St Elizabeth the mother of St John the Baptist and The Blessed Virgin Mary the mother of Jesus (There is an enchanting phrase on the side of Elizabeth which says in Norman French, “I am Elizabeth the cousin of Mary.” (Luke chapter 1 makes clear the relationship between Elizabeth and Mary) . The bells ring out the message of God’s love, across the whole parish, reminding us all, week by week and day by day, of that love. The ancient and unique custom here in St Peter’s, St Mary’s and St Ouen, the ‘western parishes’, of ringing the bells <em>continuously</em> on Christmas Eve and Day, admittedly originally to celebrate a victory over the French in the fifteenth century, now also <em>happily</em> suits the Church’s role too of ‘ringing out the bells’ to celebrate anew the great festival of Christmas, by proclaiming God’s love to us in Jesus through His birth, death and resurrection. More information on the bells can be found here.

The nave was added to the 'old' church in 1167. The tradition is that the Bishop of Coutances consecrated the church on St. Peter's Day. The transepts were added at the same time, making the church cruciform. A short 'Norman' tower was built, though the spire was not added for some three centuries. The nave is markedly out of line with the chancel. Contrary to some opinion, this has no reference to the drooping head of Christ on the cross, rather an error of orientation!

The West wall is almost as built in the 12th century. The two dissimilar lancet windows are original, but the circular window dates only from 1856.

The transepts now contain the Lady Chapel in the north, and the organ and meeting room in the south.

The next enlargement took place in the 14th century, with the addition of the south aisle, and a chapel to the north of the chancel. The north-east chapel is now used as a sacristy and flower room. Tradition tells us that the south aisle was founded by a blacksmith called Le Brun. It contained an altar and the pricina is still to be seen. A stone fashioned to represent the crucifixion, with figures either side of the cross, made out of blacksmith tools, can be seen on the buttress to the south of the west door. The stone now lies horizontally. This is reputedly Mr. Le Brun's headstone.

A north-west chapel was built in the 14th or 15th centuries, but was demolished in 1886 when the new north side was added. This final enlargement took place to help to accommodate the soldiers, who were part of the Jersey Militia stationed on the island until 1926, and housed at St. Peter's Barracks, which stood near the far end of the present airport runway. At this time the church was designed to seat 600 with pews crammed into every available space! The former colours of the Jersey Militia hang either side of the west door. The central standard is that of the RASC 'Jersey Boys' who were stationed here just prior to the occupation in 1940. The cased former colour of TS Undaunted (now TS Jersey) was presented to the church when the current rector was made their Chaplain.

Behind the high altar, and to the north of the sanctuary, are two rare and interesting pieces of the work of George Tinworth, a Victorian sculptor. The reredos and mural are made in terracotta and were commissioned for this church by the Revd Le Feuvre in 1887 from Royal Doulton. The scenes depict 'The Last Supper' and 'The Calling of Peter'. A list of Rectors in the chancel shows a definite line since the Reformation, with dates of known pre-Reformation priests.

A 'benitier' to the north of the Lady Chapel altar was discovered in the ruins of a house cleared to enlarge the airport in 1951. It is a holy water stoop, or niche for statues, now used for lighting prayer candles. Please feel free to light a candle here if you wish.

The modern statue of St. Peter above the high altar and that of the Blessed Virgin Mary in the Lady Chapel were commissioned locally in 1972.

New windows have been installed in the church. The ones in the nave depict (clockwise from the south aisle): 'A St. Peter's Harvest', 'Jesus friend of little children', 'Jersey Airport', 'The Occupation and Liberation of Jersey' and St. Peter'. In the Lady Chapel - 'Jesus the Good Shepherd'. In the east window - the Nativity, Ascension and Baptism of Jesus; and to the immediate right - The Nativity and The Annunciation.

<strong>A church is a place of worship, not a museum. The life of this church is a long one. We ask you to spend a moment in prayer for the current life of the church in this parish, and for yourselves.</strong>