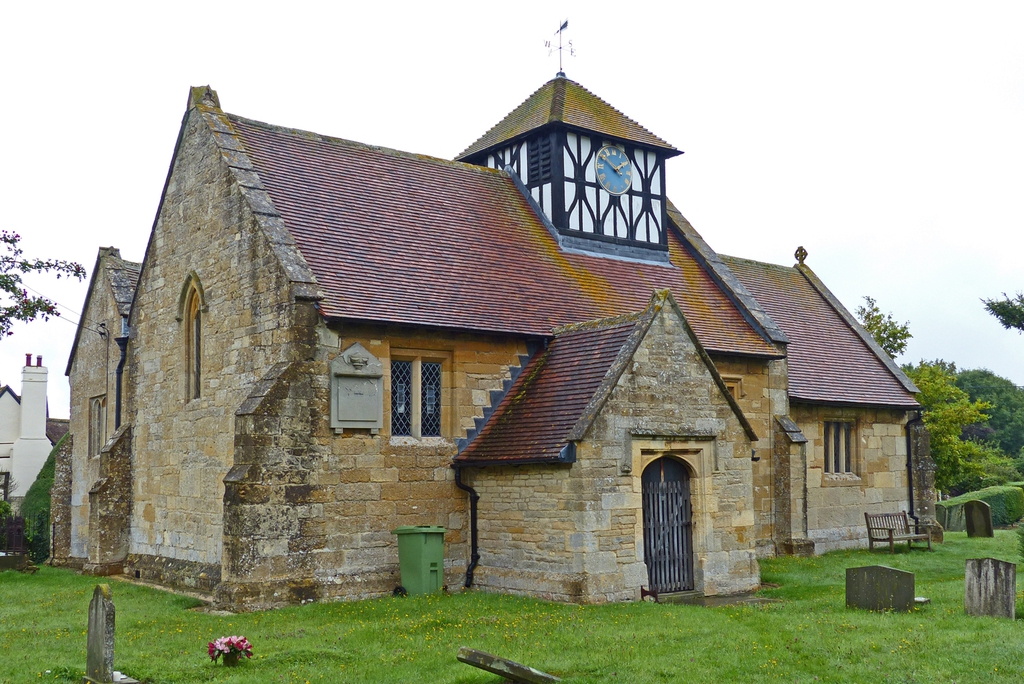 The original church dates from the 12th century, but it was rebuilt in the 13th century, altered in the 17th century and restored in 1880 and Unusually for Gloucestershire, it has a red tiled roof, and a timber-framed bell tower. The latter is finished in black and white, with a hipped roof, and dates from the 18th century, but the overall impression is that it is much newer, and is rather reminiscent of the "Arts & Crafts" Churches, such as Brockhampton, in Herefordshire."

Alstone was transferred from Worcestershire to Gloucestershire in 1844. The village became part of Teddington Civil Parish in 1935. The eccesiastical parish remains in the Diocese of Worcester.