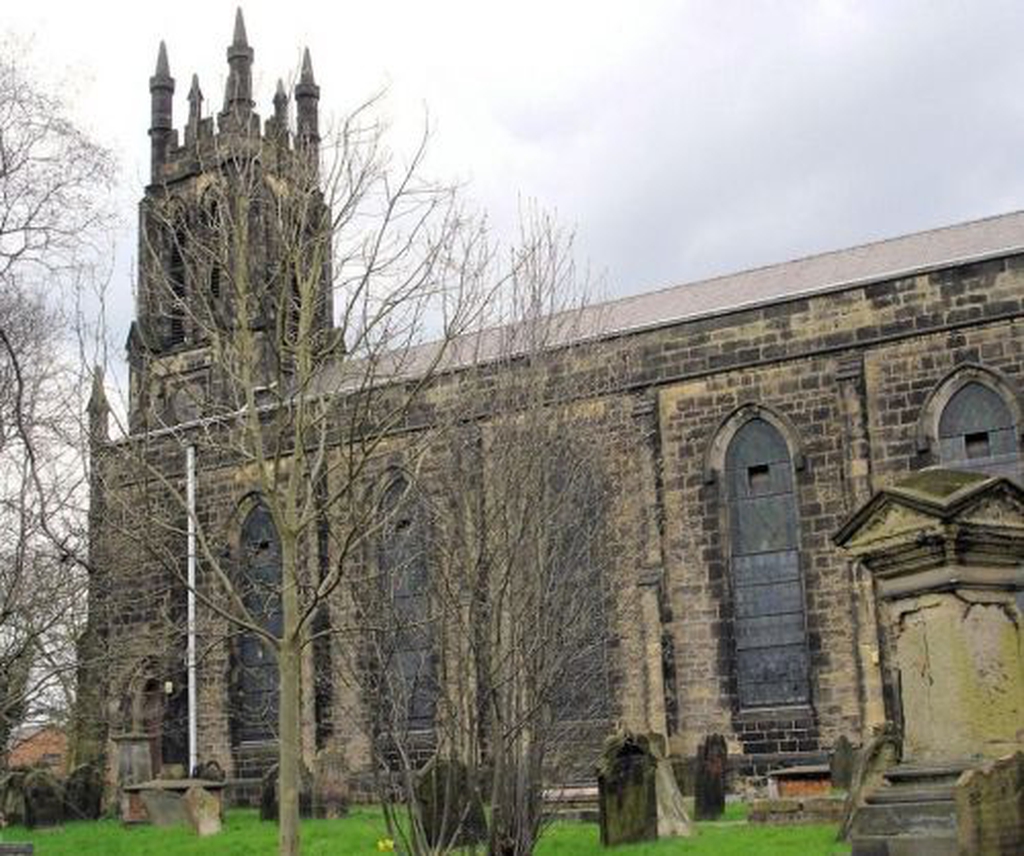 The first stone of Christ Church was laid on Thursday, 9th August 1827 and the church was consecrated as Christ Church (until its consecration it was referred to as the 'New Chapel') on Friday, 27th August 1830.
The architect, Thomas Lee junior, was also responsible for the new church buildings at Sedgley and Netherton. Christ Church was built from Gornal stone. For the first two years after its consecration it was under the control of the Vicar of Sedgley until it became a parish in its own right in 1832.
The various incumbents have all left their mark on the church, none more so than Reverend William Spencer, whose family owned a steelworks in Northumberland. Both William and his father used their own money to help improve and beautify the church and the lovely Lady Chapel we see today is a monument to their generosity. William financed the erection of the beautiful chancel screen to be seen in the photograph, carved by the splendidly named Advent Hunstone of Tideswell in Derbyshire in memory of his parents, John and Matilda Spencer and made many more improvements to the interior of the building. Reverend Spencer served as Vicar from 1883 until his sudden death in 1912, when he was just about to open the new pavilion on the cricket field. He was deeply mourned by the people of Coseley.