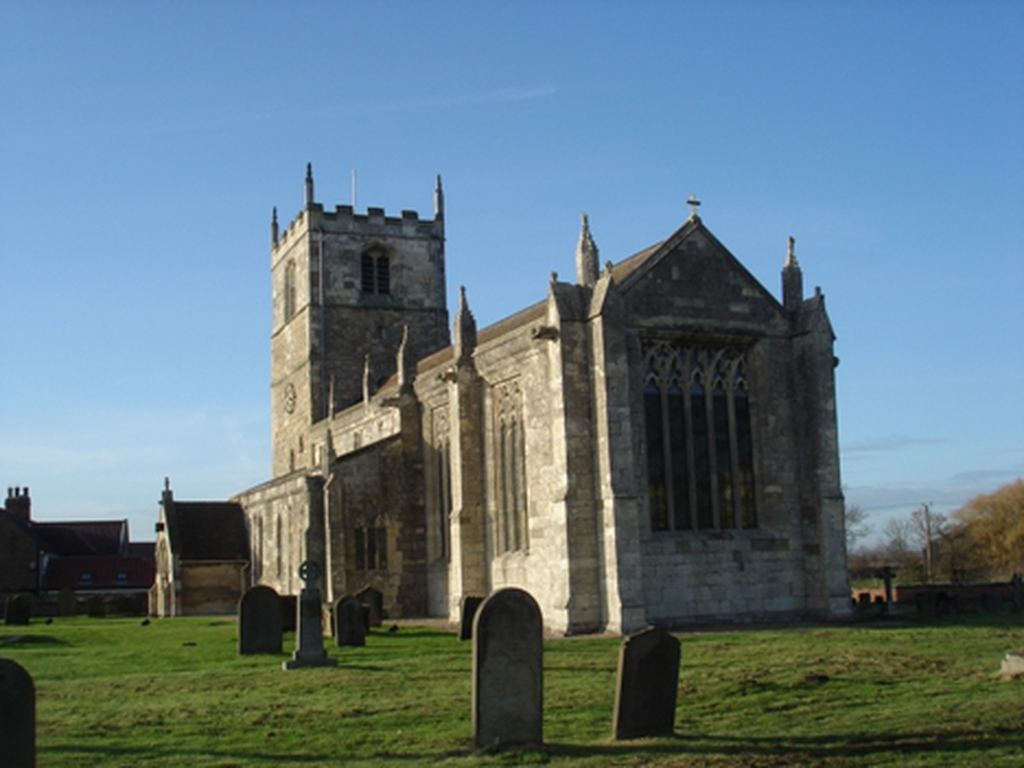 The tower of the church was constructed in three distinct stages which can be identified by the type of sandstone used. The lower part of the tower is constructed of roughly dressed blocks which is topped by smaller rubble stones, both sections were assembled during the Anglo-Saxon (c 870-1066) period. During the 15th century the tower was topped with the present belfry.

The entrance to the church is through a porch which was constructed during 1877, the church door was restored during the same year, its ironwork reflects 13th century design. The door is framed by an archway which was assembled during the period 1220-40 and incorporates a Norman zig-zag moulding.

The vestry contains a block upon which a scratched drawing of a hunting scene can be observed, its origin is unknown however one figure is portrayed wearing Scandinavian headgear.

The first extension to the Saxon church is thought to have taken place during the late 12th Century, followed by many further modifications over time. The church contains numerous items of architectural interest such as arches and piers that reflected the growth and importance of the church through time. Memorials both inside and outside the church illustrate the church has been a place of worship for the community for over 1000 years. The Eastern Church wall is topped by medieval grave-slabs; one is marked with a sword and shield, and a Celtic type of cross.

You will find the church at the far end of Main Street and cars may be parked outside in the road outside.