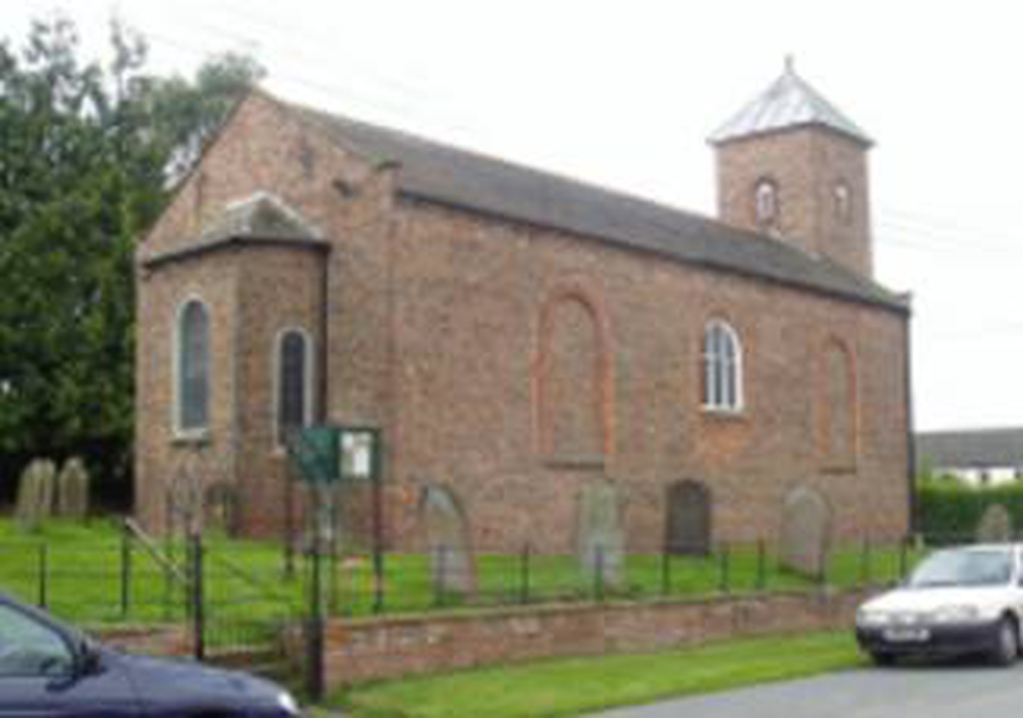 We are a festival church and part of the Derwent Ings benefice, alongside the churches in Sutton upon Derwent, Elvington , Wheldrake and Thorganby.

We are a small but friendly congregation and greatly enjoy festival services with violin accompaniment. We are often oined by worshippers from the other churches in our benefice. These are always good times. We would love to welcome more from the village to share our worship.

The oldest parts of the Church building are the bells. They were cast in the 14th century and come from the previous Church. There are only seven 14th century bells in the Diocese and we have two!

In 1784 a faculty was granted to take away the remains of the old chapel and erect a new one. During the 18th Century East Cottingwith had become more prosperous and more populated than Aughton, its mother Church. These prosperous villagers built a new, brick Church much as it is now (except for a spherical cupola). In 1786 they were allocating pews so it must have been ready to open.

In 1847 the Rural Dean wrote of his visitation to East Cottingwith, 'The Church is neatly fitted with stalls, new reading desk, new pulpit, new font and newly washed walls.'
In 1857 the Rural Dean commented that it was an ugly building from the outside but very convenient inside.

In 1924 a faculty was granted for major renovation: curved altar rails were added and the stove was moved to the side. The stairs to the gallery near the font were used for a small choir and organ but these were removed in the 1930s.

The East window is stained glass of the figure of Christ on the cross, with Mary at one side and John to the other. At one time the Church was named St Mary's and the Holy Cross, now shortened to St Mary's.

We look forward to welcoming you to out beautiful parish church.