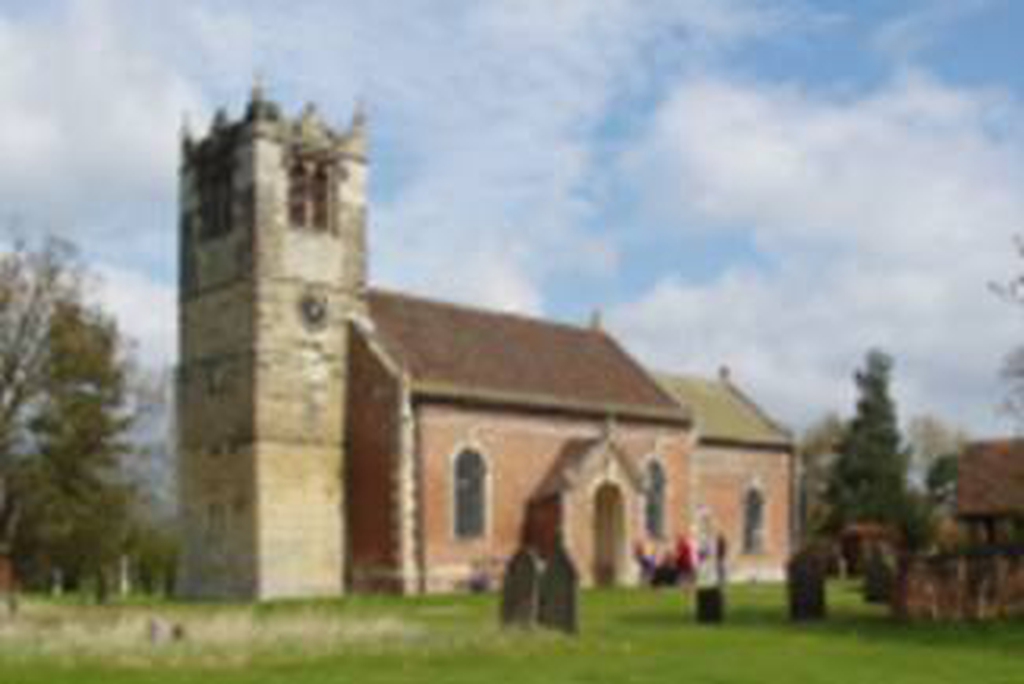 We are a part of the Derwent Ings benefice, alongside the churches in Wheldrake, Elvington, Sutton upon Derwent and East Cottingwith.

Most of the records of the Church which was once used as a boundary line between the two villages of West Cottingwith and Thorganby have disappeared. This ancient little Church is acknowledged to be one of the most exquisite pieces of brick and stone work in the country.

The first thing to strike you is the segmented archway dividing the Nave from the Chancel. This arch is very possibly a somewhat rare example of a rounded Saxon arch as the mason marks are very clear of that period. The East window belongs to the perpendicular period. The diamond panes have a rose and scroll design, and by their slight irregularities are obviously hand marked. The date of the manufacture was late 18th century. The “wave” effect in the glass, shows it to be prior to the development of the sheet glass process. The edging of the window is a dull, brownish red, due to the fact that two hundred years ago, the art of producing the brilliant reds and earlier stained glass had been lost. This is an excellent example of the nearest to red that could then be produced using seaweed potash as the colouring medium, hence the name “kelp” given to this type of glass.

On the exterior of the Church you notice the difference of construction of the tower and the body of the Church. The former is of stone, 45 ft high and the lower stages from their dimensions and shape date them as being of the 12th century. The top portion has been added during the 15th century. The building was restored and most probably, with the exception of the tower, entirely rebuilt between 1740 and 1770, and as there were no stone quarries in the district, bricks were used. This restorative architecture and brick is not uncommon in the East Riding. The coigns and other stonework blend well with the rich red of the bricks, and the effect is not unpleasing. When repairs were carried out in 1930 to the church tower, excavations disclosed some fragments of the centre of an alabaster altar, pieces of the 15th century, representing Holy Trinity. These have been pieced together and are now on loan to the Yorkshire Philosophical Society and can be seen in the Yorkshire Museum. On the right, incorporated as part of a stone seat in the porch, is “Wm Hall 1763”. This is probably either the monumental masons advertisement, or part of Wm Hall’s tombstone. The act of vandalism perpetrated by John Savage, 1746, carved in the stone mounting on the right of the doorway may confirm the date of the re-building of the Church. It is possible that the Church was enlarged at this period to accommodate an increased population. The site also, on the slightly rising ground, points to its antiquity, as often in early days, the tower was used as a look-out against hostile marauders, and a position giving the best view was naturally selected.

In 1948, owing to the deterioration of the inside of the building, particularly the ceiling, it was decided to restore and redecorate the Church. The organ was removed from the Chancel to the back of the Church where it is now.