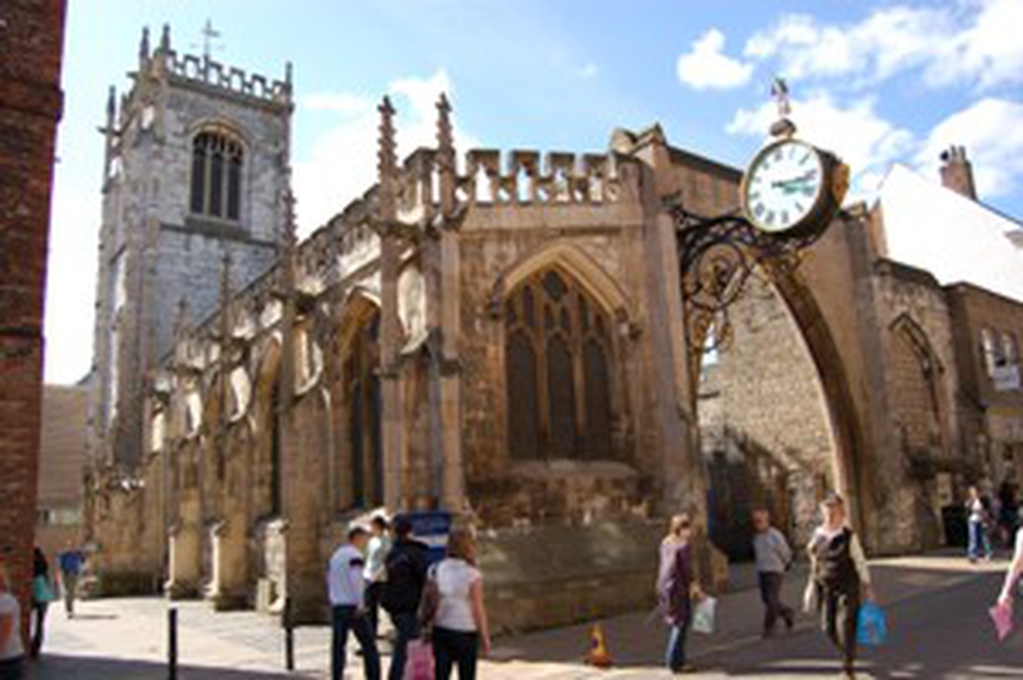 St Martin is situated in Coney Street and can be identified by its very distinctive clock. Rebuilt in the fifteenth century it was almost wholly destroyed by fire on 29 April 1942, during the 'Baedeker Raid' on York. Between 1961 and 1968 it was rebuilt to the design of George Pace. On 28 April 1968 the Archbishop of York re-hallowed the church as a chapel-of-ease to St Helen Stonegate and ‘a shrine of remembrance for all who died in the two world wars, a chapel of peace and reconciliation between nations and between men’. That continues to be an important part of St Martin's witness and ministry today.

You are most welcome to join us for Holy Communion held every Wednesday at 12.15pm

The Parish is a registered charity number:1153456