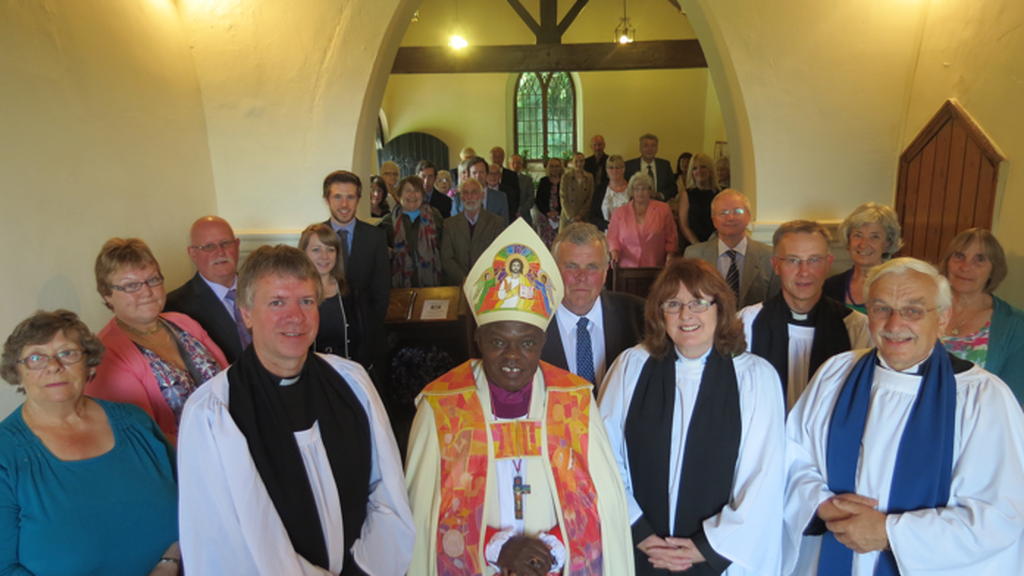 We'd love to see you at any of our regular events. Our Sunday services at 11.00 am are all modern language and family friendly, and vary according to the Sunday of the month.

As for our lovely building, the Britain Express website has this to say: "Not sure if you prefer Norman, medieval, Georgian, or Victorian churches? Then come to Burton Fleming, where St Cuthbert's church has something from just about every architectural period imaginable, all piled on top of each other in glorious eclectic style.

Perhaps the most interesting feature is one of the newest. That is the unusual Victorian painted glass windows at the east end of the church. Note I said 'painted', not stained glass. Look closely and you can see that the lovely Victorian artwork has been painted onto the glass surface, resulting in a more opaque look than stained glass usually gives. The effect is unusual to say the least, but not out of place at all in this unusual building.

The church was once much larger, and you can see where 12th century columns built into the south wall once served as arcade pillars between a nave and a south aisle which no longer exists. Remnants of a 12th century chancel arch can be seen on either side of a later pointed arch. The font is a simple chalice design with four carved heads on the base, one at each corner. The most interesting feature is the 12th century doorway, though much of the carving is difficult to pick out due to a heavy coat of lime-wash.

Other features of interest include a monument to Thomas Wharram (1882), a lovely charity board dating to 1793, and a royal coat of arms from 1724."