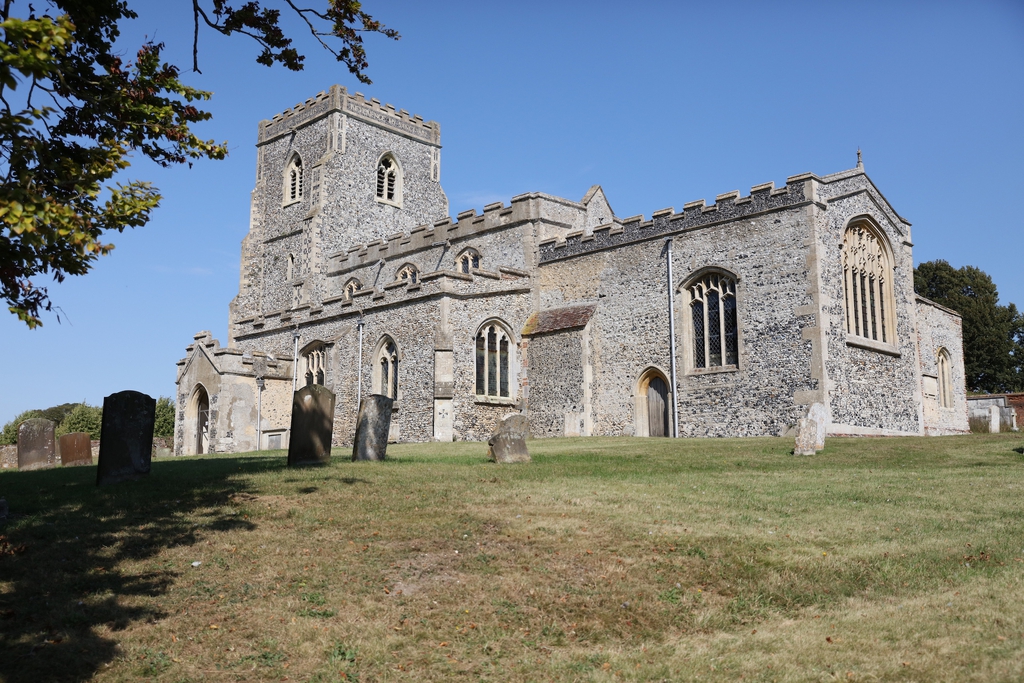 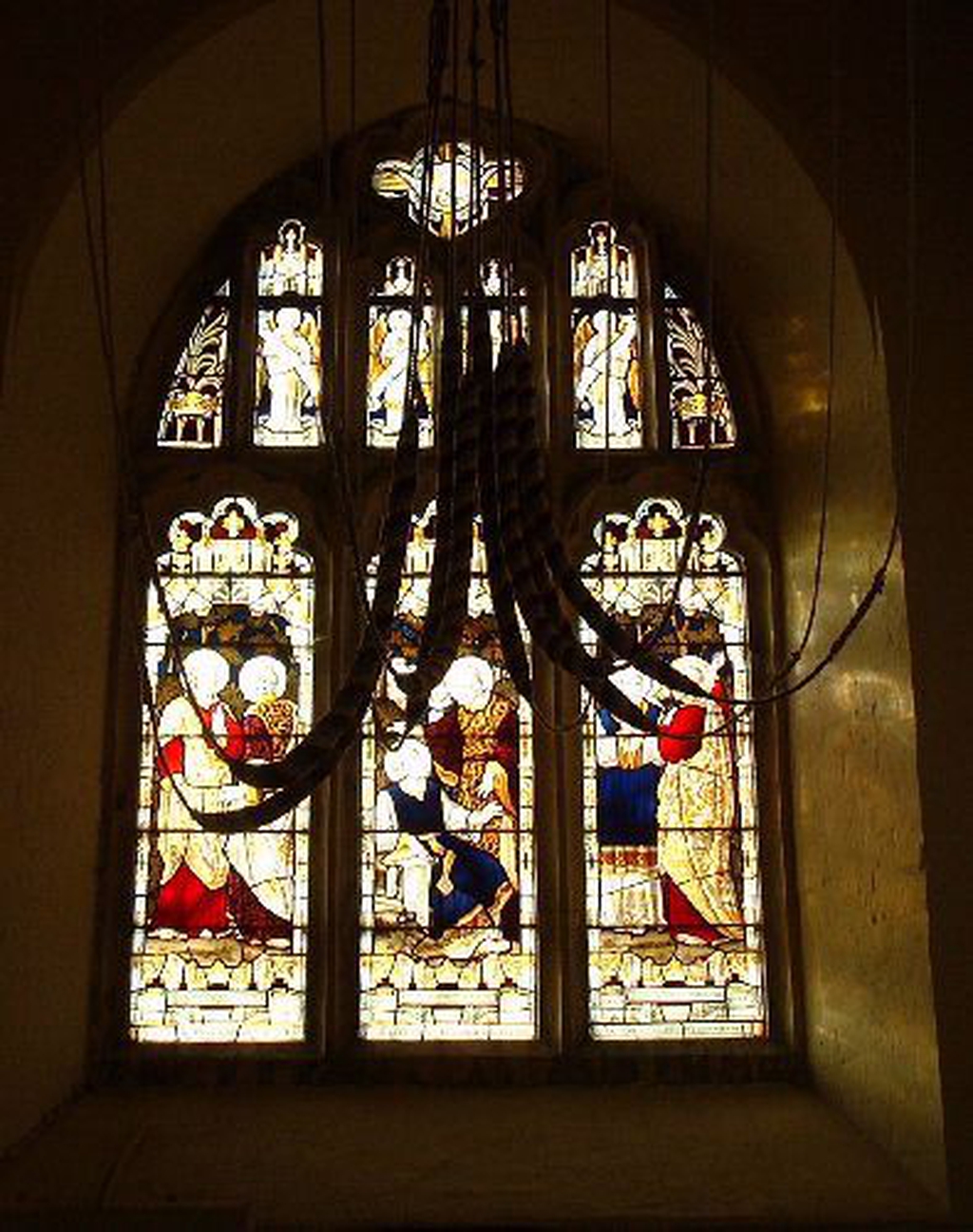 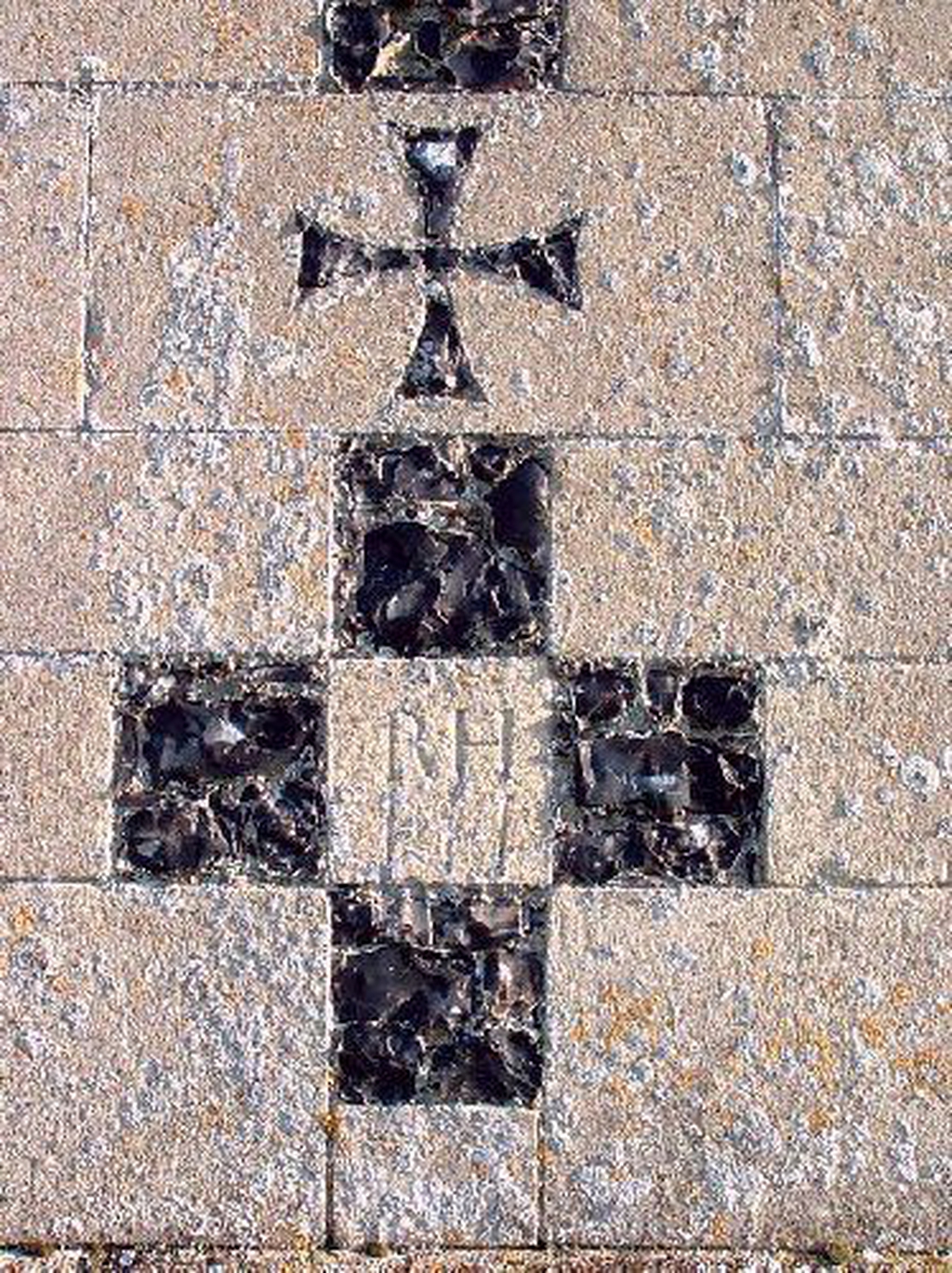 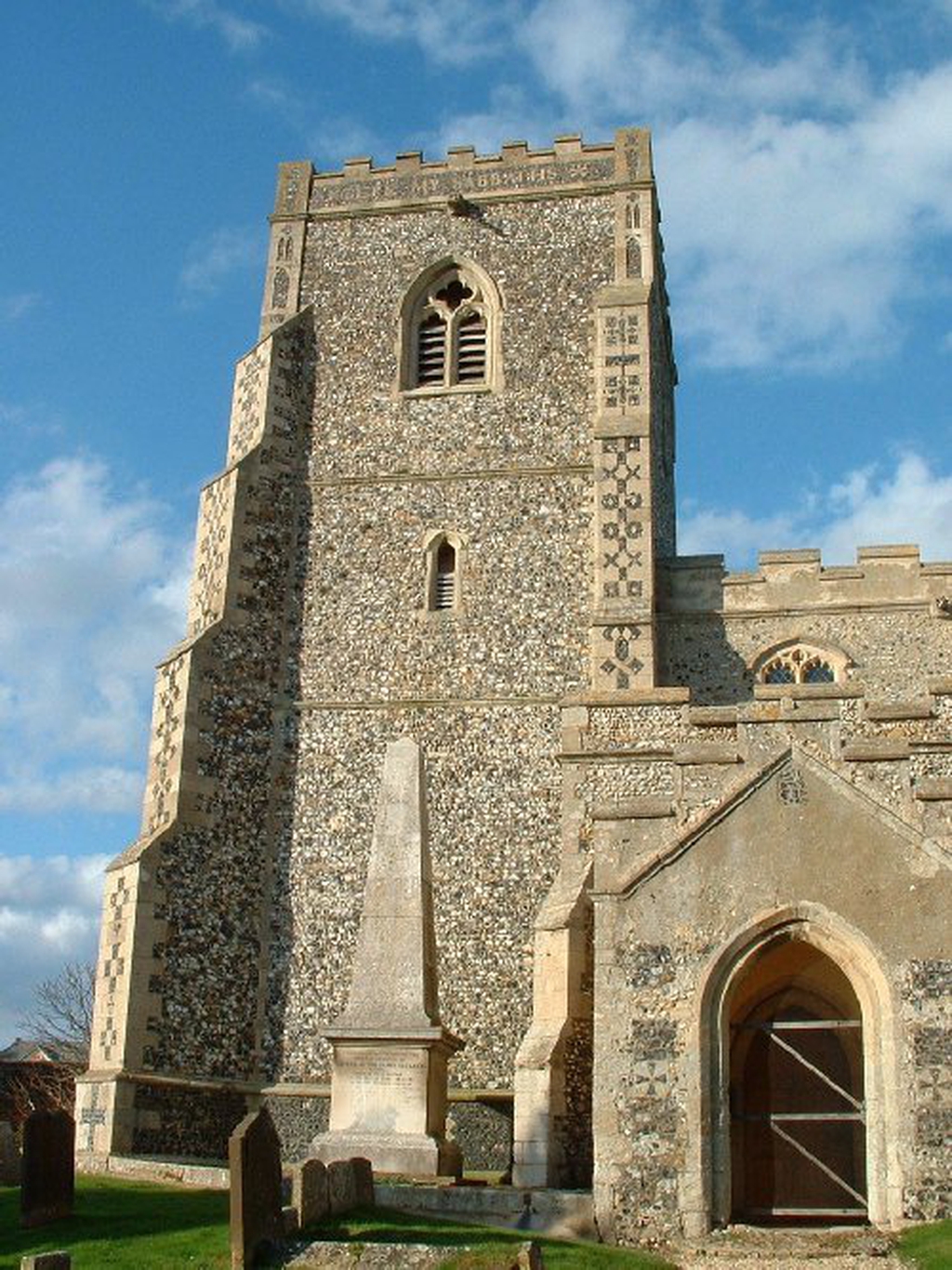 The present Church of St Mary the Virgin Dalham took over six centuries to reach its current attractive state. The building stands in a commanding position overlooking the valley of the River Kennet and is approached by a steep lane overhung by ancient yews.

Every century is represented in the Church’s fabric or artefacts since it was built in the early 14th. on the site of a Saxon church mentioned in the Domesday Book. Traditionally constructed of flint and stone, the Chancel and Nave were rebuilt in the 14th century and are basically unchanged to this day. Also that century fine wall paintings were displayed above two arches on the North side of the Nave and above the Chancel arch; they have recently been conserved. They are unusual in that their subject is secular not religious, depicting the Seven Deadly Sins and the Seven Mercies; those above the Chancel are thought to be of a Doom, but they are not very clear.

The 15th century saw the addition of the North aisle Also introduced at this time was a painted rood screen, only the base of which is existing. Against the North wall stands an ancient oak pew from that period.

The 16th century saw the construction in 1571 of the memorial tomb of Sir Thomas Stuteville, amazingly (to our eyes) cut into the 1450’s chest tomb of his ancestors. The Stutevilles owned Dalham Hall from 1416 to 1702, when it was sold to Bishop Patrick of Ely.

The 17th century work of rebuilding the Tower is recorded in very large lettering above the Tower Arch. The font at the entrance to the Tower also dates from that period. Originally the tower had a wooden spire, but this is said to have blown down during the extremely violent great storm of the night of 30th August 1658 (when Oliver Cromwell was reputed to have died – in actual fact he died several days later on 3rd September). This spire was never restored. The tower is unusual in that just below the castellations, are displayed the following inscriptions in flush flintwork:

South side – Keepe my Sabbaths

East side – Reverence my Sanctuary

Either side of the South Porch are flint consecration crosses and inside, on the arch into the tower, ancient graffiti are to be found.

The Tower held five bells one dating from about 1425; two from 1627; one from 1755 and one from 1832. They are housed in a wooden bell-frame built around 1750. In 1992 a new steel frame was built below the old frame to safely rehouse the old bells and three new bells were cast to augment the peal to eight. A bellringing team regularly rings and visiting ringers often seek to peal.

The Hall was acquired from Bishop Patrick in 1714. Later in the 18th century an annexe was built as a vault for the Affleck family at the end of the North aisle, east of where the organ now stands, but sadly this is now an unroofed ruin. This has recently been stabilised in the hope of preventing further deterioration.

In the 19th century the old box pews were replaced by the present pews with their fine ‘poppy head’ and, on the South side, a wide variety of animals have been lovingly carved. At that time an unusual Georgian finger-and-barrel organ, which played 12 hymns, was placed in the church. Inside it bears the date 1832 and ‘Thomas’, the maker’s name; it has recently been restored and its case strengthened to bear the weight of large frontal pipes placed there by the Victorians.

In 1901 Cecil Rhodes acquired the Dalham estate, but died before taking up residence the following year. The East window is dedicated to his second brother, Ernest Roderick Rhodes who inherited the property from his brother Francis William Rhodes in 1905. Two other fine stained glass windows from the same period are to be found above the South altar and on the North aisle near the organ – these were dedicated to the Affleck family which had owned the Hall for nearly two centuries. This century also saw a memorial to the men of the Parish who fell in the First War erected on the North aisle wall. This was later extended to include the fallen of the Second World War.

Finally, into the present century, the mediaeval wall paintings have been carefully stabilised. This work of care and maintenance has been lovingly carried out down the centuries and will surely continue to be so.