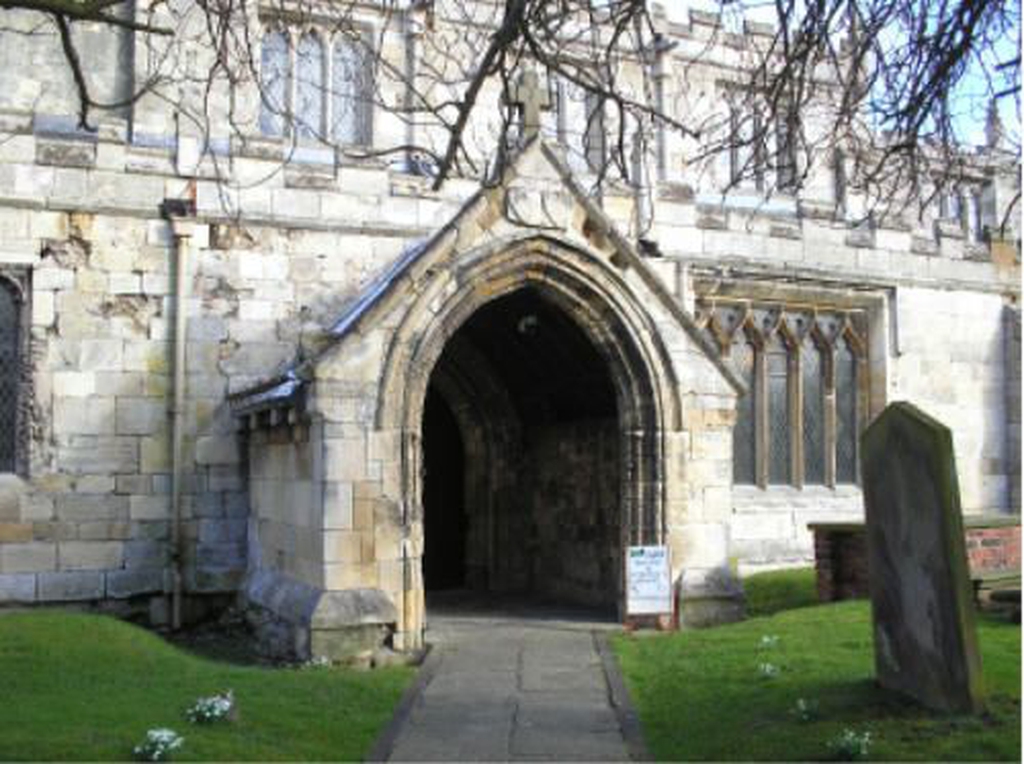 St Michael’s Church, Eastrington
Although not mentioned in the Doomsday Book, it is highly likely that there was a chapel in Eastrington under the auspices of the Bishops of Durham, for in 1146 Eastrington was mentioned as a chapel of Howden. St Michael’s has a mix of architecture, some very ancient, including the Norman steps of the font and eight carved stone panels of animals in the porch; some medieval, such as the tombs in the Portington chapel on the north side within the Church. In 1632, the chancel fell in, as an existing plaque high on the wall proclaims, and was rebuilt.
In Victorian times the enthusiastic vicar, George Dunbar and his sons, carried out a lot of work by hand to remodel the church, even removing a three-decker pulpit, but discovering a fresco dated 1553, which sadly has now disintegrated and all but disappeared. St Michael’s has a peal of six bells which are rung at weddings and festal occasions. On entering you will experience the peaceful, prayerful atmosphere. It is a beautiful church and remains the centre of the village of Eastrington, much loved by all.