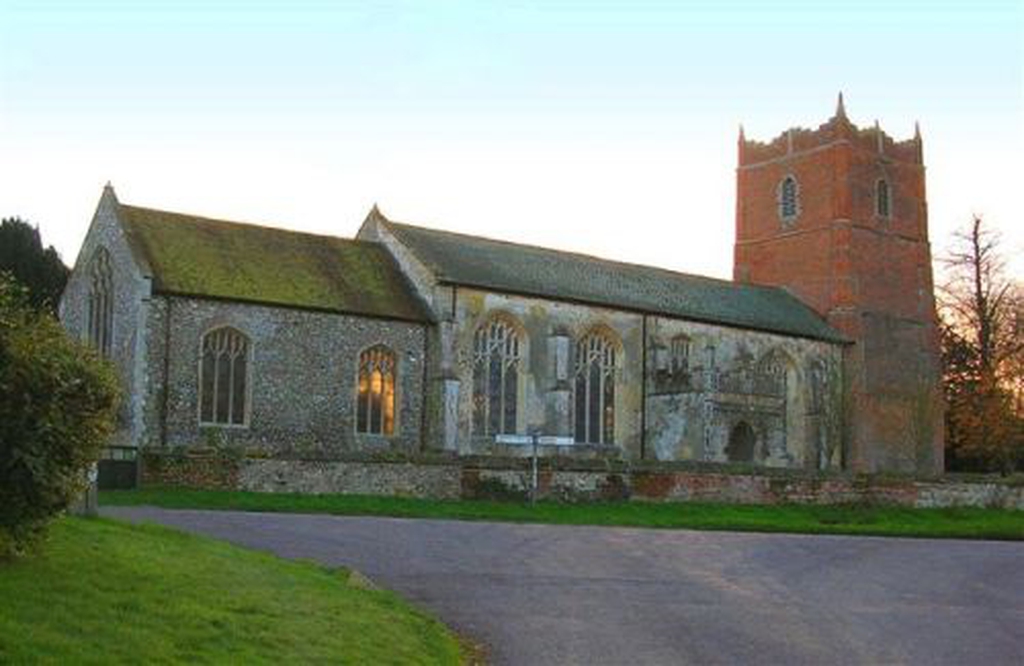 Gislingham, St Mary the Virgin
Services and events
News and notices
About us
Find us
Thornham Road Gislingham Eye
Get in touch
01379783226
Facilities
More information
Edit this church

A fine grade I listed church parts of which date from the 13th century.

By about 1410 the chancel and nave were rebuilt in the decorated style and the nave was extended to its present length.  In the 1480's the nave was widended by nearly four feet.  The widened nave is one of the widest aisle-less naves in Suffolk.  Both roofs were replaced at this time -  the nave with a splendid double hammer-beam roof. The poppy benches were also installed.

The north east window contains some 15th century glass and examples of the earliest botanical depictions of Englsih wild flowers in the country - columbine.  The font is 15th century and belived to be the work of Hawes of Occold.

The three decker pulpit is in a typical 17th century position.

The box pews were constructed in 1810.

The chancel was restored in 1860 by the Revd Thomas Collyer and comprises of a wooden reredos with slates painted with the signs of the Evangelists and a central text.

The organ was made by Bevington in 1870 and was originally in All, Saints Church, Dickleburgh.  It was installed here in 2001.

The church was in a very poor condition and a major restoration project was undertaken in the 1980/1990's.  In 2006 the six bells, that had been removed from the bell frame in the 1970's were repaired and rehung in a new steel frame and two additional bells cast and hung.  We now have one of the finest ring of eight bells in the county.

The church is now a well maintained and welcoming place.