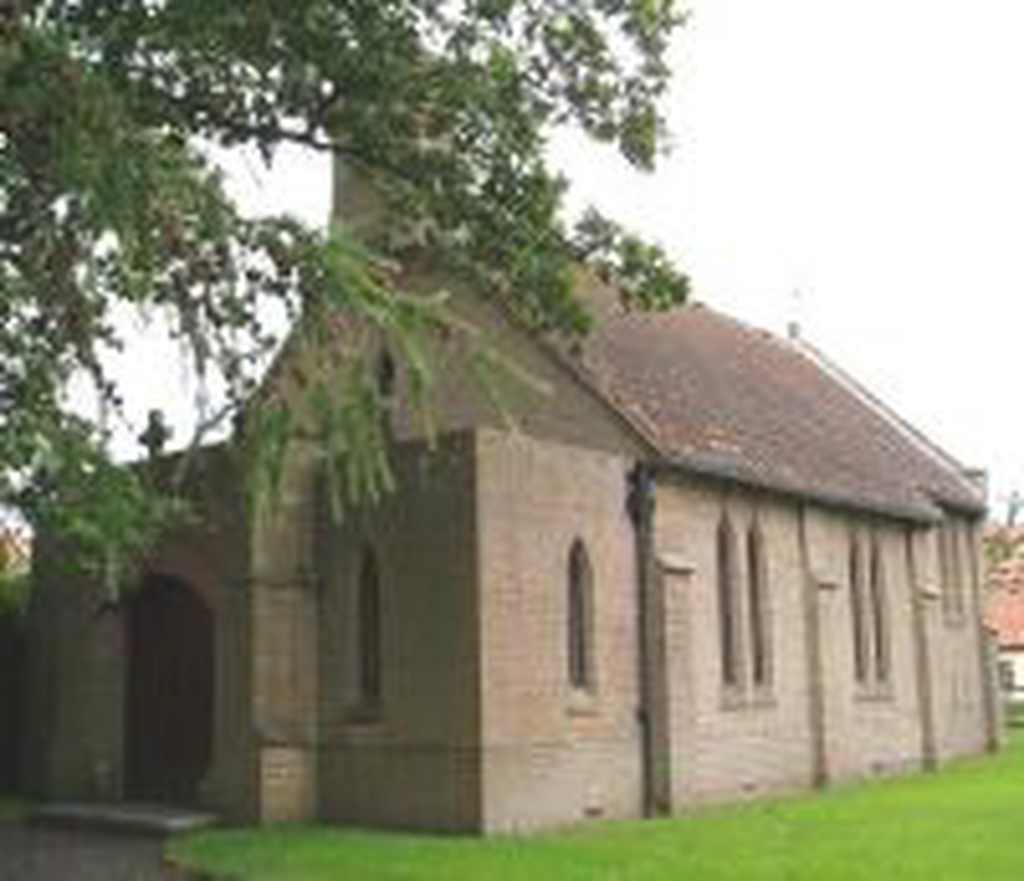 The first Anglican church building in Potto was opened on 30th June 1893, largely due to the efforts of the Revd. John Cowley Fowler, Vicar of Whorlton from 1890 until his death in 1916 and author of "The Ancient Saxon Parish of Whorlton in Cleveland". This building, a comfortable and surprisingly commodious 'Mission Room', was built in wood materials and served the community well until an electrical fault caused a spectacular fire which totally demolished it on 7th September 1936.

The present site was generously given to the Parish by Mrs. Kyle of Potto Grange, whose husband was the famous Vicar of Carlton and Faceby and later Canon of York Minster, from 1894 until his death in 1943. The foundation stone was laid on 1st June 1938 in the presence of Harry, Bishop of Whitby and a congregation of some 500.

The first service to be held in the Church was the Harvest Thanksgiving in October 1939 although, because of the Second World War, there was no proper dedication service at that time. This was to be rectified some 21 years later when the Bishop of Whitby, Philip Wheeldon, conducted a special service of Blessing on 3rd May 1960.

Because of the shape of the plot, the church had been built in a North/South direction so that an East window was clearly inappropriate. Instead, a special three panel mural was commissioned from Norman S. Carter, an artist from Essex. In a letter to the Vicar, Revd. Barker, the artist explained that the depiction of the infant Christ and his Mother had been difficult for him. "Of all the people in the Universe, these two are the most difficult to paint. The Madonna is in an attitude of making her offering to the World, and looking down at the Christ Child, who is supported by Her in an attitude foreshadowing His Crucifixion. She is looking down, but He is looking up, which is characteristic of His earthly life. In the hill of Calvary, on the Jerusalem panel, note the cavities in the cliff, giving the appearance of a skull. 'Golgotha' - the place of a skull. Those who have been there tell me that in some lights they have seen the skull shape more clearly than I have ventured to show it."

We look forward to welcoming visitors and parish residents, whatever their age, to our services in St Mary and the other churches of the Benefice.