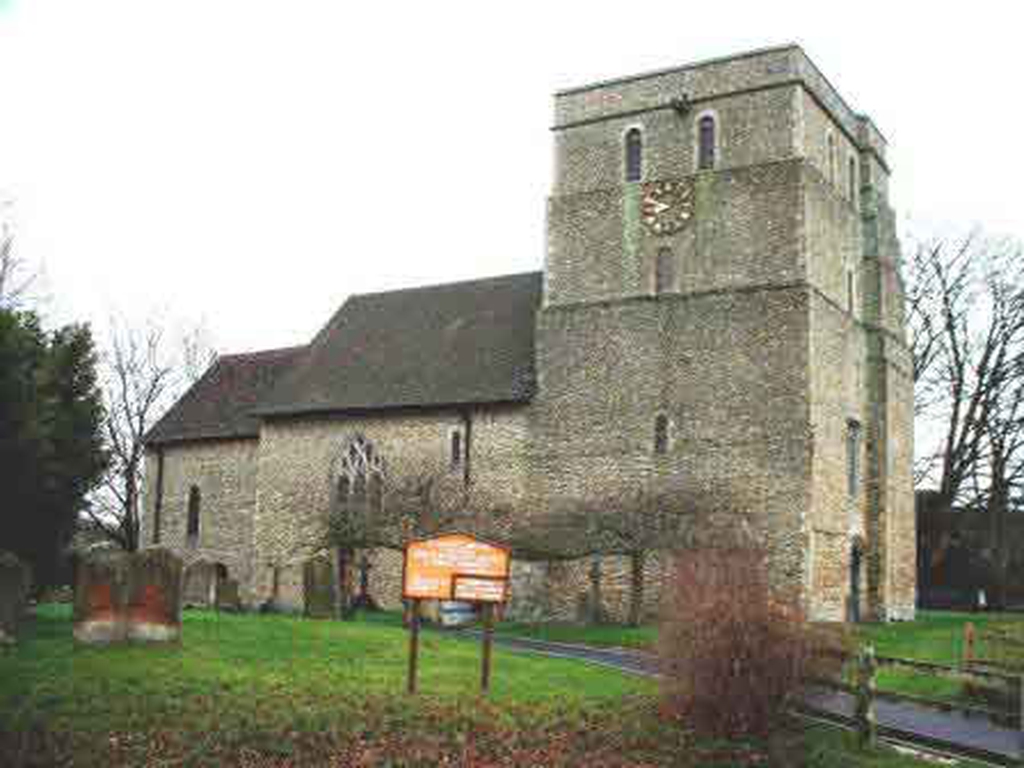 St. Mary’s Church Brook is famous for its medieval wall paintings, their quality and artistic content place it in the top 20 churches in the UK regarding quality of medieval wall paintings. They derive from the 12th / 13th Century and were originally painted in red with gold leaf, and today appear as dark brown on white.

The paintings in the chancel depict the Nativity, Ministry and Passion of our Lord. Paintings on the south wall of the nave are slightly larger and done in red and white. These apparently show incidents in a saint’s life. A key to all subjects of the paintings is to be found in the red-backed booklet at the rear of the church in the vestry. This has been prepared from notes by Professor Tristram and later experts who have cleaned and restored the wall-paintings. Those on the north wall of the nave are a palimpsest and very difficult to make out. Low down we may discern two fourteenth century figures, with two large seventeenth century texts above.

Over the north door is a faded wall painting of St. Christopher.

The architecture of a priest room overlooking the congregation is a special architectural feature, which only 3 churches in the UK can claim. A faded painting of the Lord in the Priest Room gives this room a very special atmosphere for prayers, reflection, and for finding the presence of the Lord.