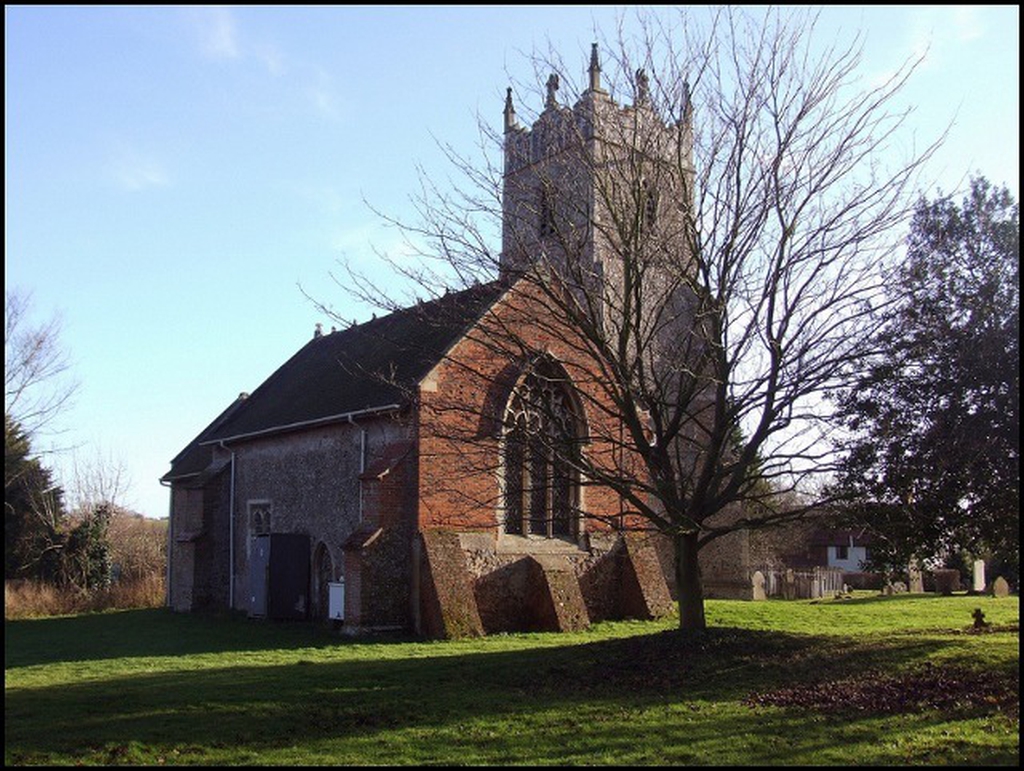 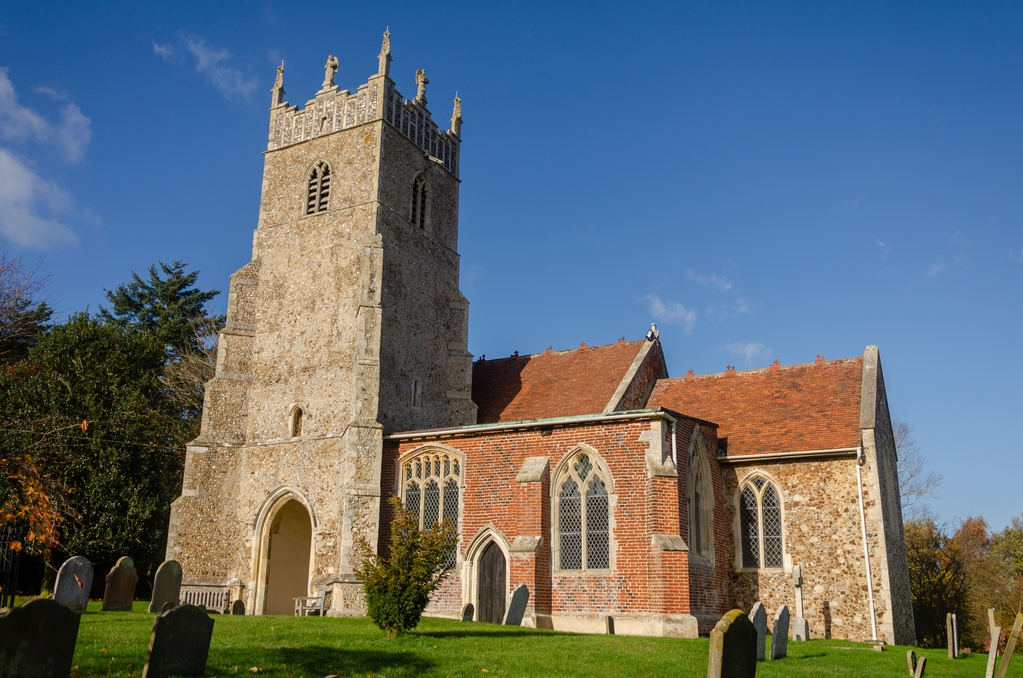 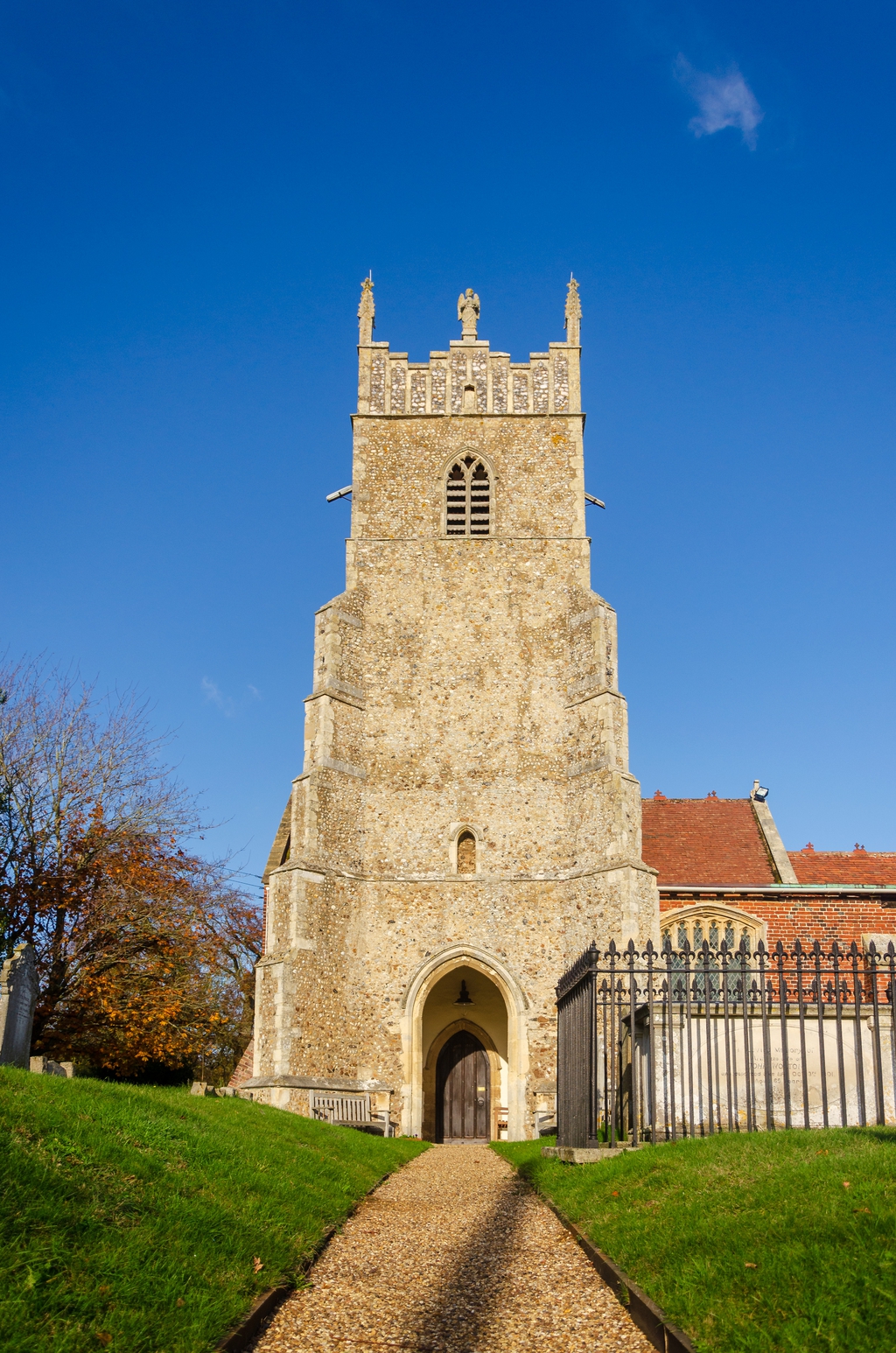 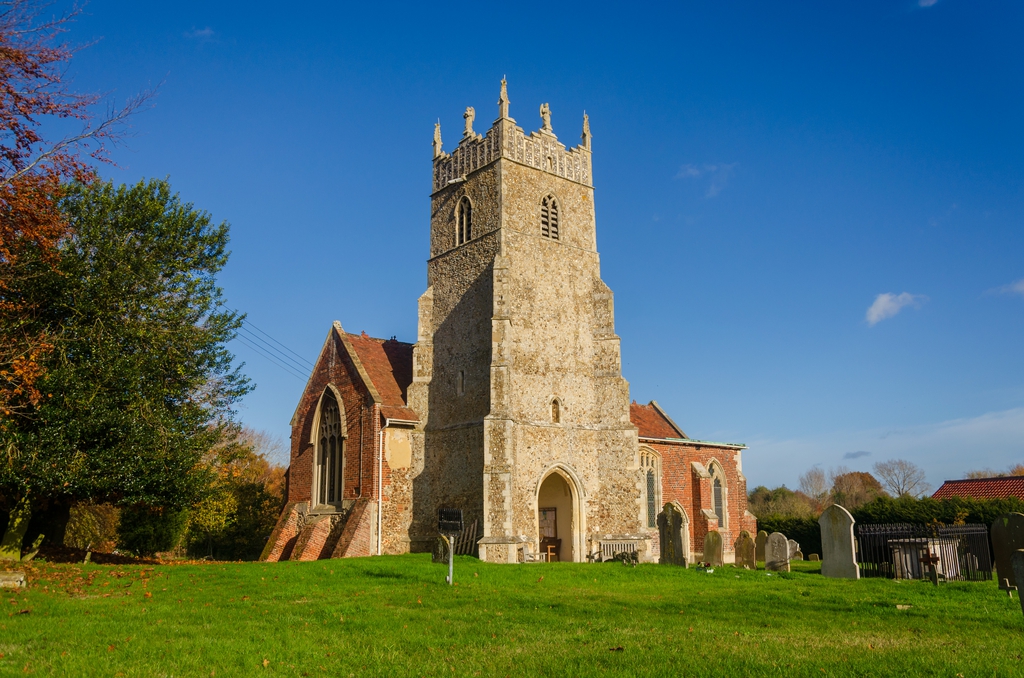 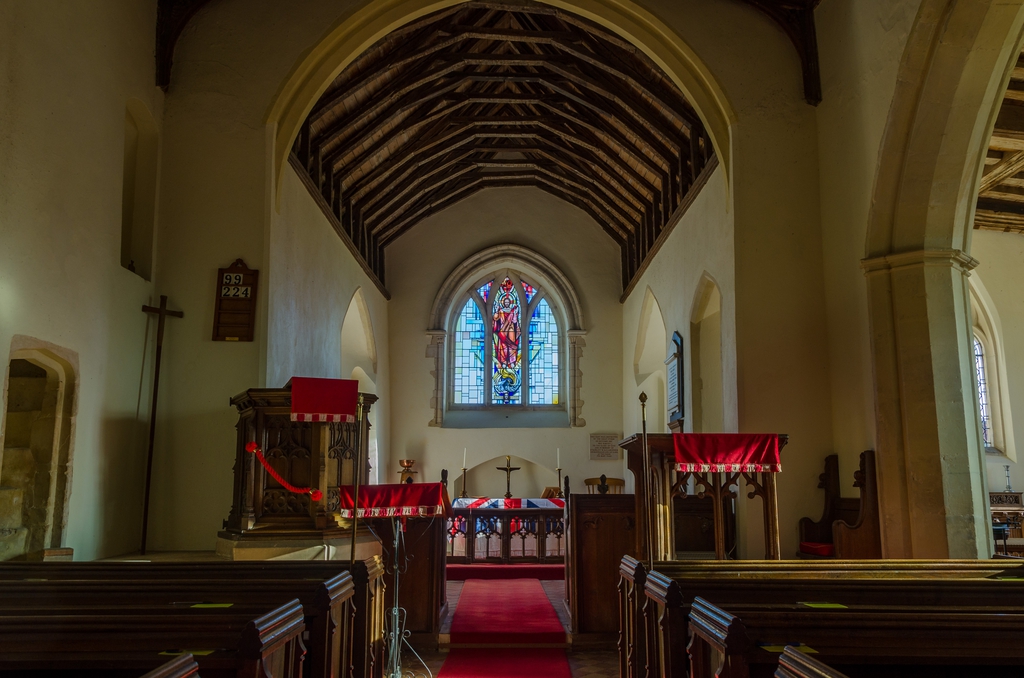 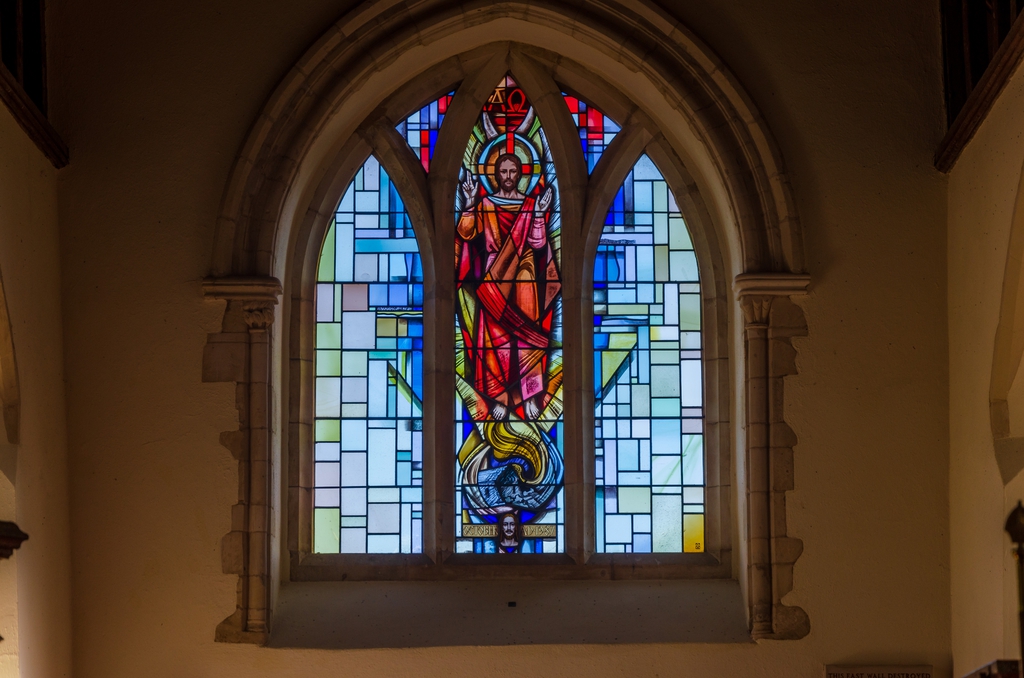 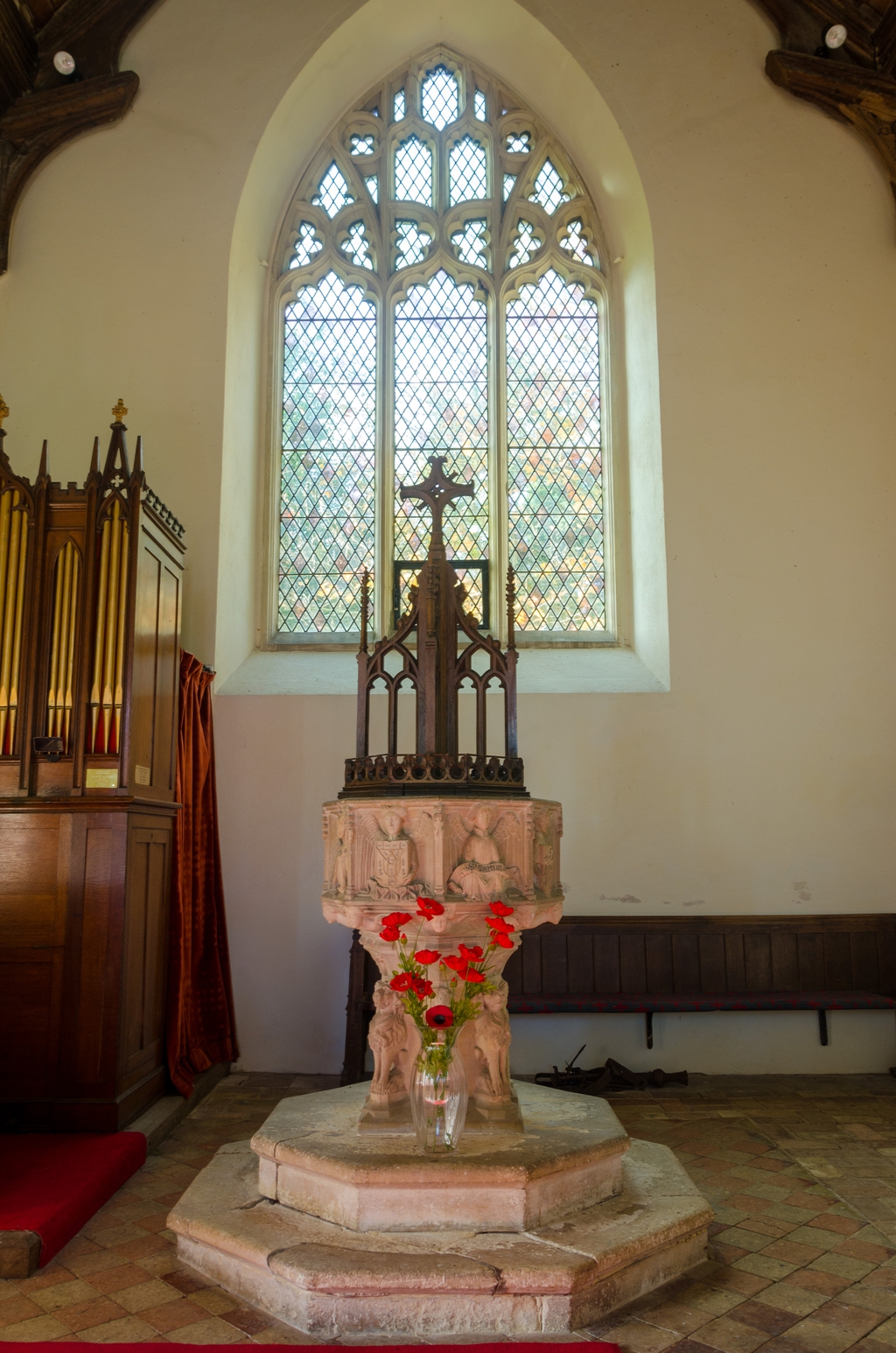 Newbourne, St Mary the Virgin
Services and events
News and notices
About us
Safeguarding
Find us
Ipswich Road Newbourne Woodbridge
Get in touch
01473 736298
Facilities
More information
Social
Edit this Church

St Mary’s is a Grade 1 listed building dating from the 12th century.
It has an attractive square bell tower topped by stone angels and is one of the few Suffolk churches with a porch within the bell tower itself. It is built from a mixture of brick, sandstone and knapped flint.

High-set at the heart of the village, eccentric and architecturally fascinating – this is a ‘gem’! Much of its short nave and chancel may be 800 years old; the south chapel of c.1320 was cased in Tudor brick c.1500 and the elegant 14C south-porch tower (one of 24 in Suffolk) was given its flushwork parapet c.1472.

Say Hello to George Page the Suffolk Giant (7’7” tall and buried to the right of the path) & look for the graffito of a mediaeval ship in the entrance arch. Note the thickness of the wall as you enter and the smart new decoration.

Fine old roofs (single-hammerbeam in the nave), a restored East Anglian font, the rood-loft staircase and remains of the rood-screen, two ancient piscinas, a low-side window, a stone coffin-lid and a woodcarving of the stallion ‘Monarch’ are amongst the treasures to be discovered. Then there’s the amazing story of the destruction and resurrection of the east window!

During the great storm of 1987, the whole of the East wall of the chancel was destroyed together with the stained glass window.  This was replaced shortly afterwards with a very fine modern stained glass window which incorporates the only intact piece of glass from the old window - Christ's head!