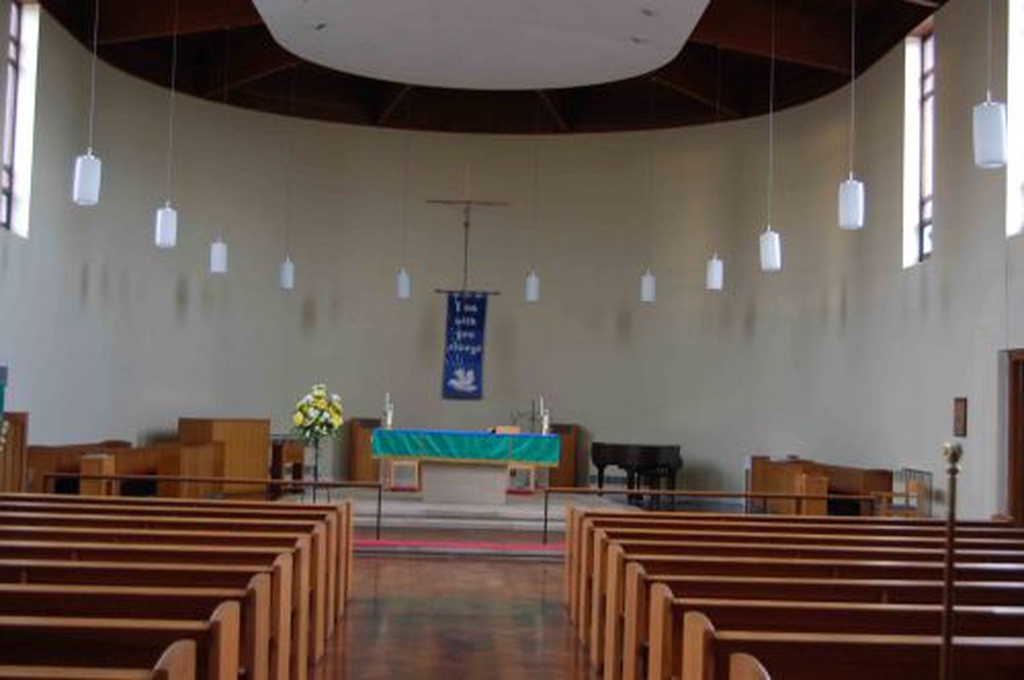 The Church of St. Hilda was established as a daughter Church of St. George, Cullercoats, in response to the housing developments in the Broadway and Marden estates. A hall was built in Wallington Avenue in 1953. The community grew rapidly and St. Hilda’s became established as a community church in November 1955. In 1962 it was recognised that the community had outgrown the Hall in Wallington Avenue and plans were laid for a new building to serve both the Marden and Preston grange estates. A site was acquired on the old Preston Grange Farm. Due to extensive mine workings in the area, the ground works for the church involved building a concrete raft supported by piles 30ft deep by 1ft diameter, The foundation stone, a 1,000 year old stone from Tynemouth priory, was laid on 23rd October 1965. The Church of St. Hilda was dedicated in December 1966. It is a modern Church showing a French influence in architecture. In 1976 it was consecrated as part of a 3 Church team. ministry with St. George's and St. Aidan's, Billy Mill. In 2006 St Hilda's became a parish in its own right whose priorities are;
(i) To continue to bear witness to Jesus Christ through public worship, prayer and encouraging the spiritual growth of our members, who will seek to apply Christian values in the wider community.
(ii) To encourage and nurture even greater lay involvement in pastoral care and outreach and to build up a church community which will be self-supporting in all its aspects.
(iii) To increase public awareness of the church in the community and to foster community links.
(iv) To encourage greater use of our church building by members of the community at large.
For more information on what's going on at St Hilda's, services and regular events, baptisms and weddings see our blog here or our Facebook page at St Hildas Church Marden with Preston Grange.