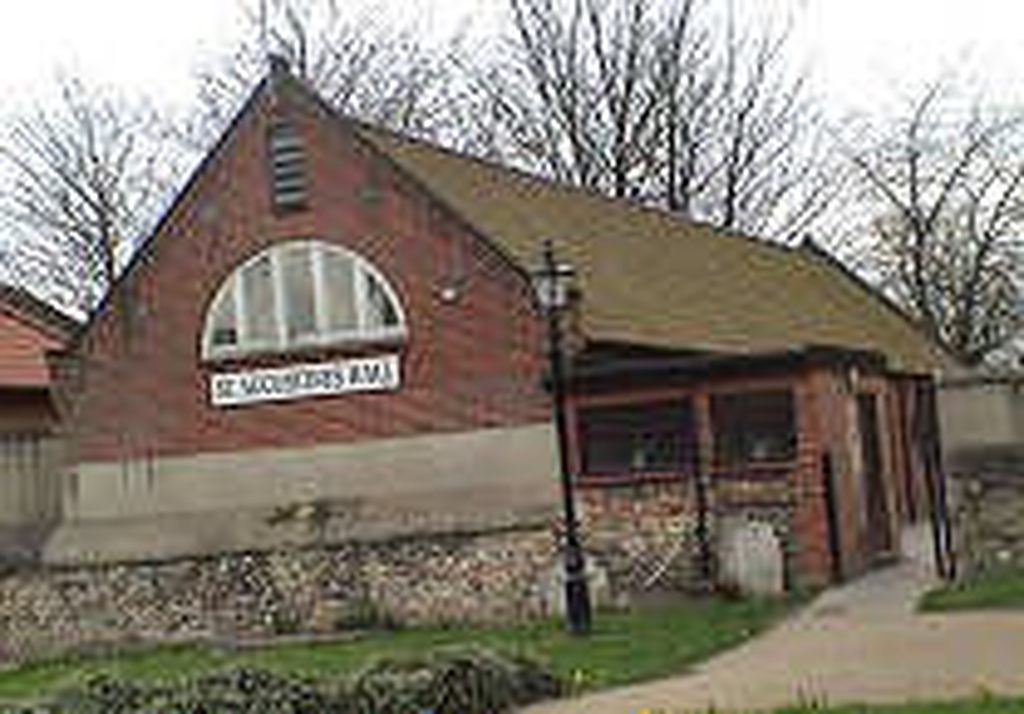 St Augustine's, New Catton
Services and events
News and notices
About us
Find us
Gildencroft Norwich
Get in touch
07393532321
Facilities
More information
Social
Edit this Church

<span style="font-size: 1rem;">We are a small community church. On any given Sunday there could be between 15-25 of us meeting for a worship service with a bias toward contemplation. The character of the Sunday worship is very low. We have a flexible, contemplative-community approach using customised but firmly Anglican liturgies. We have chants, silence and a singing bowl alongside traditional hymns and modern songs led by a music group normally comprising guitars and violin. We have a 'community time' for news and an update from the members of the church, and there is a sermon, with a small music group leading us in a few songs.</span>

Every other Sunday as far as possible, we have a communion led by our Vicar, Rev Sarah Quantrill.  On other Sundays the service is led by members of the congregation.

History
The church itself dates from 1163. It was re-dedicated on 30 April 1429 following extensive rebuilding and re-roofing, possibly necessitated by damage to its fabric during the Peasants’ Revolt 40 years earlier.
In 1993 the congregation, numbering 40-50, moved out of the church because the roof was dangerous. About £80,000 was raised to renovate the church hall for worship. In 1999, during a long period without a vicar, the old church was declared redundant. By then our numbers had dropped to about 25.   We wanted to grow from there and identified quite a strong ‘alternative’ community living in our area, and made a decision to be less ‘churchy’. We erected a new, more friendly, sign encouraging people to ‘come and develop your spiritual life’.   We re-ordered the building to make it more attractive, and rebranded ourselves as the Norwich Christian Meditation Centre, to publicise our events. We encouraged the development of a Community Group to include those on the local estate, and organised a regular garden party for all local residents to create a village feel, although we are near a city centre. We host literacy classes for 40+ refugees every Monday - followed by a meal for the homeless & marginalised between 12.30 - 3pm. We also host a toddler group (Cheeky Monkeys) on Thursdays - various meditation groups, choirs, table tennis, a seniors Thursday afternoon club and other churches.
We still use the old church on high days and holidays, such as Midnight Communion on Christmas Eve.   Mission.   We have been the home of the Norwich Christian Meditation Centre www.norwichmeditation.co.uk, which has a carefully maintained database membership of 1,600 people – half local and half spread across the country.   It hosts an International Speaker Programme with speakers such as Richard Rohr, Cynthia Bourgeault, Ilia Delio, Martin Laird, John Bell, James Finley  Edwina Gateley and Dave Tomlinson.   The church hall is used by church members and the local community for a range of activities, including a group that meets six times a month and provides help for about 45 refugees, asylum seekers, and those on the margins of society. This group is supported by members of all three congregations and led by one of them, for whom we have procured external funding. This group has a collective contract to clean and maintain the hall and its grounds.   We host the local Residents’ Association and have a strong connection with the local community – attracting a large congregation at the annual Midnight Mass in the old church. A member of the association has a contract to manage hall bookings.</div>
×