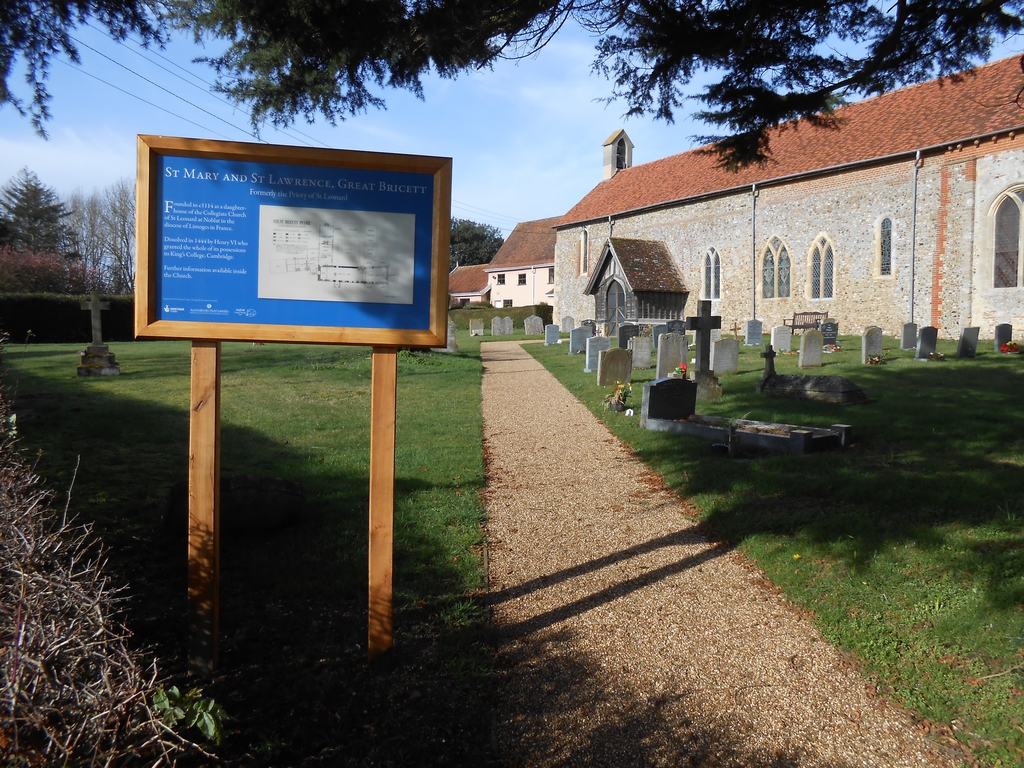 The immense heritage interest in the church of St Mary and St Lawrence is due to this outwardly modest building being the remains of the former Augustinian Priory on this site, founded c. 1110 by Ralph fitz Brien and his wife Emma. It was the only English house ever to be affiliated to the Church of St Leonard at Noblat in France (which is itself now part of a World Heritage Site). The choice of Saint Leonard is a highly unusual one and suggests that Ralph and Emma had a particular connection with the place. The most likely explanation is that they felt they owed some personal debt to St Leonard. Noblat held the relics of St Leonard, who had gained widespread fame for aiding those suffering captivity or imprisonment to gain their freedom. Ralph fitz Brien may have believed that he had emerged from a period of captivity as a result of his prayers to the saint and may even have visited the shrine to personally hang up his chains of captivity in thanksgiving. Dedicating his foundation at Bricett to this saint would therefore be understandable.

Being ‘Alien’ (a non English Mother House) it was dissolved by Henry Vl in 1444 and its possessions granted to King’s College, Cambridge. The college still has an extensive archive of original documents on Bricet Priory back to its foundation in and these have been subject to cataloging projects.

The building today consists of the nave and chancel of the former monastery church under a simple tie beam roof. The former monastery quadrangle to the north side is now the private garden of Great Bricett Hall which was also part of the monastery and is in fact structurally connected to the church.

Further information can be obtained from our village website greatbricett.suffolk.cloud/

"The parish of Great Bricett: St Mary & St Lawrence is committed to the safeguarding of children, young people and adults. We follow the House of Bishops guidance and policies and have our own Parish Safeguarding Officer(s), PSOs. The Diocese of St.Edmundsbury & Ipswich’s safeguarding pages contain vital links and information including contacts for the Diocesan Safeguarding Advisor (DSA) who advise our PSOs. If you are concerned that a child or adult has been harmed or may be at risk of harm please contact the DSA. If you have immediate concerns about the safety of someone, please contact the police and your local authority Children or Adults Services.

All are welcome at our services.