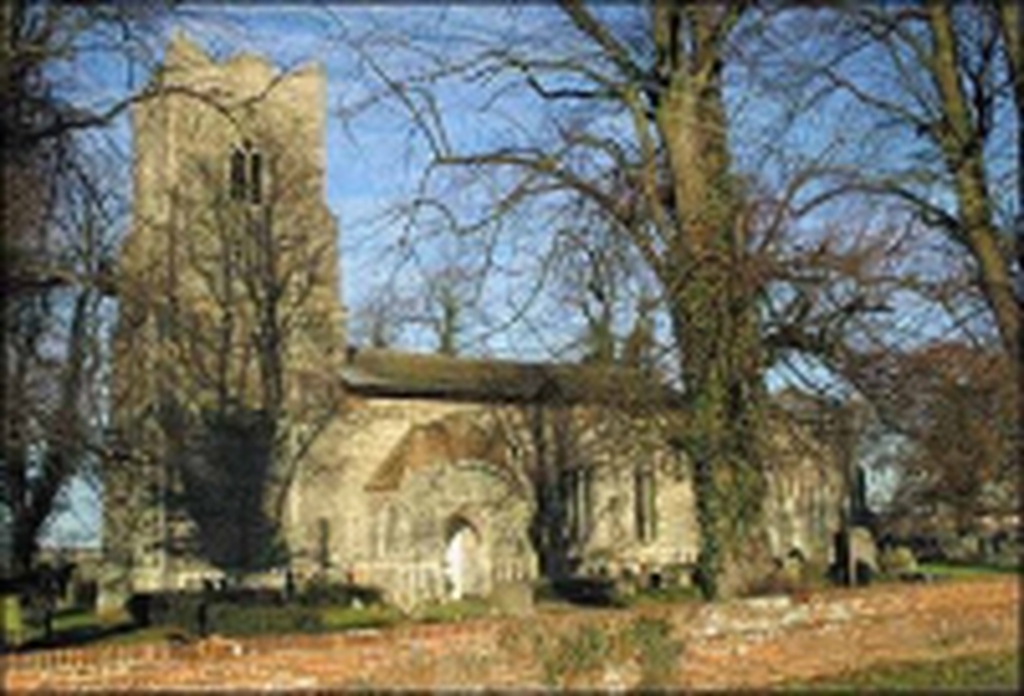 We would like to extend a very warm welcome to everyone who has recently moved into our friendly village. If you are a regular churchgoer or an occasional visitor please come along, join us at our beautiful church, situated about a mile from the centre of the village. We hold regular weekly services, usually including two Holy Communions and two more informal services. You can always be sure of a warm welcome.

Who's who? - The Ministry Team

St Peter's Copdock is one of six, small rural churches that form the North Samford benefice. Our current rector is Revd. Annette Shannon who lives in the Rectory in Sproughton email: [email protected]

The official name of the CIVIL parish is Copdock AND Washbrook but the ECCLESIASTICAL parish is named St Peter’s Copdock WITH Washbrook..

The other church in the parish is the church of St Mary’s Washbrook – this church is redundant and in the care of the Churches Conservation Trust.

In fact, the ecclesiastical parishes of Copdock and Washbrook were united in 1670 – the Rector of Copdock was also the Vicar of Washbrook. Since then there was always an emphasis on Copdock (being near the Hall and the bigger houses of the 18th century) and certain neglect of Washbrook – being more attended by the cottagers..

There was a building on the St Peter’s site in the 12th century when the parish was one large estate known as Belstead- later divided into Copdock, Washbrook, and Little Belstead. The present building is largely Perpendicular in style dating its construction to the 14th century.

The church lies to the east of the village on the far side of the Old A12 and next door to Copdock Hall. This is not a question of “the plague moving the villagers away” but the link of the church with the lord of the manor. Why should he walk down to the village to go to church? Let the villagers walk up the hill!

Until comparatively recent times the only access to the church was by footpaths. The road to Belstead did not exist until the 19th century but went along The Avenue where both the rectories of Copdock (now Felcourt) and Belstead (Belstead Old Rectory) were built by their wealthy incumbents St Peter’s stands proudly on the highest point of the village and can be seen from a distance – John Constable did a drawing of it in the early 19th century, most likely on his way back from a day sketching in Ipswich. In his day there were no trees to obscure it from view.

A simple one aisled church with a later chapel to the north, its greatest external feature is usually ignored by those who worship inside it – as the fine tower with its attractive west door built about 1478 no longer is the main entrance to the church. There are flushwork panels in its angled buttresses, with more above the doorway and the west window has a crocketted dripstone with finial and angel headstops. The tower is topped with brick battlements and a weathervane of King David playing his harp. This was designed and made by a local farmer-artist called William Trent in 1855.

Another “hidden” treasure is the north door which dates from the early 15thC with keeled panels and interesting tracery.

The main entrance to the church is through the south porch, the stepped gable of which was added in the 18th century with a sundial 1935 erected to celebrate the Silver Jubilee of George V above the entrance. The door is still locked with its original key – a foot long.

Inside the church is light and airy because of the tall perpendicular windows in each wall and a tall Chancel which is almost as high and the nave.

Immediately on the left on entering the church is the very fine 15th century font (recut in the 19th century) with kneeling angels holding open books, two pomegranates and a Tudor rose. The shaft and the tall attractive cover are both Victorian.

Not all who enter the church realize there is a gallery (though in days past it was the preferred seating for the young people of the parish who there sang their own versions of the hymns!) The gallery is not a relic of 17th/18th-century re-ordering as it was

installed in 1901 at the same time as the organ chamber, the West Doors, and the renewal of the nave roof as a thank-offering for Queen Victoria’s long reign.

On the front of the gallery are five small C16 panels. The two outer ones are carved with leaf patterns, the centre is a shield of arms, a lady plays the harp on the fourth, but the best one is carved with the little figure of Edward VI on horseback. It is somewhat difficult to see them in detail as hanging over the gallery is not only dangerous but also distorts the vision!

On the north wall is the Memorial to those who died in the First World War. The memorial was designed by H. Munro Cautley – Surveyor to St Edmundsbury Diocesan and notable architect. There is a tale that the then Rector (The Revd. Mr. Macpherson) did not want the memorial in “his” church but the villagers, (or more likely Mr. Thomas Bernard of The Lodge, father of Lieut. Laurence Barnard,) insisted. On the table at the back is a file with the pictorial record of the graves of all the Copdock Fallen of both World Wars and another of

the WW I Fallen of the Six Parishes of the North Samford Benefice. The Second War’s memorial is in the graveyard.

The small north transept retains its 15-century roof with leaf and flower bosses. It was originally a chantry chapel associated with Copdock Hall which may explain the presence of the squint in the angle of the chancel arch. So the priest celebrating mass in the chapel could see the priest at the High Altar. The tall transept arch has hung shields in the molding, three of which have traces of painted arms.

The shields in the Chancel roof were painted in 1959. The two easterly shields depict the emblems of St. Peter to whom the church is dedicated; next on the right-hand side, come the arms of the diocese of Norwich, of which Copdock and Washbrook parishes were part until 1914. Opposite are the arms of the Province of Canterbury. Next, on the right-hand side, come the emblem of St. George, the patron saint of England, and, on the left, the arms of the “new” Diocese of St. Edmundsbury and Ipswich. The two westernmost shields depict, on the right, the emblem of St. Mary, symbolizing the long connection between Copdock and the church of St. Mary, Washbrook, on the left the emblem of St. Edmund, patron saint of the Diocese. The choir stalls, like the pews, are 19th century though the nave poppy heads are

of a high standard and maybe the work of Henry Ringham, the famous Suffolk

Behind the altar is a 19th century stone reredos with a central Last Supper tableau sculpted in relief.

There is no medieval glass left – the infamous Suffolk iconoclast, William Dowsing, came here in January 1643 and he recorded having broken down 150 ‘superstitious pictures’. The nave windows are all clear glass and the chancel stained glass windows seem to have had no acknowledged maker but seen in detail are of good quality. There is a book of close-up photographs of the glass at the back of the church.

The pleasant churchyard, from which you can look down on the New A12 has an interesting tomb to John Marven (whose name survives in the newest road in the village). He was

a celebrated bellringer who died aged only 34 in 1789. He was one of the

early composers of the change ringing method and the head of the stone is carved with an oval relief of a woman holding a book and leaning against a bell.

To the northeast of the church, there is a Commonwealth War Graves

Commission headstone, the grave of Cpl E. Harvey, on which poppies

are placed at the annual Remembrance Sunday service and two of whose grandchildren live locally.

Nearby is a beautiful modern headstone for a girl who died tragically young.

The Rector and PCC of St Peter’s Church, Copdock and Washbrook, Suffolk are committed to a safe church environment for everyone.

1. We recognise that everyone has different levels of vulnerability and that each of us may be regarded as vulnerable at some time in our lives.

2. We commit ourselves to respectful care to all those to whom we minister.

3. We commit ourselves to the safeguarding of all people who may be vulnerable, whatever their age, and ensuring their well-being in the life of Copdock and Washbrook Parish.

4. We commit ourselves to promote safe practice by those in positions of trust.

5. We commit ourselves to promote the inclusion and empowerment of all people within our parish.

6. We are all responsible for preventing the physical, emotional, sexual, financial, and spiritual abuse of vulnerable people and have a responsibility to listen to and act upon any disclosures/allegations/concerns of abuse. All concerns will be logged and reported to the Rector, the Safeguarding Co-ordinator, or in urgent cases to the Bishop’s Child Protection Officer and/or the Police.

7. We undertake to exercise proper care in the selection of those who will work with vulnerable people.

8. Copdock and Washbrook PCC has adopted the safeguarding guidelines of the Church of England and this Diocese.

9. Each person who works with vulnerable people must agree to abide by these recommendations and guidelines and In the case of children, those involved must attend appropriate child protection training and have a suitable DBS (Disclosure and Barring Service) Check.

10. Non-compliance with this code of conduct will automatically mean that the person will not work with vulnerable people within church activities.

Copdock and Washbrook's Parish Safeguarding Officer is Teresaheath and can be contacted in case of any safeguarding concerns either by email, [email protected] or telephone 01473 730319